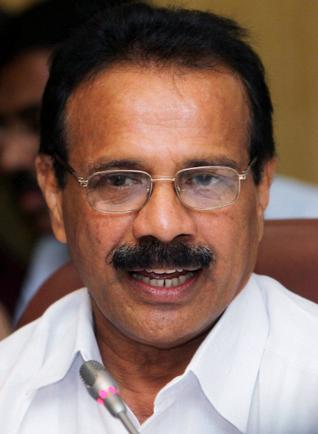 The ever-smiling staunch BJPian Devaragunda Venkappa Sadananda Gowda, popularly known as DVS, has been in politics since 1983. Born in 1953, he graduated in science, and had a brief stint as an advocate, before plunging headlong into politics through Akhil Bharatiya Vidyarthi Parishad (ABVP) and Jan Sangh.

Hailing from Puttur of coastal Karnataka, with a strong RSS background, he became an MLA from Bharatiya Janata Party in 1994. He then contested Lok Sabha elections in 2004. He entered Lok Sabha by defeating the now-central Minister Veerappa Moily.

He headed Karnataka BJP in 2006 as its state president, and was perceived as responsible for BJP’s victory in 2008, after which Yeddyurappa became chief minister. DVS was left with the daunting task of covering up the tracks left by the party’s Operation Lotus. However, he again focussed on national politics, after being elected as MP in 2009.

But the luck came knocking his doors in 2011, when Yeddyurappa had to quit the chief minister’s post after the corruption charges were levelled on him. D V Sadananda Gowda became Karnataka’s 20th chief minister purely by chance, with B S Yeddyurappa’s support. He was seen as a safe choice by Yeddyurappa who did not want another Lingayat to replace him.

During the brief period that he was the chief minister, Gowda claims to have addressed the issue of corruption through the implementation of the Sakala scheme which aimed to provide time-bound delivery of government schemes to citizens. The scheme is still in the early stages of citizen acceptance and adoption.

As a CM, he had a tough time covering the tracks of BJP’s three years of administration in the state ridden with scams, controversies and power wars. He headed the government for over an year, after which he was replaced by Jagdish Shettar as chief minister, once again at the behest of Yeddyurappa who felt that Gowda was getting too big for his boots.

In 2013, the BJP lost power in the state elections, however DV Sadananda Gowda won from his constituency. He is remembered as one of the efficient chief ministers. The fact that he is the Lok Sabha candidate from Bangalore North could only mean that his political stock is on the rise at least within the BJP.

This is the first time that Sadananda Gowda is contesting from a Bangalore constituency. He is seen as a more of a state-level leader. Thus his interventions/statements have to be seen at the state level.

Some news bits involving Sadananda Gowda in the recent past:

Performance as an MP

It is pertinent to remember that Sadananda Gowda was a second-term sitting MP when he was chosen as chief minister due to which he had to vacate his Lok Sabha seat. During the two terms that he was in office, he took part in various debates relating to Karnataka. Some of them include

His focus during debates was on topics broadly related to coastal Karnataka and agriculture.

During his tenure as a member of the Lok Sabha from 2009 – 2011, he asked 72 questions. Not surprisingly, they were focussed on Karnataka. During the same period, his attendance stood at a mere 48%.

Sadananda Gowda fell into a big controversy when he was accused of constructing a commercial building on residential land in HSR layout, South Bangalore, by merging two plots purchased by then-minister D N Jeevaraj and himself. This was apparently done without the consent of the BDA. In October 2012, the Karnataka High Court directed the BDA to cancel the allotment of the plot to Gowda on the basis that he had violated the sanctioned plan.

Another private complaint lodged in Lokayukta Court against Sadananda Gowda filed by one Nagalakshmi Bai alleged that Gowda had bought 8.5 acres of grassland in Bagalur in 2008 by allegedly submitting fake documents, out of which 7.5 acres were a part of the 29 acre earmarked for SCs and STs by the government. However, the complaint was quashed by the High Court for the simple reason that the complainant did not take necessary sanction from the competent authority (governor).

He is also seen as the one who approved Yettinahole river diversion project, against which people of South Canara are up in arms, as the project is perceived to affect the river Netravati – the lifeline of South Canara district.

Remembering Xerxes Desai and his passion for urban issues

While Xerxes Desai was well known for his work at Titan and Tata companies, there was another side to him – his passion for urban issues in India.

How generous are we?