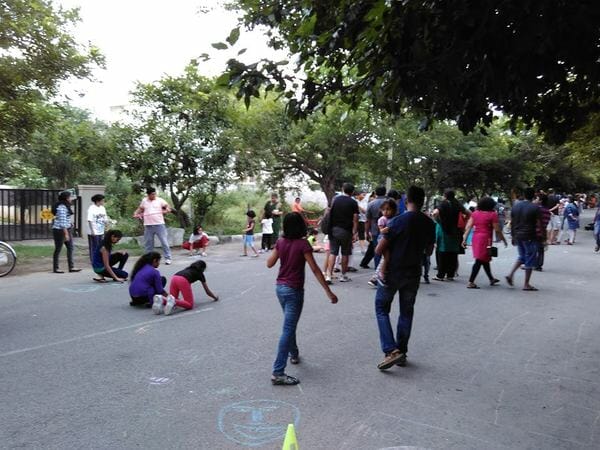 The vehicle-free street initiative being tried out at HSR layout as an experiment is a good idea, for reclaiming common spaces. Its success and viability, however, depends on ‘we, the people’, who are responsible for making it workable. It can be done, and I have seen it working elsewhere.

In Cambridge (UK), car owners park their vehicles on the periphery of the city and take feeder buses so that the city centre doesn’t get clogged. No one grumbles; no one seeks exemption; no one tries to break the rules. No fare concessions are offered, either.

Around Harvard Square in Cambridge (Boston, USA) I have seen VIPs like Edward Kennedy walk into a store, without any fuss because the approach street was for pedestrians only. He was, if anything, the most vulnerable among VIPs in the US, with two brothers including a president, assassinated. He still followed rules and walked, no gun-toting security guards tailing him, no siren to ‘make way for the VIP’.

I have also seen former US ambassador to India, the high profile J K Galbraith, walk down the same street inconspicuously and spend an hour browsing at the bookstore. Did I say “inconspicuous”? Hardly. He was a towering figure, around 6’6”, and stood out in any crowd. But he did not put on airs or seek extra privileges. He walked because that was the rule.

In Italy, I have seen several streets closed to vehicular traffic, in Rome and other cities, not just for one day a week but for always. It works. So why should it not work in Bengaluru? Italians are like Indians in many ways! The problem is the arrogance of vehicle owners who appropriate the roads as if they owned them, without a care for pedestrians’ rights or the convenience of the elderly.

We lack responsible use of roads

It is not merely the number of vehicles in the metropolis, but the sheer lack of responsible use of roads, the callous attitude to road discipline and for rules. Have vehicle, will maim and kill.  If you are a pedestrian, you better scurry and get out of my way. Count the number of two-wheeler riders (all educated, high income earning citizens, if they can afford fancy motorbikes, fancier sun glasses and branded designer footwear) who come at you down the wrong side of the road divider, just because they cannot be bothered to take a U-turn and come up the right way, to get to the bank that they are headed for. My flat faces a one-way road; routinely cars and two-wheelers whizz down the wrong way, to get to the fast food outlet. The police station is just round the corner. The solution? The one-way street board has been removed. Problem solved. Very typically Indian.

We want Bengaluru to be “like the cities abroad,” but don’t want the discipline that it entails. Not that we are incapable of discipline – these same citizens when they go abroad, will follow all the rules, look for the trash bin before dropping the biscuit wrapper or cigarette  butt.

How do we teach citizens to do their bit, to ensure that laws and regulations meant for our convenience work? The other day I was passing by a parked car along the kerb when the woman sitting in it tossed a paper tea cup out of the car window. The soiled cup nearly got me across my face. I chided her. She coolly retorted that since there were two other cups lying at the same spot on the pavement, it was “all right” to throw one more.

Another time, I scolded a school girl for tossing her toffee wrapper on the floor. She said, “But my teacher does the same.”

I have seen a politician’s car flout every road rule and speed away recklessly. The crowd milling at the bus stop merely mutters and makes way. No one dares to take down the car number – because the police would be powerless against the “VIP”.  I tried it once; the police said, “Enu maadokke aagolla, avaru VIP.”

Solution, anyone? How do we square the circle?

HSR Open Streets: Many happy, some bugged, all vocal
Some HSR residents to hit the streets this Sunday, others worried

Love of books brings these hundred people together at the Catholic Club. Founder of iBrowse shares her experience.

Why aren’t easy solutions to the problems that plague Bengaluru provided by government’s own agencies not taken into consideration while planning infrastructure? Why isn’t government doing anything?

“People with disability are worse affected by COVID-19”

People with disability are more vulnerable to contracting COVID-19 since they may seek help from others more often. Financial difficulties and lack of accessible information worsen the situation.