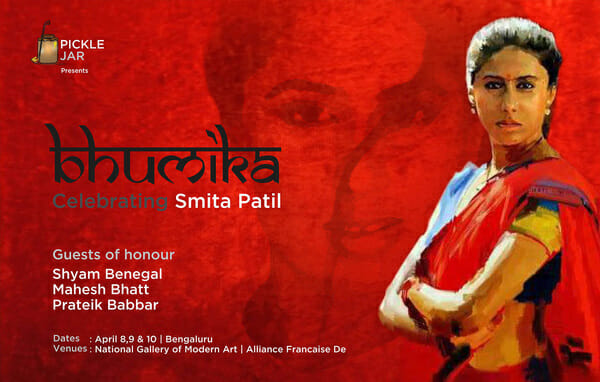 Trailblazer. Screen-scorcher. Essayer of powerful roles. Padma Shri and national award recipient who mesmerised the world in a short but brilliant career.

Say ‘Smita Patil’ and there is that special glint in the eye of movie enthusiasts who had the privilege of watching this charismatic actor on screen. Whether it was Bhumika, Manthan, Gaman, Arth or Mirch Masala, movie after movie Smita breathed magic into every role, transforming effortlessly into the character she played on screen. Achiever and performer extraordinaire, Smita would have been 60 if she were alive today.

Join us, a group of Bangaloreans, as we celebrate her life and cinema by screening nine of her movies across different languages, including Marathi, Tamil and Malayalam besides, of course, Hindi. All this over three days, beginning on the Kannada Ugadi habba and Maharashtrian Gudi Padwa festival, at the stately National Gallery of Modern Art (NGMA) in Bengaluru.

Renowned director Shyam Benegal, who drew out some of the finest facets of Smita the actor, has agreed to open ‘Bhumika’, the Smita Patil film festival, named after his own film. Mahesh Bhatt, whose Arth brought together two of India’s finest female actors, will be the guest of honour.

While the movies promise to be a treat for cine buffs, a collection of rare photographs featuring Smita as well as those shot by Smita will be on display at NGMA.

In tandem, at Alliance Francaise, the Bengaluru launch of the actor’s biography Smita Patil: A Brief Incandescence will take place in the presence of author Maithili Rao. We also wish to use the community-funded film festival as a forum to talk about two crucial issues that Indian cinema faces today: ‘Whither Parallel Cinema?’ and ‘Locating Women in Mainstream Indian Cinema’.

The festival will give us the perfect opportunity to hear both seasoned and fresh voices from the Hindi and Kannada cinema industry who are acting, directing, scripting, producing and collaborating on some sparkling work. This will be our tribute to what Smita so uniquely epitomised in her time – a new language of cinema which was also redefining and recasting the role of the woman, both on the screen and behind. Her Bhumika. 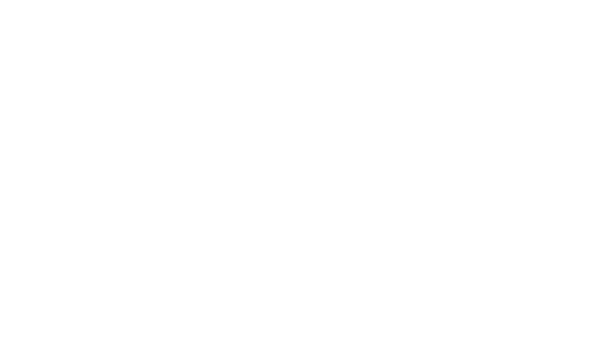 Special screening of Arth at Alliance Francaise on April 9th, followed by a panel discussion and the Bengaluru launch of the book ‘Smita Patil – A Brief Incandescence’

Click here to register for the event on April 9th.

Through the roles that she breathed life into, largely in parallel ‘new wave’cinema, Smita Patil became the face of a woman of substance whose vitality and vulnerability were anchored in the diverse cultures of India. The strong Amma, a slum dweller caught in a ‘chakra’, the wheel of life, in Chakra; Sonbai, the fiery spice factory worker fighting off a lecherous official in Mirch Masala; the rebellious Hansa Wadekar in search of identity and self fulfilment in Bhumika; the intense, demanding and unstable Kavita in Arth; the committed social worker Sulabha who walked away from all conventional roles that society defined her by in Umbartha – through all these and many more renderings she defined herself not only as a consummate artist pushing the cinematic boundaries of what was defined as feminine but also as an empathetic feminist activist who lived out her convictions in real and reel life.

What legacy did Smita the actor and woman leave behind for the coming generations of female actors? What implications did it have in terms of recasting the ‘Indian woman’ in Hindi and other regional cinema? How much did she and others of her generation influence the industry as a whole, which was and continues to be masculinised? Have women like Smita Patil been able to impact on the presence of women within the industry at different levels and in different capacities – technical and creative?

Has the current generation of younger women who are unafraid of pushing boundaries and taking on path-breaking roles both on screen and off as producers, directors, script writers and editors been able to challenge the structure of thinking and functioning with the industry? Are they able to challenge and reflect the multiple new realities that women find themselves facing today?

These questions and more will be at the core of this panel seeking to evaluate/reflect on the location of women in Indian cinema and the film industry.

In the 1970s and 1980s, the Indian film audience was treated to a new flavour of cinema. Unassuming faces took centre stage, bringing to life stories of those living in the margins. Women-centric movies, subtle humour, ghazals, political and social commentary found space in these storylines. The best part of the so-called parallel cinema movement was that it had a dedicated following – not just of gifted actors and directors but also of cinema halls and audiences that formed alliances that cut across barriers of language and regions.

The parallel cinema movement that Smita Patil was an intrinsic part of will be the prism through which we examine the position of cinema. Has the change in viewing culture – from large cinema houses to multiplex cinemas – changed the game?

Have smaller but compelling films with heart and soul like Vicky Donor, Piku, Masaan and Angry Indian Goddess among others blurred the lines between Popular and Parallel, Art and Mainstream?

Is there such a thing as parallel cinema today or has it outlived its purpose? Or has it been recast in the context of current political and economic realities?

…and many enablers who form Team Pickle Jar

For more info, drop an email to picklejar.bangalore@gmail.com.

About Surabhi Shastry 1 Article
The author has not yet added any personal or biographical info to her or his author profile.

Sakina Manzil: a refreshing take on the freedom struggle

The play takes you to the pre-independence era and gives new insights into the freedom struggle. Dim romantic lights, old transistors and carefully picked nostalgic music make for a memorable experience.

In a meeting last week, the Upa Lokayukta questioned as to why the BBMP allowed the construction to continue when the project did not have the necessary approval.