The National Green Tribunal has delivered a landmark judgment against the massive SEZ project coming up on the wetlands of Agara and Bellandur lakes. The Tribunal has imposed a penalty of Rs 130 crore on Mantri Techzone and Core Mind Software Services, along with passing other important orders related to the case. What’s more, they have also pronounced orders to regulate construction near lakes. 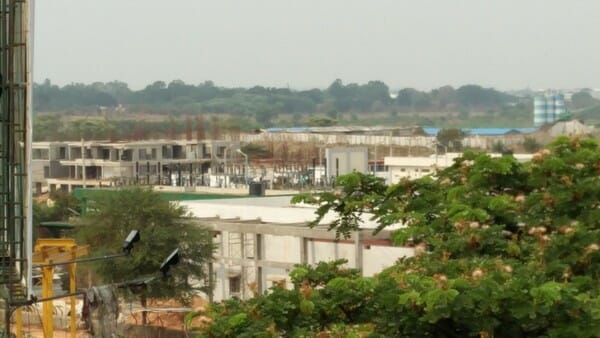 A picture of the construction on the lake bed as on April 6th 2016. Pic: Shree DN

Today, with this judgment, as citizens feel a little more hopeful about saving Bengaluru’s lakes/wetlands, we look back at the past few years of solid journalism behind these stories: The full saga here »

Living by the lake

Meanwhile another real estate project coming up on the wetlands of Kaikondrahalli lake got the go-ahead from the National Green Tribunal, after the developer modified the project plan. Here’s an update »

It is yet to be seen if and how the Agara SEZ judgement will affect this and other such projects.

Getting a khata without paying a bribe is possible!

Multiple calls and visits to BBMP offices, tackling multiple subtle and direct demands for bribe… Long and tedious as the process is, this group of citizens proves that getting a khata without paying a bribe is indeed possible. Here’s how »

With citizens of Bengaluru queuing up to pay property tax, the system has many issues – most importantly, the payment database has not been updated. S Srinivasan talks about the problems with property tax payment system.

Also read: How to pay property tax for 2016-17. (UPDATED for rollback of zonal change classification)

BMTC says no to safety alarms because ‘BMTC buses are safe’

In early 2015, a safety alarm that allowed women notify fellow commuters about harassment was piloted in five BMTC buses in 2015. Since then, it has been waiting for a go-ahead from BMTC to install it in other vehicles. Here’s why »

The lives of garment workers

KSPCB recently introduced new norms for STP treatment that is going to affect apartment STPs. Why incur a huge cost, when there is a simpler, cheaper option, asks Dr Ananth Kodavasal. Read: Managing sewage at no cost – biogas is the answer.

Changemakers in the city

Bengaluru is witnessing citizen-led campaigns to end the plastic menace in several wards. Hagadur and Donnakeundi are the latest to join the bandwagon.

Many a time, unmaintained plots become spaces for dumping garbage. Here’s how a citizen ensured that one such plot didn’t go that way, and became the children’s playground it was supposed to be. Read: B.CLIP participant helps convert a garbage dump yard to a playground.

In the footsteps of the teacher

You probably would have heard the song Krishna Nee Begane. Do you know who composed it? Read Chitra Srikrishna’s post on Vyasarya, the composer and the man who was his guru, Sripadaraya.

When a stranger asks for your number…

Those strangers who strike a conversation with you during bus journeys – what might be their motive? Have you faced any business-minded persons trying to extract contacts?

“Govt decision to replace AC buses welcome, but not enough”

The recent government decision to replace Volvo AC buses with regular buses is welcome, but more should be done to provide quality service to all commuters, says the collective Bengaluru Bus Prayanikara Vedike

How to make Bengalureans choose the bus?

May 12, 2021 Tanushri Dalmiya and Anushree Chokappa

BMTC, with 6775 buses, has one of the largest transport networks in India. Bengaluru, however, has the highest traffic congestion. And, buses can be the solution.