This is the second, no, the third time I have had problems with invaders of the pedestrian pavements in Bengaluru. And this time I have had the most painful experience which I blame solely on the cops for not controlling. I have a huge and painful gash on the front of my shin where there is hardly any flesh and what makes it worse is I am a chronic diabetic. 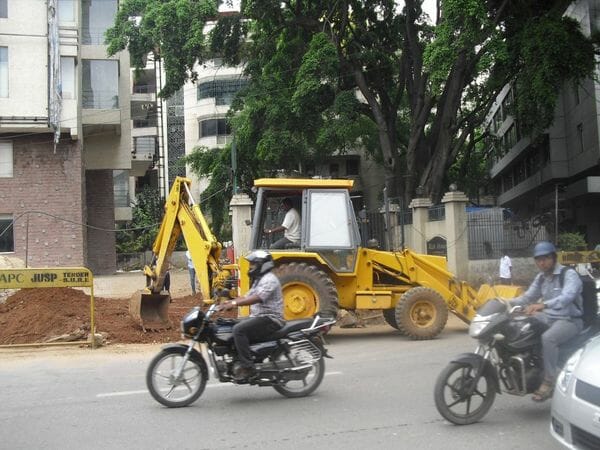 Digging on the other side of Richmond Road. Pic: Mariane D Nazarath

Three scooter-borne jay riders were racing down Hayes Road on the wrong side of the road while I was on the pavement. To avoid an oncoming large vehicle, they climbed the pavement, hit me and careened off with no one to stop them. No—I never got their number and they must be climbing other pavements in Bengaluru, without a care.

After getting hit, I was very shaken and unable to think, let alone take down any number.  Everyone around were concerned asking ‘Madam are you ok?’ But no one thought of taking down their number and they got away. This riding down Hayes road on the wrong side is a daily occurrence and the riders dont care as there is no policeman to stop them. If walkers try to stop them they come into them and get aggressive. 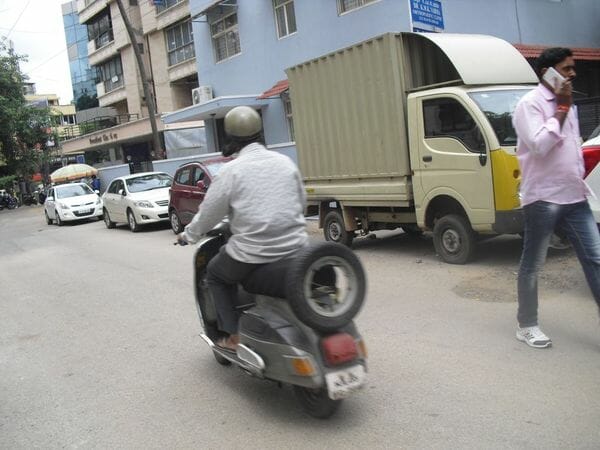 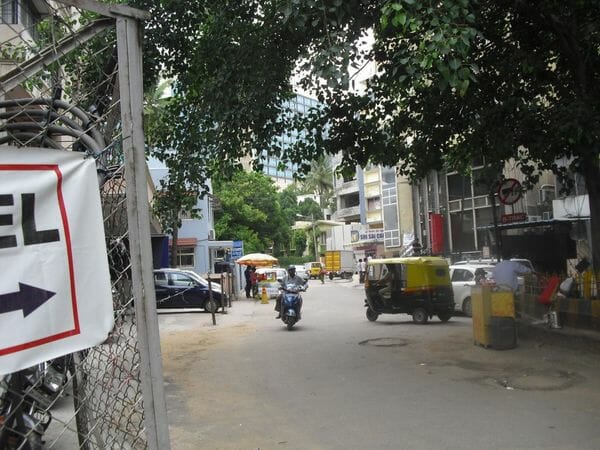 Another example of scooters on wrong side, on Hayes Road. Pic: Mariane D Nazarath

This is not the first time articles have been written about ‘jay riders’ on pavements. To get ahead at any cost, bikes in Bengaluru have been riding the pavements and putting many pedestrians lives in danger. Not only do bikes speed up on the pavements, they have the audacity to honk at walkers who are walking on the pavement ahead of them. It is basic road sense that the pavements are for pedestrians to walk and be kept safe from racing traffic.

Resident of the city Asha Pinto says, “When are these bikers going to be taken to task? They have become such a menace… fearless, arrogant and above all, cowards who flee for their lives after nearly taking away someone else’s?” 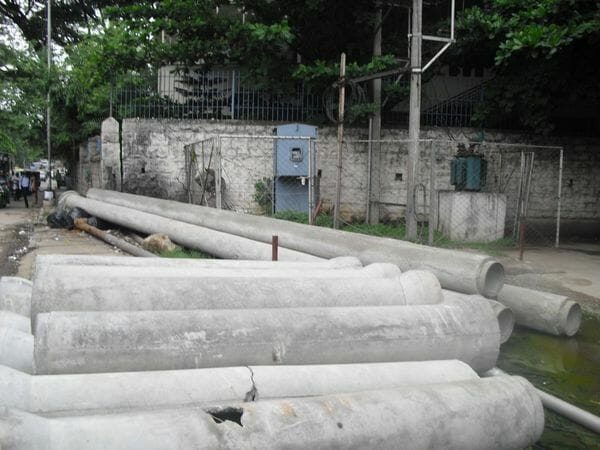 “I had the most terrifying experience of a taxi driver having parked on Richmond Road near the pipes left by the BWSSB for over a year infront of The Mysore Tobacco compound. There is no space left to walk on the pavement and this guy had half his taxi on what was left. Trying to push past him I squeezed his mirror shut and in seconds he was out the door screaming and coming to hit me, demading why I had closed his mirror,” says Farah S.

“I walk down to Bamburies rather than take an auto which would go round and round,” says Geeta C, “for my meat supplies. I find it easier to walk to Bank of India as well from our building on Richmond Road. However the racing motorbikes and scooters on the pavement are terrifying for an older person like me. Why can’t the police look into the problem and fine offenders huge sums to deter them?” 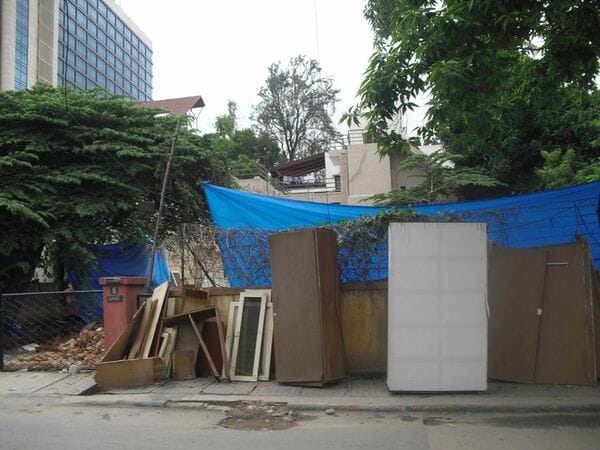 On Richmond Road the authorities are digging up one side and pipes are thrown haphazardly on the other side forcing pedestrians to walk on the road in the face of racing traffic. (see pictures)

All the residents of the city who were spoken to were annoyed with the traffic police who did nothing to curb the menace. If these offenders are fined severely or their licences revoked for multiple offences there will definitely be better discipline among bike riders. At the moment they have no fear and often attack pedestrians if questioned.

If large hoardings are put up warning bike riders of the consequences, then and only then can pedestrians question knowing that they are within their rights and the offenders will get off the pavement.

Despite three reminders, more than 900 health units have still not registered. Collecting bio-medical waste from these clinics has become a big problem.

What is “free” about Free Software, who are the people advocating free software and why?