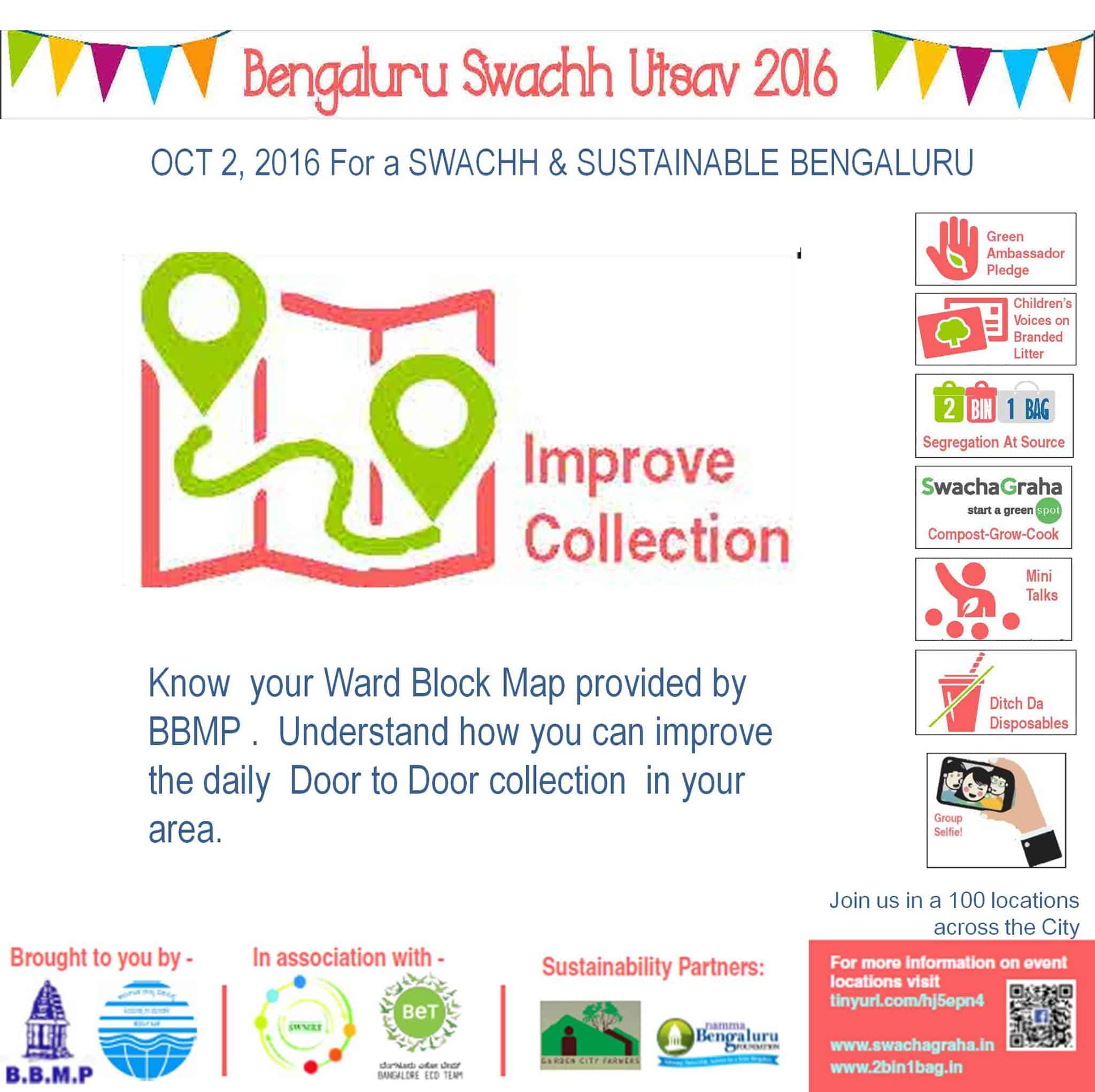 With just a day left for Gandhi Jayanti, various citizen led groups have planned to organise cleanliness programmes in various locations of Bengaluru on October 2nd.

Here are the list of cleanliness programmes to be organised across the city as part of the Bengaluru Swachh Utsav 2016. The programme is organised by the Solid Waste Management Round Table in association with BBMP and KSPCB. The campaign which will be kicked off on the day of Gandhi Jayanti, will continue for the next one year, to create awareness about waste management among citizens.

It includes, emphasising on door-to-door waste collection, green ambassador pledge, children’s voices on branded litter, 2 Bin 1 Bag segregation, composting at home, mini talks and group selfie. The event will be held from 8 am to 6 pm.

Interested citizens can visit their nearest event venue and be a part of the programme.

Here is the list of locations where the Swachh Utsav has been organised on October 2nd:

City-based NGO “Let’s be the Change” too is organising spot fixing programmes on the occasion of Gandhi Jayanti. The Biggest Cleanliness Drive will be organised at Kempegowda Bus Station on Sunday starting at 7 am. Over 350 volunteers are expected to participate in this cleanliness drive that intends to give a makeover to the Kempegowda Bus Station.

Vasanthnagar Residents’ Welfare Association will host community cleanliness drives in the neighbourhood. The programme is supported by BBMP. The drive is “to create an awareness among residents and owners of commercial establishments regarding waste management,” says the Association’s Facebook page.

What’s TDR to you?

How do you go about widening roads when there are private properties, trees, and urban clusters in the areas proposed for widening? Can these be demolished for the sake of ease of everyday travel? Enter TDR. Zainab Bawa walks you through.