The Karnataka State cabinet accepted the interim report of BBMP Restructuring Committee, with an in-principle decision to divide Bengaluru into three municipalities. The Committee which has come up with plans on how to restructure Bengaluru City felt that dividing is the best way to rule this city, and suggested that there could be a structure of five to eight municipalities. The interim report was submitted to the government on March 19th, 2015.

With this, it has become certain that Bengaluru will be divided into three or more pieces. If this happens, you will not have to travel all the way from K R Puram to Hudson Circle, to see what your councillors and mayor are doing in the corporation. The process of restructuring also promises to solve the problem of garbage, water, roads and other issues you face in the big broken Bengaluru.

The structure of the division is not finalised yet. It will take the completion of ward delimitation process, and submission of final report of the Committee to draw the boundaries of divided Bengaluru. While Bangalore Political Action Committee (BPAC) has suggested a five-way division of the city based on geographical and administrative considerations, Indian Institute of Science (IISc) has suggested a three-way division based on topography of the city. 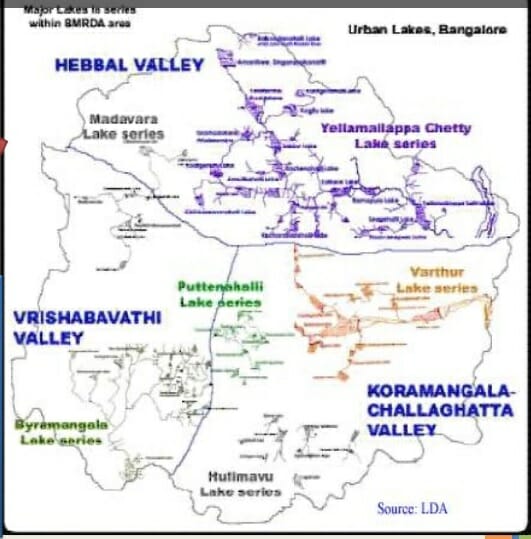 More municipalities not ruled out

V Ravichandar, urban expert who is also a member of the B S Patil Committee, told Citizen Matters that the Chief Minister Siddaramaiah has in principle agreed to form more municipalities if required, if the data shows the requirement. The data analysis is being done by the Committee. The Committee is supposed to complete its work in June 2015.

The report that has been placed online on the Restructuring Committee website has explained that the idea is to have a three-tier governance for Bengaluru. The report explains that the first level would be ward level, where ward committees will work along with councillors. The second level would be the municipal level, with a mayor and a commissioner. Two zonal councils will exist within a municipality.

The third level would be the Greater Bengaluru Authority, with the Metropolitan Planning Committee as its governing body. This body will have two thirds of its members as people’s representatives, who will be councillors or mayors drawn from the local municipalities. One third of the members will be experts. This body will look into the planning of the region, plan enforcement and administration.

The Committee has three more months to complete its work. In this time, the Committee will also examine if there is any need to amend the existing Karnataka Municipal Council (KMC) act and other acts, check the missing points in the related acts and suggest amendments to accommodate the proposed structure.

The proposal would be to have a separate act to govern Bengaluru, that will accommodate the regional layer of the Greater Bengaluru Authority, with its own elected mayor in the long run. This will be enabled by a new Bengaluru Region Act, an act meant for governing Bengaluru, which does not yet exist in any other city in India. This, according to the report, will also ensure the Brand Bengaluru does not dilute.

Interestingly, such a separate bill to govern Bengaluru imagined even in the ABIDe task force report published in 2010, Plan Bengaluru 2020.

The Committee so far has consulted 16 MLAs, 28 Corporators, senior officials of 20 government agencies, six Institutional groups and over 1000 citizen representatives of RWAs / NGOs across eight BBMP zones. The website received more than 70 suggestions by citizens.

The Committee reviewed over 50 reports of literature on municipal governance from Indian and International cities. Currently data collection on the amount of money spent on Bengaluru by various agencies is underway, along with GIS mapping of the entire city with around 145 layers of information, that includes properties, water, lake, transport and so on. A scenario of how Bengaluru will be in 2040 will be analysed and required suggestions will be made.

The stakeholder consultations highlighted the public sentiment of resentment over a failed system, with garbage, water and road problems in parts of the city, leakage in civil contracts and other problems.

Read the copy of the interim report below:

BBMP notice to commercial units in residential areas: a primer

Why did BBMP issue notices to commercial establishments? How is it related to master plan? Many such queries answered.