In the last two decades, Bengaluru, India seems to have let go of the moniker “The Garden City” and adopted some new ones: “IT City,” “Start up city,” “The Silicon Valley of India,” after tech companies set up base in the city and attracted millions of migrants. Having grown up in Seattle, the birthplace of tech-giants Amazon and Microsoft, I was interested to learn this before I left for a three-month stay in Bengaluru. What similarities there must be; two cities experiencing the brunt of the tech-boom.

Like Bengaluru, Seattle is one of the foremost spots for startup growth. Amazon’s occupies 10 million square feet of office space in Seattle’s downtown neighborhood. American media reports have claimed Amazon has “colonised,” or “swallowed,” or “eaten” the city. And hostility between tech transplants and “true Seattleites” is common. 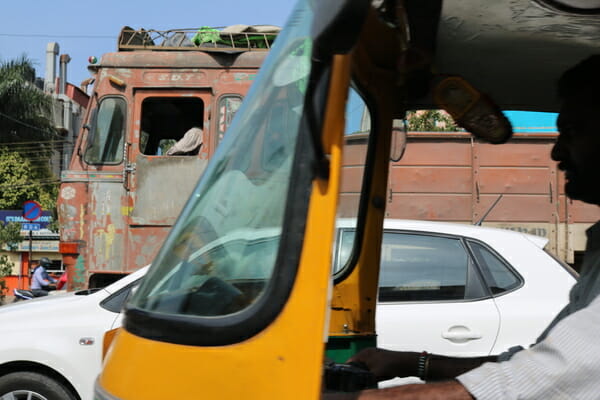 One of the greatest issues facing Bengalureans is traffic. Pic: Kate Clark

Seattle and Bengaluru have had some similar experiences as a result of the tech-boom, a perceived loss of culture and subsequent identity crisis being big ones for both of them. But when it comes down to who bore the brunt of the tech-boom, India takes the cake.

From 2001 to 2011, Bengaluru’s population grew 47 percent and became nearly twice as dense. In that same time, Seattle’s population grew about 8 percent: “healthy” growth for an American city. In 2014, Seattle was the fastest growing city in the US after it grew 2.8 percent from 2012 to 2013. As a result, Seattle has its very real problems: housing affordability, gentrification and homelessness. Both cities have experienced a lot of tech-driven growth, just on different scales. It makes sense the problems each city is dealing with would be on different scales too.

Most Seattleites would never think of facing the problems created by the population boom in Bengaluru. Lack of water and sewage lines, pollution in the air and lakes, an excess of garbage without proper mechanisms to get rid of it, trees cut indiscriminately to make room for construction, traffic congestion, insane commute times and for some of the 40 percent who called Bengaluru home long before the tech-invasion, a general longing for what the city used to be. Infrastructure in Bengaluru has not kept up with the growth, the government has remained myopic and citizens are paying the price.

“The history is almost consciously being forgotten”

Texas Instruments built the first Research and Development center in Bengaluru in 1985, after which several other multi-national companies followed. In the blink of an eye, this sleepy, family suburb was the center of the tech-park culture boom in Bengaluru. Ravi Kumar (name changed) has lived in Whitefield for 18 years and is an employee of an American company with a base in Bengaluru. He says once ITPB and the neighbouring Export Promotion Industrial Park arrived, there was no looking back.

“Whitefield epitomises what has gone wrong with Bengaluru,” Kumar said during the neighbourhood tour he took me on, proudly pointing out the surviving colonial-era bungalows. “Bengaluru was a very charming place and it was the best city in India in many ways and I am not exaggerating… But let me say, in 20 years the real charm of Bengaluru is gone.”

After briefing me on the deterioration of Whitefield and the greater Bengaluru area, Kumar took me to The Waverly. The 19th century bungalow used to be an inn where, according to many Bengalureans, Winston Churchill once stayed and courted the inn-keeper’s daughter. Today, the house is owned by Vivian D’Souza, and despite its age, beauty, historical importance and distinctive qualities, it is not a protected landmark. D’Souza is maintaining the large property with no help from the government. He said he has thought seriously about leaving, but having lived in Whitefield for 40 years, he doesn’t know where else to go. 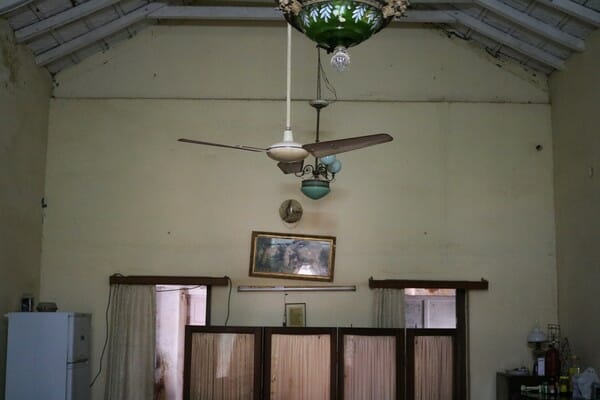 A peek inside the Waverly. Owner Vivian D’Souza said he needs a fan in every room of the house now. Pic: Kate Clark

“That is the price we have paid for progress,” D’Souza said. “It is no longer what it used to be. Whitefield used to be one big family in the old days. Everybody knew everybody. Now a days, nobody interacts with one another.”

Krupa Rajangam, a lead researcher at the Bengaluru-based architecture firm Saythu, took it upon herself to document the unique histories of Bengaluru’s neighborhoods and historical spots, like The Waverly. In 2009, she started the Neighborhood Diaries. She visited several neighborhoods throughout Bengaluru, talked to residents and developed multiple short-films. She discovered the feeling the culture is being corroded is not unique to Whitefield.

“What is happening in each of these neighborhoods kind of represents the crisis in Bengaluru–that it clearly has no cultural heritage or identity,” Rajangam said. “There is no identity left. Every place looks like every other place, which is not a comfortable feeling… The history is almost consciously being forgotten.”

Rajangam said instead of focusing efforts on preserving heritage, or even improving infrastructure, many in positions of power are caught up in the Silicon Valley effect and continue to invite companies to Bengaluru.

“They want to be like Singapore,” Rajangam said. “They see all of this cultural stuff [as] in the past, that [it] needs to be left behind.” 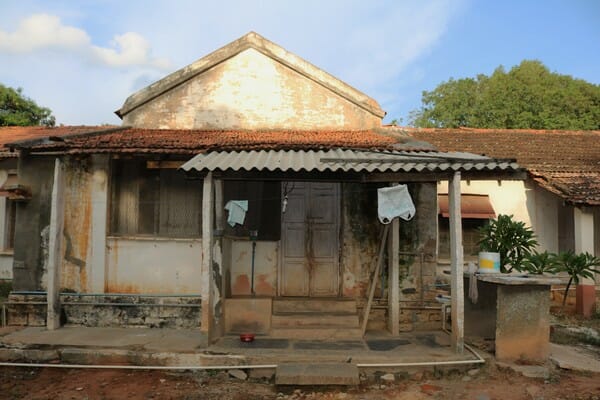 The Waverly, a colonial-era bungalow in Whitefield. Pic: Kate Clark.

Kumar expanded on this. He said the government has asked these companies to come here, to invest in Bengaluru. How are the companies supposed to know it’s a stupid investment, he asked. Even when companies are willing to help the government with its needed infrastructure overhaul, little progress is made, he added.

The nostalgia for the past is something Seattle and Bengaluru have in common.

Much like the Neighborhood Diaries, Seattleite Jaimee Garbacik created Ghosts of Seattle Past, a “collaborative map of places loved and missed in a rapidly evolving city.” She said the purpose of the project is to share, to feel heard and to tell stories.

“You can’t stop progress and development, change and growth, but we can create art about our memories,” Garbacik said in an email. “We can tell stories and sing songs about what was once here, write books and make sure Old Seattle is not forgotten.”

Both places are trying to protect their city’s collective memory. A key difference is who citizens blame for the need to protect it at all. In Bengaluru, you’ll have a hard time getting someone to praise the city government. Bengalureans, logically, blame them for the city’s problems. They don’t blame the migrants. The idea that the tech companies and all they represent are evil isn’t pervasive here as it is in Seattle. 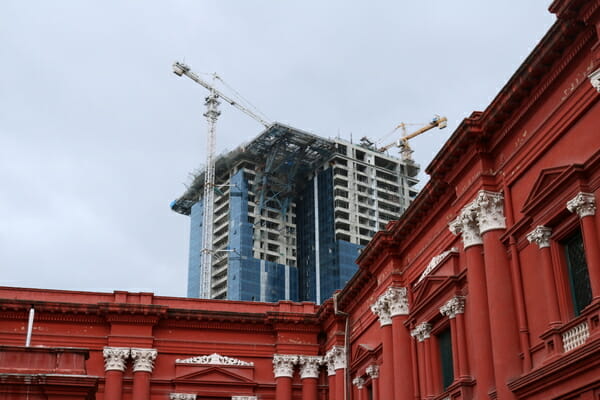 A building under construction near Government Museum. Pic: Kate Clark

“One has to be pragmatic about these things, what is the point of saying migrants have come into a city and ruined it?” said Maureen Gonsalves, cultural programmes coordinator at the Goethe-Institut and a Bengaluru resident since 1980. “It is a fact of life. We have to work around it, integrate them into our city and our culture and make them part of it.”

Gonsalves wasn’t the only one with this perspective: “I don’t blame the migrants. Migration is everywhere, it has always happened in world history,” said Dilip Rao, a Whitefield resident of 51 years.

‘I came here to get away from you’

On the contrary, it isn’t uncommon in Seattle for someone to vocally blame a techie for “ruining Seattle.” There is anti-corporate/anti-tech street art that reads “We came here to get away from you,” among other less-than-friendly messages to techies and tech companies. You can buy gear with the phrase “Keep Seattle Hostile.”

In Seattle it’s cool to be unfriendly to newcomers and if anyone is going to get the worst of the “Seattle freeze,” it’s going to be tech-transplants. Whereas in Bengaluru, the general response to my questions about feelings toward tech-migrants were warm. They said they welcome the talent, despite the damage it may have caused.

Then again, the biggest problems in Bengaluru come from a lack of infrastructure. In Seattle, there may be a shortage of affordable housing, but the city had basic infrastructure covered when the population began to increase. Arguably, the Seattle city government had done its job right. So, who else is left to blame for the changes in the city other than the techies themselves?

“The local press and culture has just accepted as fact that new jobs have all kinds of negative impacts, including hate crimes,” Roger Valdez said in an email, director of Smart Growth Seattle. “This kind of progressive xenophobia is what I would consider to be the unfortunate consequence of new people; but it’s not the fault of new people coming here, but the people already here who are resentful of new people coming here for jobs.” 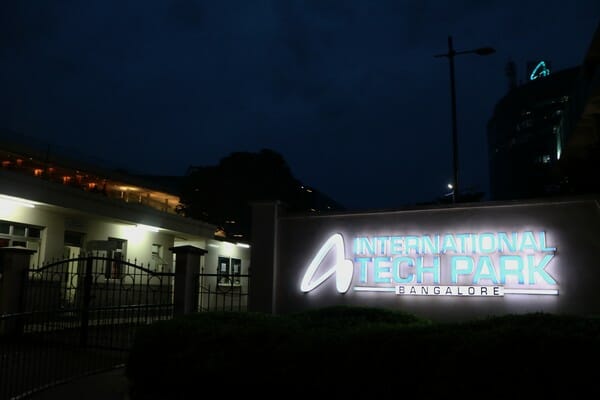 Still, data doesn’t lie. Seattle is one of the fastest gentrifying cities in the US. Grist ranked it #4 last year with 50 percent of eligible neighborhoods gentrified. Capitol Hill and 23rd Avenue in the Central District have come to represent the “g-word,” both homes to disenfranchised communities that are becoming hotspots for expensive apartments only an engineer could afford. Seattle is at a crossroads; the city has to build more housing to accommodate the population, but they are up against crowds of anti-development folk. Some who see any development as gentrification or as a deterioration of the beloved Seattle culture, and others who don’t want to see any development at all.

Valdez said Seattleites shouldn’t waste time and energy worrying about preserving neighborhood character when there are bigger issues at hand.

“Neighborhood character can’t be “preserved” like a mummy or strawberries from grandma’s garden,” Valdez said. “We may not like the way a neighborhood feels now compared to the way it felt 20 years ago. The point is change happens, it is inevitable and it makes no sense to try and stop it. Instead, allowing more housing, even when it appreciably changes character, is the sure way to keep all neighborhood accessible to people of all incomes.”

Garbacik touched on this: “I think it’s a misnomer to think that the vibe you ascribe to your city is in any way universal,” she said. “…A city is experienced in a lot of different ways by its inhabitants, and while that’s ever-evolving, there isn’t one static culture that we once had and have now lost.”

‘Losing IT city tag could be good for Bengaluru’

Now Bengaluru, like Seattle, is at a crossroads. There’s no telling how long it can maintain its reputation as the “IT City” with such a struggling infrastructure. Recently, Sid Arora of The Diplomat wrote that other Indian cities are catching up and may be more appealing to multinational investors. He argued less pressure on Bengaluru to be the “IT City” might be good for its residents, lessening the traffic, giving more time to improve the infrastructure and allowing the city to develop its own identity.

For Seattle, tech is a permanent fixture. Its challenge is to continue to merge, if possible, its dichotomous populations.

“Seattle is a teenager, a growing but currently awkward city whose limbs and reach are longer than its spatial awareness can keep up with,” Garbacik said. “It hasn’t fully formed its identity yet, nor figured out how to be accountable and responsible to everyone around it.”

A tale of two cities: Seattle and Bengaluru
Will Detroit story repeat in Bangalore?

A 50×80 piece of land located amidst prime real estate in JP Nagar is now the site of a new community gardening initiative. Bangalore’s gardening movement has carved a new milestone.

How many of us take the time to really reflect on everyday experiences and change our worldview?

Bangaloreans on the Run