The death of 19-year-old Sanjay Aditya Giri on November 29th, as he was crossing the Outer Ring Road at Bellandur isn’t a one-off tragedy. It is an everyday reality for people who have chosen to live on that stretch.  On December 6th, residents of the neighbourhood plan a human chain to demand skywalks on what is one of Bengaluru’s busiest roads. 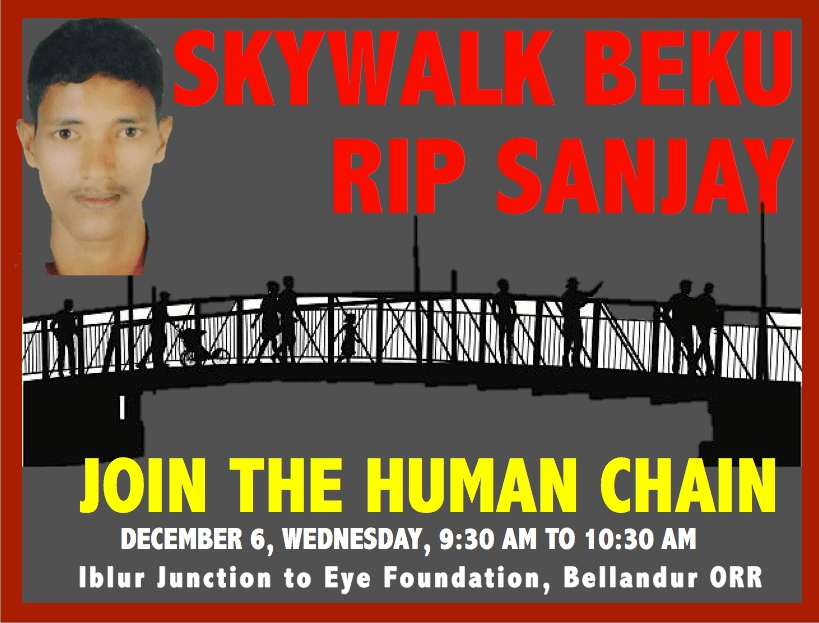 Skywalks and better pedestrian facilities are not a new demand. In 2015, just before the BBMP elections, citizens met with candidates, including Asha Suresh who won the elections, as well as the Mahadevpura MLA Arvind Limbavali to request for a skywalk between Eye Foundation in 2015. Again in May 2017, Akme residents requested a skywalk from Eye Foundation to the other side of the road (Sobha apartments) and then maybe extend it — connecting bus stops, namely — up until Ibblur Junction. The one kilometre stretch sees motorists zip down the Bellandur flyover with little consideration for pedestrians.

Both leaders accepted that there was a need for the skywalk. For the next two years, even though residents followed up with both the elected representatives about the poll promise, nothing came out of it.

Meanwhile accidents continued to occur with pedestrians the most affected. At times, school buses drop off children on the other side of the road. Residents are forced to drive their cars to drop their kids. 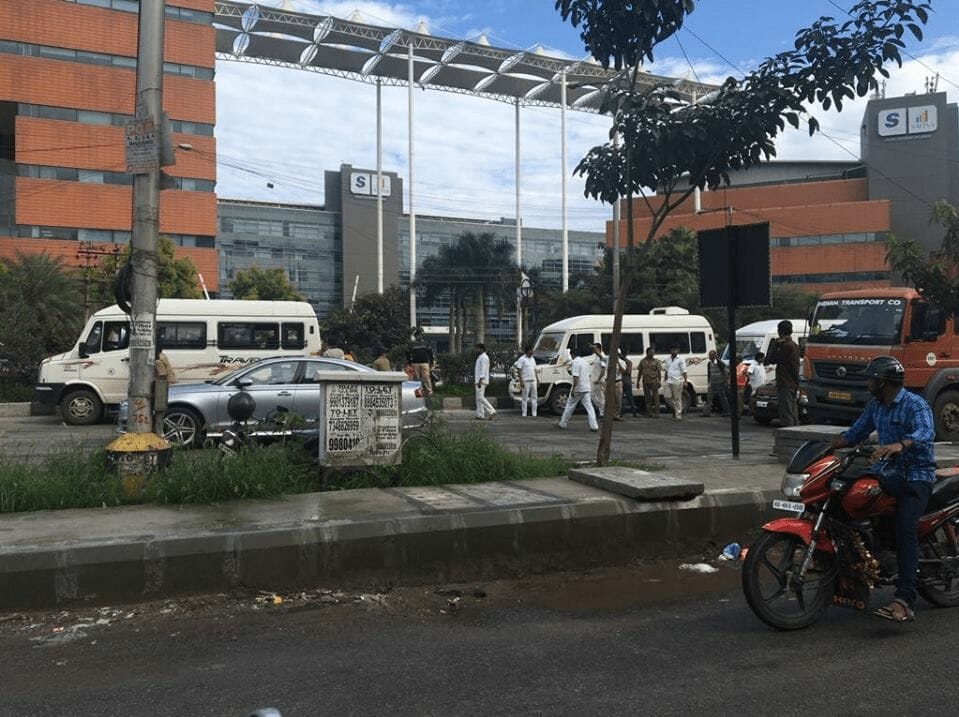 Traffic police were of the opinion traffic signals could not be used to regulate the flow, since ORR is meant to be a signal free corridor. BBMP argued that with a metro line planned on the stretch, it makes no sense to build a skywalk which would eventually be dismantled.

While complaints have been filed through ichangemycity.com and online BBMP portal, no action has been taken yet.

On November 29th, Security Guard Sanjay lost his life as he peeped over the hedges to see if it was safe to cross the road for his shift. How many more lives should be lost before the government wakes up and fixes the problem?

More people voted in this election than in 2006. But the voters’ woes were the same as in any election. Confusion ruled the day.

No waste inside this Malleswaram mutt

The Chitrapur Mutt in Malleswaram practices 100 per cent waste management and does not throw away any garbage.