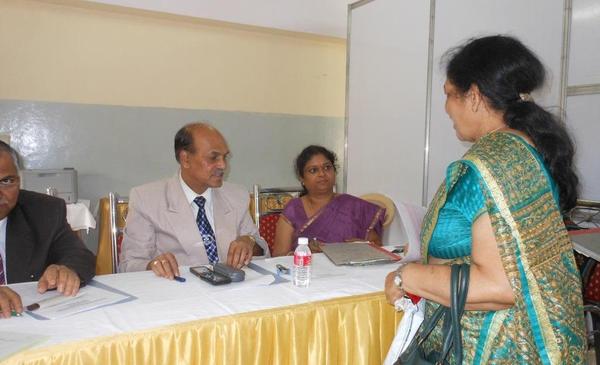 The aim of the Lok Adalat was to resolve allotment or possession cases of BDA sites. Such an adalat would also minimise the need for citizens to approach courts and spend money on lawyers and face never-ending litigation.

At the inaugural function, Justice N K Patil, the judge of Karnataka High court pressed on the need to evolve a mechanism to dispose off the cases pertaining to Bangalore Development.

Justice L Narayanaswamy said, “This adalat will educate people about their rights and will serve them to address their disputes. The delay in disposing the cases itself is an injustice, which amounts to infringement of right to life.” He asked people to step forward and solve their issues and ask officials to discharge their duties fairly.

Around 346 cases were listed to be heard at three court halls in the BDA headquarters. Out of these, 112 cases were settled. Buyers were intimated beforehand via a letter. BDA Commissioner, T Shyam Bhat gave assurance that the cases taken up in the Adalat will be solved there itself and justice will be administered to the affected.

He said, “Among 8,813 sites in Arkavathy, 3,600 are litigation-free without any changes. In two days, 1,400 cases will be addressed. BDA will make efforts to address issues related to 5000 cases by this month. In the next month remaining cases will be taken up for hearing and try to make its disposal easy,” said Bhat.

On hearing the news that BDA will be conducting Lok Adalat, allottees of other layouts whose sites have been under litigation flocked into the event with the hope that their long-pending issues will be solved. Little did they know, that they shouldn’t have been there. They called it joke adalat.

N Venkatesh, an engineer, had purchased a site in Sir M Vishweshwaraiah Layout almost eight years ago. His site was in a land caught up in the denotification scam- 2012. He said, “Lok Adalat is attending to issues which should be handled by BDA on daily basis. They are not solving major problems.” He has filed a writ petition in the High Court regarding this.

There were also other allottees of Thanisandra Layout present at the BDA office. A 63-year-old, A J Mohideen has been waiting for possession of his alternate, small 30 x 20 site for the last eight years. After a lot of try, he along with another purchaser had filed a petition in the court. His case couldn’t be attended today as the hearing was only for the Arkavathy layout. However, he was happy to know that he has been allotted a new site and the same was sent to him via post.

While to some lok adalat was a joke, some allottees of Arkavathy Layout heaved a sigh of relief.  After getting new sites, they were asked to submit their documents.

This time around, the judiciary is in no mood to allow Bengaluru’s city government to hoodwink its verdict on breakdown of zoning. A citizens’ group has been relentless to the hilt.

Is the war memorial project legal? That is what is before the High Court as the case comes up for a verdict this week or next.