Here is yet another example of conflict between two civic agencies. Bangalore Development Authority (BDA) and Bruhat Bengaluru Mahanagara Palike (BBMP) are at loggerheads over managing the 11 lakes entrusted to BDA in 2009, for rejuvenation. The tussle will affect the maintenance of the lakes which have been fenced and are on the road to rejuvenation. It will also result in wastage of public money spent on these lakes.

Twelve lakes located in various parts of Bangalore, including M V Layout, ITI Layout, Banashankari 6th Stage, Anjanapura and Arkavathi Layout were given to BDA from the BBMP. 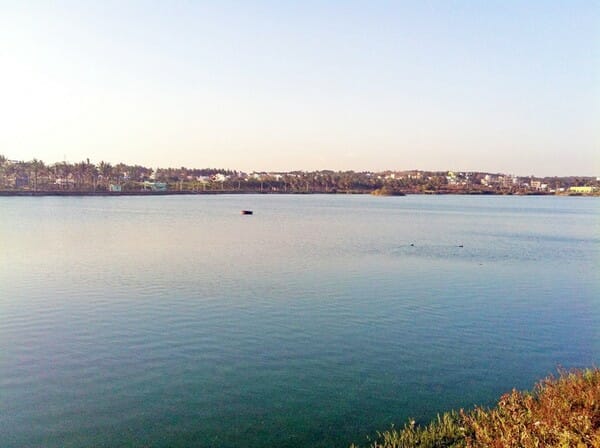 The BDA was given the task of reviving 11 lakes and then handing them back to the BBMP for maintenance. But now the BBMP seems to be in no mood to take them back. The reason given off the record by some sources: no money to maintain them. This is not all. The BBMP sources say they are also unhappy with BDA’s performance.

As per the government directions, Lake Development Authority (LDA) in its 17th meeting held on June 17, 2007, decided to entrust 11 lakes to the BDA for comprehensive development. In 2009, B S Yeddyurappa, then chief minister, laid the foundation stone for reviving these 12 lakes at a cost of Rs 104 crore. In the year 2010, the lakes were inaugurated after revival.

The BDA further constituted a Lake Development Advisory Committee headed by environmentalist A N Yellappa Reddy and experts from Bangalore University too. The BDA had appointed Project Management Consultants to study and ascertain the reasons for deterioration of lakes and suggest measures for their development.

The 11 lakes in question are:

What BDA claims to have achieved in these lakes

Speaking to Citizen Matters, BDA Deputy Conservator of Forests B Jayaram says that the government had directed BDA to revive the lakes and hand them over to BBMP. After work was completed the BBMP was informed and requested to take back the lakes, but the BBMP hasn’t done anything so far.

However, BBMP Chief Conservator of Forests, Brijesh Kumar says that the department does not have adequate funds to take them back and maintain them. According to him, the annual cost of maintaining a lake ranges around Rs 50,000 to Rs one lakh. The parameters include the size of the lake, type of maintenance, labour cost, hiring guards, maintenance of walking and jogging pathways and many other things.

Brijesh Kumar adds, “Even if the lake is to be maintained by us, it first belongs to the Revenue and Minor Irrigation departments, depending upon the size.”

He adds that the BDA developed them on its own terms. “We are unhappy with what has been done. They developed it the way they wanted to. We will do an assessment of all the lakes and then take them back gradually, after they are redone. So far there is no plan of assessment as there is no pressure.”

No dearth of funds: BBMP Commissioner

When Citizen Matters contacted BBMP Commissioner Laxmi Narayan, he denied that finances are a constraint with the BBMP, especially for lake development. “My officials do not know of finances. Yes, I agree that the amount my officers get is lower than what they quote. But we have no dearth of funds to maintain the lakes,” he added.

Every year a dedicated budget is released for lake maintenance and rejuvenation. This year’s budget is yet to be chalked out and submitted to the government. “The BBMP will take back the lakes,” he assured, but refused to commit to any time frame.

Communities to be roped in to maintain the lakes

But now, the fact is that the lakes are lying unattended. There is nobody to maintain them or ensure safety to visitors, especially children. There are no security guards. There are no recreation facilities to visitors, and there is no proper jogging or walking track. The officials are not aware of any possible encroachment in and around the lakes and the type of pollutants entering the lakes.

Additional Principal Chief Conservator of Forests and LDA Chief Executive Officer, Ravi Ralph, agrees that cost of maintaining the lakes counts. To solve this issue, the Department is trying to involve local communities residing in the vicinity of the lakes for the management. A technical committee is also being formed to look into urgent matters like clearing encroachment and ensure lakes are pollution-free, especially free from raw pollutants and domestic sewerage. An action plan has also been given by the High Court, which all agencies have to comply with.

Matter to be referred to Legal Service Authority

Yellappa Reddy, environmentalist who headed Lake Development Advisory Committee, says that It is the duty of the contractors to provide adequate infrastructure and maintain a complete status of the lake. They should also maintain a logbook of all developmental works and hand it over to the BBMP so that the BBMP has no difficulty in taking things forward. But it has not been done in this case.

Reddy explains that the Supreme Court had given clear directions to the chief secretaries of states stating that governments should take care of all water bodies for water security and quality drinking water. However in this case there seems to be no clear direction from the government.

“I don’t know what the government and officials are upto… I will discuss this problem with the Karnataka Legal Services Authority chairman, who will convene a meeting of all civic agency heads and experts,” he adds.

Leo Saldanha, Coordinator/ trustee of Environment Support Group, points that this sort of behaviour from both the agencies was anticipated. There is an order passed by Justice N K Patil dated October 10, 2011 in the case titled- Private Participation in the Process of Rejuvenation of Lakes or Tanks in and around the City of Bangalore, which gives clear guidelines on who should do what. Now if the dispute is being created, it is contempt of court. It does not matter who has developed the lake and who has to maintain it, what matters now is that all agencies (including BBMP, BDA and others) have signed the order and have to comply with it.

The order on the case fought between Environment Support Group and Others Vs State of Karnataka and Others, states that after rejuvenation and development, the work of maintenance of lakes and lakes at the ward/ division level should be decentralised. However the financial control should remain with the state or the authority who is entrusted with the task of maintenance of a particular lake. The concerned ward offices should be entrusted with the task of collection of user fee for the purpose of maintaining the lake.

It also states that a lake management committee be constituted. This committee consists of officers from BDA, BBMP, BWSSB, LDA, Karnataka state pollution control board, Revenue Department, Forest Department, Minor Irrigation Department and Town Planning Department. This committee should act as an advisory board to give suggestions for effective functioning of the committee  itself.

Private players can be involved for maintaining, but it should be for non-profit purposes. Strict enforcement measures should be taken by the competent authority to keep the lakes pollution-free. A code of conduct for maintenance of lakes listing the do’s and don’ts must be done. Commercial exploitation of the lake cannot be allowed under any circumstances.

The order copy also mentions a statement by the Supreme Court in its judgement in MC Mehta V. Kamal Nath reported in (1997) 1 SCC 388, which reads: “The Public Trust Doctrine primarily rests on the principle that certain resources like water, air, sea and forests have such a great importance to the people as a whole that it would be wholly unjustified to make them a subject of private ownership… The doctrine enjoins upon the government to protect the resources for the enjoyment of the general public rather than to permit their use for private ownership or commercial purposes.”

This full report and the order are available on ESG website.

An article by Citizen Matters on the day of the judgment is available here.

Coalition of doctors, environmentalists to fight air pollution in Bengaluru

BBMP polls to be held on August 22nd

The State Election Commission has declared BBMP elections for the second time. Polls will now be held on August 22nd. The Supreme Court also clarified that the eight weeks time granted earlier, was applicable from July 2nd.