Ibblur lake is a small lake situated on Sarjapura ORR road junction, roughly 12 acres in its current state. In the beginning of 2013, local residents and RWAs came together and instituted Ibblur Lake Forum, an informal federation of RWAs and united in their goal of the restoration and rejuvenation of the lake. The lake has rotated jurisdiction a couple of times in recent times and is presently under the purview of the BDA. 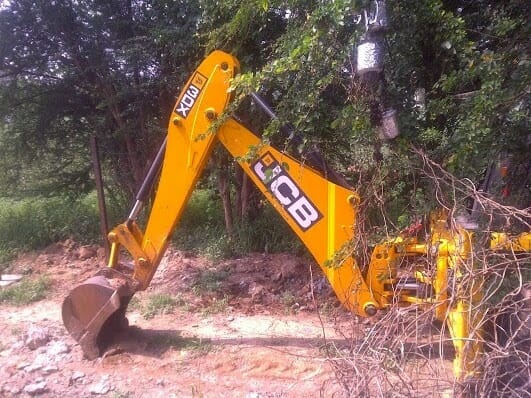 After much engagement by the community with the authorities, the BDA finally approved the fencing of the lake to protect the lake boundary. Work started in September with the digging of pits at the lake boundary to install the fence poles. After that, there was a mysterious halt on work and the contractor turned absent. A couple of weeks passed and one fine day, residents woke up and saw that the pits had been filled on two sides of the road. 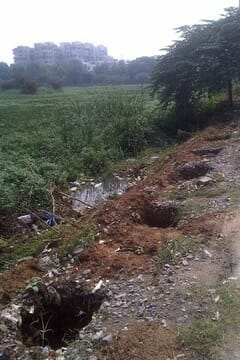 In October, as many residents went out of town, work started suddenly, and this time, the pits were dug 10 ft. inside the boundary, ostensibly under pressure from some local land owners. Residents cried hoarse and wrote to the BDA authorities to restore the fence to the true boundary, as per the Supreme Court guidelines to protect lake land.

Finally, on October 30, 2013, a high level delegation of officials including the Upa Lokayuktha, the BDA Commissioner, visited Ibblur lake and addressed the situation on the ground. They provided a concrete assurance that the encroachment induced by the new lake fencing would be corrected within a week. The Lokayuktha chief also instructed the Ibblur Lake Forum team to meet him separately and report the events.

A couple of hours later, the BDA engineers took prompt action on the ground. Mallikarjun, BDA AEE, arrived and took stock of the situation on the ground, then promptly instructed the workers to remove the encroaching fence poles. A JCB followed and pace picked up, all under strict vigil of a police squad. Local land owners tried to argue and intimidate, but local community members from neighbouring apartments came up in good numbers to show strength and solidarity with the work.

The authorities did their job and the community stood by them. By 1 pm, the JCB had done the job and people went home re-assured that the due process had been completed.

A coalition against GM food crops has planned a citizens’ awareness and call-to-action campaign to be launched on October 2.