There seem to be differences of opinion between the government and the BBMP, regarding the implementation of recently approved Karnataka Town and Country Planning and Certain Other Laws (Amendment) Act 2009 – popularly known as Akrama Sakrama scheme. 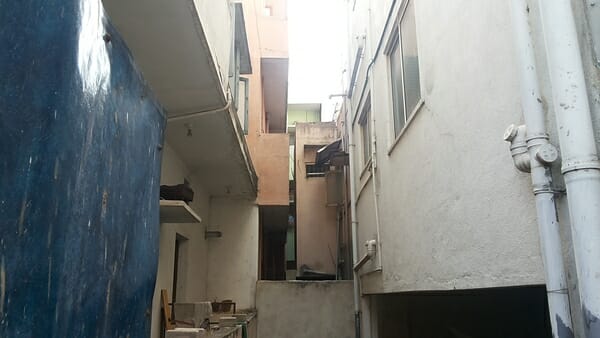 Most of the buildings in Bangalore have bye-law violations – some minor, others major. Pic: Shree D N

He adds that the government is bringing an ordinance. The final notification of the scheme is being prepared. After this it will be reviewed by and approved by the government, and then released. “We cannot make any commitment on the date. There is also a PIL in the High Court regarding Akrama Sakrama,” adds Anil.

T M Vasudev Rao, Under Secretary to Government (Boards and UDA), UDD says: The bill intends to regularise all violations in constructions in urban areas, within certain limits. The present proposals are bound to change in the final notification. The ordinance promulgated intends to pass rules, whereby the limit for regularisation and regulation will be formed. These rules are yet to be framed.

Vasudev Rao adds that if there are violations beyond the permitted limit, the government will issue orders to demolish the structure. Revenue sites are presently not included in akrama Sakrama scheme.

What does the notification propose?

The notification proposes to regularise deviations up to 50% in residential buildings and upto 25% in commercial structures.

The government aims to charge 6% of the guidance value of the irregular portion in the residential structure as penalty in case the structure has 25% deviation. Eight percent will be charged where deviation exceeds 25%, but is less than 50%.

In case of commercial buildings, 20% of the market value will be levied as penalty for violations upto 12.5%. If violations are more than 12.5%, the violator will be charged 35%.

Implications of the scheme

Highly placed sources in the Urban Development Department (UDD) say that in Bangalore, it is difficult to find even one building which has adhered to the building bylaws and zonal regulations and has all papers intact. Vasudev Rao says that everyone will benefit from this scheme.

But civic issue analysts fear that this will benefit the violators and the influential who are hand in glove with the government, ministers and officials.

Chowdegowda, Bruhat Bangalore Mahanagara Palike (BBMP) town planning director, says that the people and the government will benefit from the scheme as the scheme includes commercial and residential buildings.

He also says that the rule is applicable to all – both rich and the poor. Only completed structures will come under this scheme, not those under construction.

‘Scheme is not legal’

Kathyayini Chamaraj, executive trustee of CIVIC, points that the scheme is a violation of the Supreme Court order issued on August 18, 2000 in WP © No. 926 /1988 which says “Before such pattern becomes cancerous …, it is high time that remedial measure was taken…..”

She adds: In 2009, when the government had proposed the bill, they had said they would curb irregularities with this one-time bill. But now if they want to bring an ordinance, it clearly means that the government has been unable to curtail irregular construction. This means more violations and more money.

She further adds that though the government claims that all the money will go for the city’s development, this is untrue. Only a part of it will go to BBMP.  “Does this also mean that anyone with illegal construction can pay and get over it? What were the government agencies and the departments doing when the illegal constructions were taking place in the city?” she asks.

‘Who will measure the irregularities?’

ABIDe member RK Mishra says that the scheme is a manifestation of corruption and bankruptcy of the government. The government, the officials and the people are to be blamed for allowing and constructing illegal structures. “I wonder whether the government actually ensures that there are no more illegal constructions after this. I also wonder how much money the government will get out of this? Most importantly, who will measure the irregularities and how will it be done?”

Mishra, was also a member of the BBMP Technical Advisory Committee. He questions what made the Governor give his assent to the scheme now, when he had rejected it earlier. “Once this scheme is implemented, we will see a lot of money exchange taking place. This is one way to encourage people to do wrong.The BBMP has allowed illegal constructions to take place and all are hand in glove in these cases,” he says.

He also questions how was occupancy certificate issued to builders when there was illegal construction. He also adds that nothing gets demolished in the city. There is no town planning and no rules in the city, that is why this scheme is proposed, he adds.

According to rules, the procedure for any building to be constructed – residential or commercial – the plan sanction has to be approved by the BBMP. Before approval, the design has to go through a registered architect. After the sanction plan is approved and building foundation is laid, the BBMP officials again will verify the structure on site and issue the commencement certificate. After the construction is completed, BBMP again verifies the structure and gives the occupancy certificate.

So with so many formalities, there is limited scope for irregularities, unless the officials are involved in it and bribe is exchanged, adds Kathyayini.

Anil Kumar, however, says the government will find wherever irregularities have taken place and will even take action against the concerned department and officials. “We have to see how we will do this. There are many cases where layouts have been formed without following the zonal rules and Comprehensive Development Plans, we have to take into account all this while finalising the final notification,” he adds.

When asked about the number of violators and revenue details, Vasudev Rao says that the survey was conducted by the BBMP. He doesn’t have a figure.

But Chowdegowda says that there are no figures available with the BBMP about how many buildings have violations. They also do not have any record of how much revenue is expected to be generated through this scheme.

Sources in the UDD say that in 2007, when a preliminary survey was done, it was found that there were 15 lakh violations in Bangalore. Now the number is nothing less than 30 lakh. This includes vertical and horizontal constructions.

All about BBMP Elections 2010

Pulikeshi Nagar: No end in sight for water, sanitation woes

What are the problems troubling the constituency? Who are the contestants? What expectation do the voters have?