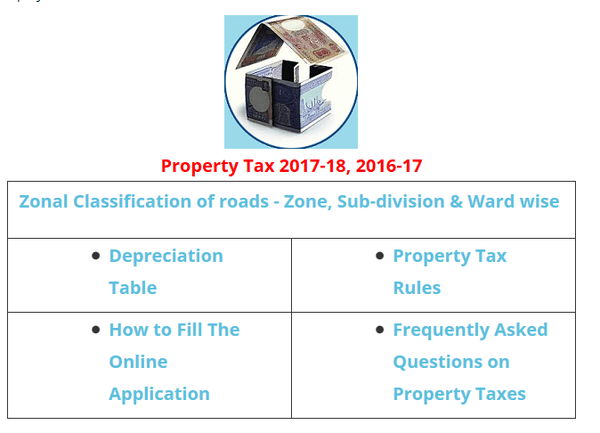 May 30th is the last date for paying your property tax in advance, if you want to avail discount. But the problems in your account have not been fixed in the BBMP portal to collect taxes, in spite of having a complete year at their (BBMP) disposal. So in all probability, you will end up paying inaccurate amount this year as well, if your account had a problem last year.

The wrong calculations of last year are being carried forward this year as well. Those who paid as ‘early birds’ with highertaxes due to revision in tax as well as change in Zonal Classifications are not in a position to claim their excess taxes paid. On the other hand, it demands a higher tax for this year also, thereby forcing people to excess this year as well.

Those who had to pay lesser amount due to the flaw of the portal and could not pay the difference subsequently, the present demand is again lesser than that to be paid. If you try to feed the same data again, the demand goes abnormal.

The committee that met on 28th April extended the rebate period by a month, but there was nota single word about the rectification of the portal. BBMP authorities do notrespond to most emails, and will not beavailable when you visit their offices during the visiting hours, so it is hard to get a response from them.

Last year, many blunders took place in ward offices. The staff at the ward offices were approached by the taxpayers who had difficulty in figuring out the correct amount of tax to be paid, or those who were computer-illiterate.The staff manipulated the data of property in such a way, so as to make the figure almost equal to the old payment done. They even approved the returns having wrong data, to generate the challans. The copies of returns could notbe obtained, as the portal did notsupport the same. Now it is the taxpayer who has to dance to the tunes of the BBMP for wrong data submitted last year.

BBMP had opened a portal for a very shortperiod for correcting the data submitted, but how the hell does the taxpayer know as to what data was submitted, when it was fed by the staff, without a copy orinformation for the taxpayer? Most people could not make use of the opportunity.

Now the situation is that if luck favours you, you will get the rightamount, but definitely notassured of the submitted data. In case, one tries to re-feed the data, it goes to form-V. The option of multi-type constructions is not available, so one is deprived of paying lower taxfor the portion, where one has to pay at a lower tariff.

The form number for the year remains the same as of lastyear and one does not get to know, as to which is the last payment done, unless and until, it is checked on the system OR physical receipt. During the previous years, the starting numbers of the application used to represent the last period of tax paid. This facility doesn’t exist anymore.

The media reports on banks deputing their staff at all ward offices to collect payments, has just remained a news, with no implementation on ground.

At this rate, I personally feel the need for a physicalsubmission of data by the taxpayers just like in the year 2008-09. For subsequent revisions, the BBMP must develop a portal. The data on this portal should be entered by trained staff, verified by experts and should be made available for the taxpayer to approve it before the end of the calendar year. That will make the process of paying property tax easier and will help the city increase its revenue.

About D R Prakash 14 Articles
The author has not yet added any personal or biographical info to her or his author profile.

Most BBMP councillors will not be able to stand for election in their current ward under the new reservation rules. Here is the list of old, draft and new reservation categories.

All app cabs must have rear seatbelts to minimise accident injuries

A Bengaluru accident survivor shares her personal experience to emphasise the importance of wearing seatbelts in the back seat of a car.