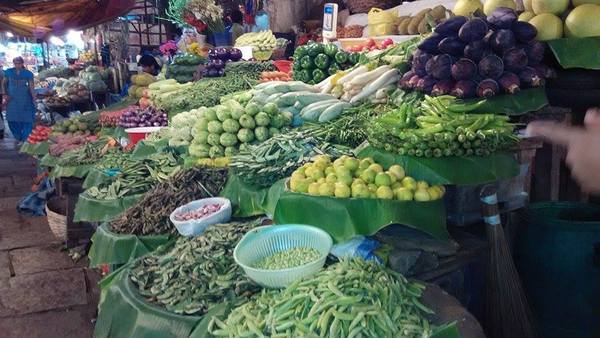 Following the success of green festival celebrations like Ugadi and Bakrid in Yelahanka zone last year, the BBMP along with citizen groups has this year given a call for Green Ugadi celebrations across the city.

The idea is to ensure that the wet waste generated during Ugadi does not get mixed up with dry waste and is collected and composted separately. To make this work, citizen volunteers are deployed in each ward who will take up the work of supervising and collecting wet waste in their respective wards.

With only a day left for Ugadi, BBMP, Yelahanka Eco Group and other environment volunteers are all busy giving final touch to the action plan. Speaking to Citizen Matters, Saradamba, an active volunteer of Yelahanka Eco Group said that during last Ugadi, Yelahanka Joint Commissioner Sarfaraz Khan mooted the idea of green festival. Two volunteers were deployed in each of the 11 wards and BBMP provided trucks to collect wet waste from market places and streets where festival items are sold.

“The wet waste was neatly collected and composted. As the programme became a success, the same procedure was followed during Bakrid where 80 tonnes of meat waste was collected. The system was implemented during Dasara too. We are glad that this year Yelahanka model is replicated in other parts of the city,” Saradamba said.

Sarfaraz Khan who is now the Joint Commissioner of Health and Solid Waste Management and has pushed the idea to be implemented across the city explained how the system will work. “Each of the eight zones will have two zonal volunteers who will work under the guidance of the respective joint commissioners of each zone. 3-5 volunteers will be deployed in each ward who will be supervised by the zonal volunteers and health inspectors. On the previous day of Ugadi (April 7th) these volunteers will identify the places where festive sale happens and waste is likely to be generated,” he said.

How does it work?

The volunteers will spread awareness amng the traders. BBMP waste collection vehicles will be stationed at the market places on both the days to transport the wet waste to the composting units designated in each ward. “We have conducted a few meetings to coordinate with volunteers, citizen groups and our officials. Things are at place now,” Sarfaraz Khan said.

In a series of meetings held in IPP Centre in Malleshwaram recently, the Zonal Joint Commissioners and volunteers identified public spaces in each ward where wet waste can be put for composting, and prepared the charts to detail the responsibility.

The volunteers also have the responsibility to ensure segregation of waste at the market places. Only wet waste is composted to be given to farmers. There will be a pit dug in the respective locations and the waste from markets will be dumped in the pits. Then it will be mixed with cowdung slurry and closed with mud. The natural process of decomposing will take its own course before the compost gets ready.

A Whatsapp group has been created to make the logistics, communication and management easy and efficient. BBMP has also created a voice message to promote Green Ugadi which has been forwarded on Whatsapp. You can listen to it here.

How is wet waste processed at the KCDC?
No takers for Purva Panorama’s pure wet waste!
HC asks BBMP to send 300 tonnes of wet waste to Mavallipura

BBMP accepts blame for garbage mess. But what next?

With a near universal acknowledgement of the need to segregate and process solid waste within the city, a meeting organised by a city organisation tried to look at the big picture.

Towards a water-sensitive city: The story of Jakkur Lake

The walk aims to talk about how this lake can be a potential model for Integrated Urban Water Management (IUWM), a possible direction to help Bangalore city’s water problems.