Whether segregation at source helps the cause of garbage management is an ongoing debate. There are people who feel it does help to manage garbage in sustainable way, while there are some who feel hundred percent segregation of waste is practically impossible, and garbage management is more important. Practically every city will have some amount of mixed waste. This needs to be tackled in a sustainable way in order to save the environment for future generations.
– Editors

Ramalinga Reddy, In Charge Minister for Bangalore Urban district, led the team that had more than 150 councillors and media representatives from Bangalore. The team included BBMP Mayor Sathyanarayana and Commissioner Lakshmi Narayana, besides a big media contingent.

Purpose of the trip: To visit the Waste Management Plant at Salem, run by Hanjer Biotech Energy Pvt Ltd (HBEPL), in order to check if it is adoptable in Bangalore.

The specialty of the Salem plant as the team saw was, the capacity to auto-segregate waste. This would enable people to continue with non-segregation of waste at source. 20% of the waste which can’t be processed would still go to landfills, but that didn’t seem major at all.

The team which came back from Salem was in a way euphoric. The Worshipful Mayor, B S Satyanarayana believed that this module can be an answer to the garbage problems of the city. He said, “We have already given them land and work order. Work will be initiated in three to four months at Rajarajeshwari Nagar where they will treat 500 tonnes of waste.” 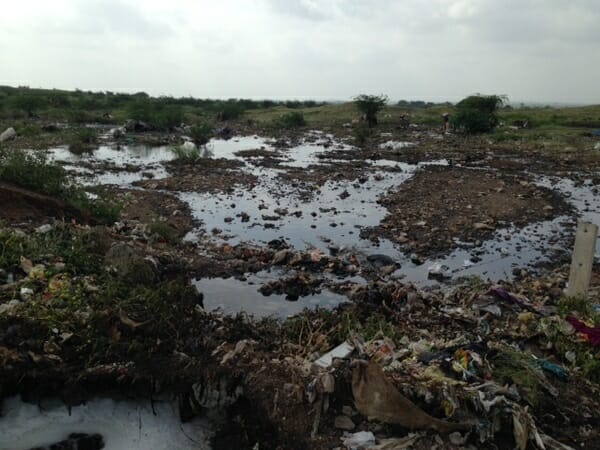 No segregation at source?

Many news reports reported that the Mayor, in the press conference held after the Salem visit, announced that Bangalore needn’t worry about the segregation at source.

Addressing a press conference after visiting the Hanjer Biotech Energies Pvt. Ltd plant at Salem, Tamil Nadu, Mayor B S Sathyanarayana said the plant in Salem took mixed waste to generate compost as well as other byproducts like Refuse-Derived Fuel (RDF). The same technology will be put to use in the plant that will be set up by the company in Bangalore in the next one-and-a-half years.  “We will bring it to the notice of the Karnataka High Court. The technology will help BBMP save money on setting up dry waste collection centres and other segregation units,” he said.

This also indicates the stand of BBMP which might be expressed in the court, in reply to the HC’s repeated stress on solving the garbage problem. A PIL by Environment Support Group (WP 46523/2012) had ultimately led to the formation of ward committees and amendment of Karnataka Municipal Corporation Act. High Court had stressed on the proper disposal of solid waste with segregation, in its order dated 13-Dec-2012.

Earlier the Chief Minister had asked BBMP to make the city free of garbage in six months, while launching Kasa Muktha programme in 22 wards, on July 24th.

Hanjer Biotech Energy Pvt Ltd (HBEPL) claims to have seven years of experience in the waste management field and is operating at 20 places all over India. It also lists the many awards it has received on its website.

While administrators and councillors of Bangalore have visited HBEPL’s Salem plant, it is not clear whether anyone did a background check on the company to which they want to entrust the responsibility of managing the city’s waste.

The message of  ‘no more segregation’ surprised those who have been batting for segregation at source for a long time. There were also questions on how efficient the ‘auto-segregation’ method that Hanjer is employing at its plants is. Will the HBEPL model work like a miracle medicine for all garbage issues?

Citizen Matters tried to find out more about the prominent plants of HBEPL in other cities. The story that emerged is astonishing – it is out in the open in the form of various news reports, showcause notices and public outcry. Either BBMP has not cared to check it out, or it has been simply ignoring the matter for some reason.

A simple net search by the Citizen Matters team on the company yielded a series of complaints on various consumer forums, on Hanjer Biotech Energy Pvt Ltd, by one Shailendrasinh Jadeja, an employee of a private college from Rajkot, Gujarat. On contacting him, Shailendrasinh Jadeja told us this story:

HBEPL started operating in Nakravadi village of Rajkot Taluk in 2004-05, as per its agreement with Rajkot Municipal Corporation (RMC). Everyday 300-350 tonnes of unsegregated garbage is being processed at the plant. Over the years, the ‘20% that goes to landfill’ has reached 2.60 lakh tonnes. This has been dumped in open area by the plant operators. A certificate issued by Rajkot Municipal Corporation says that HBEPL has singlehandedly been treating the city’s waste.

It was Shailendrasinh Jadeja who got this fake report through RTI. When he enquired with the environmental consultancy, Precitech Laboratories, which was supposed to have given the report, the firm denied issuing any such report. The copies of the RMC notice ordering fine and the reply from Precitech Laboratories are with Citizen Matters. 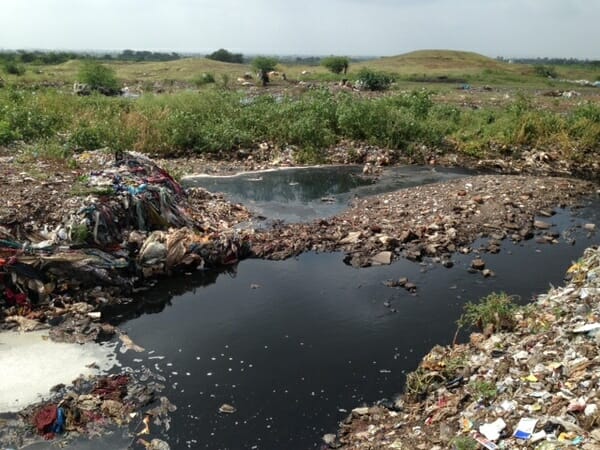 Within five years of commencement of the project, the magnitude of contamination of various components of the environment, several hundreds of rural population residents have been facing problems of contamination of farmlands and groundwater, livestock and grazing lands directly or indirectly. The victims include the following villages and the people who live in or are otherwise members of the villages Nakaravadi, Hadmatiya, Pipaliya, Rajgadh, Nagalpar,Dhamalpar and Khijadiya. [sic]

The petition highlights the plight of villagers and farmers who lost their livelihood as the agricultural fields became contaminated by the untreated leachate and other waste in the landfill. The petition says that the yield of agriculture has gone down considerably in the last five years, due to the poor maintenance of the landfill area. The capacity of grazing and agricultural lands to regenerate grasses and crops has been severely impaired.

As the plant is located at a higher elevation than the surrounding area, rainwater mixed with leachate flows down and is drained into the soil, thereby directly leading to groundwater contamination. High rainfall in this area means higher water contamination. This is affecting the five villages (mentioned above) dependent purely on wells, tube wells or pumps for the water needs, explains the petition.

Citizen Matters tried reaching Hanjer Biotech Energy Pvt Ltd through phone and emails. An email from Environment, Health and Safety division of HBEPL attributed to ‘Team Hanjer’ rubbished all allegations against them. It termed Shailendrasinh Jadeja as ‘habitual complainant’ with ‘vested interests.’

“He owns a large piece of land in close proximity of our plant and since the last 4-5 years the property prices in Rajkot have appreciated largely and since the area around our plant has been declared as no-development zone he wants the plant to be removed from the area so that he can get value for his land which is as good as nothing now,” the email stated.

BBMP did no background check on HBEPL

With or without being aware of all the alleged problems in Rajkot, the BBMP and the state government have gone ahead with the permission for HBEPL to operate in Bangalore.

BBMP PRO Shivasharanappa Khandre says that already work order has been passed to treat 300 tonnes of unsegregated waste, to HBEPL. Ten acres of land at Subramanya Palaya in Rajarajeshwari Nagar is allotted for the unit. Several meetings were held with the company, and one more meeting would be held in the next week to discuss some issues like building of compound wall.

When asked about any kind of background check on the company, Mayor Sathyanarayana says that the company is good as they have had “no problem at Salem.” At present they are treating 300 tonnes of waste but in Bangalore they will treat 500 tonnes, he added.

Commissioner Lakshmi Narayana, when asked about the background check, ruled out any such step. “Basically we have seen the unit and spoken to the officials of Salem plant who seem to be comfortable with the company. They may not be working to the fullest capacity, but they are fine with it,” he added.

‘Pune plant seems to be the best’

Bangalore Urban District In-charge Minister Ramalinga Reddy too was clueless about the background check, but seemed to trust the overall system. “Background check is important. Our officers must have done it. They should be good as they have 17 plants running all over India, otherwise our officers wouldn’t have given permission to go forward,” he said. “I haven’t got a chance to visit Pune plant, but it is said that the Pune plant is much better,” he added.

Please note: This is an ongoing investigation, and Citizen Matters is yet to reach the authorities that issued the notices for direct comments. The content here is a curated summary of the data obtained from documents from Gujarat Pollution Control Board and various news reports.

All about BMTC’s relaunched student bus pass service: From online application to collection

BMTC has relaunched its online student bus pass service again, after its failed attempt last year. Read on to find what’s new this time, why BMTC believes it would work, and how you can apply for your pass

People from various layouts who visited the Lok Adalat were in for a disappointment when they found that their cases won’t be heard.