N Manjunath Prasad, Commissioner of Bruhat Bengaluru Mahanagara Palike (BBMP), believes in minimum contact but maximum governance. He is from 1994 IAS cadre. In an interview with Cherry Agarwal, a student of Indian Institute of Journalism and New Media (IIJNM), he talks about a wave of digitisation to put information on public domain, the long term plans of the BBMP, the challenges he faces and more. 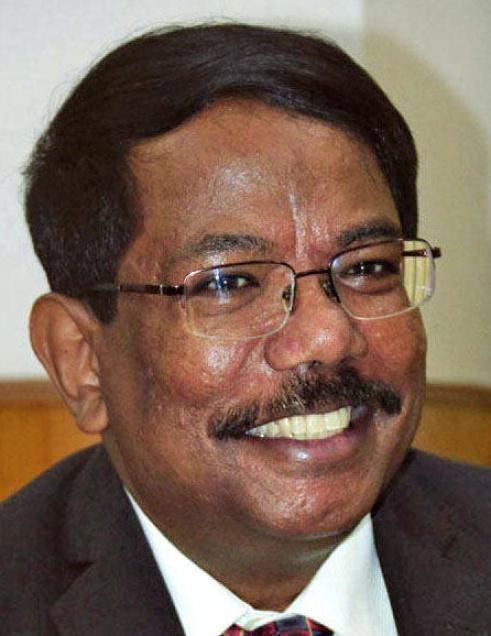 How has your journey been since 1994 to being the BBMP Commissioner?

In 1994 after getting into the IAS I was allotted the West Bengal cadre. I joined the service in West Bengal and had the opportunity to work in the remotest districts there. I started with the Midnapore district. I was there for about four years. That district at that point in time had a population of 1,10,00,000 and CPM was in power. I learnt quite a few things while working with them. First we have to shed the three letters from your name. You can’t throw your weight around saying I am an IAS officer and get work done. You have to be humble, polite and one amongst them. This service in Bengal also taught me simplicity. The people there are so simple. The politicians – MLA’s and MP’s – many people travel by two wheelers and public transport. This is what I have seen in my years of service in West Bengal.  When I used to hold meetings at 6.30 – 7 pm, they would say that they would miss their last bus to go back home.

You served as a secretary to the Government with the Department of Agriculture before your current role. How are the operating mechanism and culture in the two departments different? What were the challenges you faced?

In the agriculture department I was the secretary for agriculture. That was a government department where as this is a corporation. In the case of agriculture I was there for almost one year and that was tie when the state was reeling under severe drought. At that time one of the flagship programs of the Chief Minister was ‘Krishi Bhagya’ and that was the challenge for us. Under that program we had to form ponds, give diesel pumps and provide drip irrigation.

Why was this challenging?

This was challenging because Rs 500 crores was allotted to this program and the expenditure was only about Rs 30 crores that year. In the year I joined out of another 500 crores, only Rs 20 crore – Rs 30 crore was spent.

The problem was money not getting spent?

Yes, because the entire procedure was so complicated that it was not reaching the farmers. But when I left the department entire 1000 crores was spent and it [Krishi Bhagya] had become such a popular program that the entire farm community had met the Chief Minister to appreciate his efforts. About 10 days back in Koppal, a huge program was organised where 50,000 ponds were dedicated to the farmers.  These were long term measures done for the farm community.

What development plans are you undertaking here as the Commissioner here?

Do you think a Commissioner’s term is too short to make a difference?

Usually even the Supreme Court as well as the Civil Service Board and the Department of Personal undertakings is that a minimum of two years tenure is a reasonable tenure. So if you are at this post for about two years, if at least two years is guaranteed, you can see a lot of projects becoming a reality. But if you are transferred within a very short span then you can’t really put your ideas into practise.

Being an administrative body, how do you plan to make the BBMP more approachable and citizen-centric?

This is digital age we don’t want people coming to BBMP personally and sitting before the babus pleading for their work. We want to move in a direction where there is minimum contact but maximum governance. Property tax can be paid online. So no one has to go to any offices. Likewise we are thinking of providing many other services online. Technology is the answer to reducing bureaucratic hurdles. This will reduce the running of people from pillar to post.

What reforms does the BBMP want to bring about in the city?

We want to put all Bengaluru properties on the GIS portal and put it on public domain. If you ask me the exact number of properties in Bengaluru, the number  of taxpaying properties and those out of tax net , we don’t have the exact list for the same. The past five months we have taken it very seriously to identify the properties to bring them under the tax net.

We want to see that the accounts of BBMP are prepared on time. In the last two–three years accounts and audits was pending. Now this year we are bringing a lot of financial and audit reforms to ensure that 2016-2017 accounts will be ready within the stipulated time. So when the financial year ends in March within the next two months [after that] the accounts should be ready.

What is the frequency of the audits and internal checks?

The frequency of audits will be as per the financial prudence of the Government. Once the financial year is over within the next two months the statements must be ready. Three months following that by October or November the audits should be completed.

How can the public access the audited balance sheets?

They can access it provided everything is put on the public domain. Each and every paise we spend in BBMP is from the tax payer’s money and they should know where their money goes. Slowly in phases we will make all our activities public and put it in public domain. So they will be able to see where their money is being spent as well as look at the wards which are productive or nonproductive.

We have already started the process. The first step is a user-friendly website. Our current website is complicated. We have remodelled it in such a way that it will become simple for the citizens to look at the details without any difficulty. This will be accessible to the public in a month’s time.

There are multiple civic bodies working in Bengaluru. How do they co-exist? Are there regular meetings? How do they communicate and cooperate? For example road cutting.

There are many bodies working, it maybe BDA, BWSSB, BESCOM or BMRDA. Each one is headed by a senior officer. We have a mechanism where the Chief Secretary calls a coordination meeting every Saturday where each one of us raises issues which need the attention of the other departments. So, all inter-departmental issues are brought up in these meetings. Secondly people say on one hand BBMP makes the roads and tomorrow BWSSB will break open the roads to lay their pipelines. We have developed a system known as multi-agency road cutting software where each one of the agencies has to put their action plan for the next one year online, on this system. So whenever anyone asks for road cutting permission this issue has to be flagged on the system and circulated amongst all the stakeholder departments. Once we receive the feedback only then the permission is given.

Is there clarity on the role of the multiple civic bodies and the clout they hold?

As far as the responsibility goes there is absolutely no confusion. We know what we are doing. There are some issues where we feel we have jurisdiction. At the same time there is some other department which feels they have jurisdiction as well. Then such issues are discussed in the Saturday’s meeting. Once the Chief Secretary gives a decision then it is binding on all the departments and we go by that.

Planning is done by the Bengaluru Development Authority (BDA). They have a master plan and currently they are in the process of preparing master plan for 2031. BBMP is also providing recommendations and consultations.

So what have been the BBMP’s inputs?

They have shared the master plan with us. There are a number of issues like the solid waste management and other issues where the BBMP is providing consultation.

What is the BBMP’s strategy for holding officials accountable who issued A-Khathas for properties built on storm water drains?

What are your thoughts on the current demolitions? Why are the major structures like the Orion mall and Gopalan Arcade not being demolished? What is the strategy ahead?

You can’t just go on demolishing without proper survey or without ascertaining the facts properly. If someone says there is a violation there, I just can’t go on demolishing it without fully ascertaining it. With respect to what we are doing right now, this exercise of identifying was done for the last three years. Three years back we filed an affidavit in the High Court [stating] that we will identify all the encroachments built on the storm water drains and also the procedure we would be adopting. On the basis of this high court directorate and the ongoing surveys we started these demolitions. The floods gave us an opportunity to clean up this mess. So as per our affidavit some demolitions were done at a slow pace after they were identified and marked. In some places like Dodda Bommasandra markings were done six months back but demolitions didn’t take place due to some pressures on the local officials. But today if you mark it, after the survey is done, it has to be demolished the next day.

In his 2016-2017 budget speech M. Shivaraju  (Chairman, Taxation and Finance Committee, BBMP) said there is a huge financial burden of approx Rs 665 crores. With so many infrastructure projects that the BBMP is planning to undertake how is the BBMP planning to overcome this?

There are two issues. The BBMP’s internal resources and the funds provided by the State government. We have financial burden because of bad financial management in the previous years. They mortgaged buildings and have taken loans amounting to Rs 800 crore to 1000 crore. In addition to this the earlier bodies have taken up projects beyond their financial capacity hence there are pending bills for the last two years. The only way is augmenting revenue and resources. We are in the process of doing that by increasing property tax, increasing hoardings and advertising tax. There are ways of increasing your revenues and we are trying to tap into all of that.

Bengaluru’s urban poverty is increasing with so many slums and encroachments. What is the BBMP doing for urban poverty alleviation?

There are 597 slums in Bengaluru out of which 380 are declared slums. Despite that the BBMP is developing basic infrastructure in these slums. Wherever they are sitting on the BBMP land we are giving the titles [to these lands]. Plus wherever it is possible to go vertical we are exploring those opportunities as well.

It is a great opportunity being born and brought up in Bengaluru and to serve in a corporation. As long as we are here we will give our 24 * 7. Also the corporation requires 24* 7. I find this is an area where a lot of changes can be brought. Even small changes can impact one crore people.

About Cherry Agarwal 1 Article
The author has not yet added any personal or biographical info to her or his author profile.

T P Kailasam, the one of the best Kannada humour writers, “unemployed and unemployable”, remained true to his passion.

How many parents are aware of the ‘school bus’ guidelines? How responsible are the drivers of these school buses?