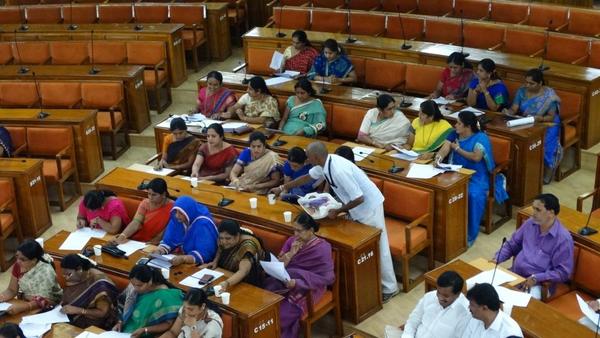 It’s a meeting that is supposed to discuss the development works that must happen in your ward, every month. Your own representative, who is a councillor, better-known as corporator, is supposed to attend it and participate in it on your behalf. What if you come to know that the one whom you chose to do this job did not even attend the meetings? Or if you come to know that the person faked his attendance and went elsewhere to do his other works?

BBMP council meetings are held religiously every month, till the end of the council term. Often, during the meetings, council hall seats are only half-occupied and several times there are less than half the total strength.

A look into the attendance register of the BBMP Council meeting from January 2014 to January 2015 reflects how prompt your councillors were in attending the council meetings. An analysis done by Janaagraha Centre for Citizenship and Democracy revealed that only 35 councillors attended all the 29 meetings held during the said period.

There is a councillor who did not attend any of the meetings and another councillor attended only five of the 29 meetings.

The two councillors having lowest attendance—B A Basavaraju and Munirathna—are also the MLAs. The councillor who did not attend a single meeting during one year, is B A Basavaraju, corporator of Hoodi ward. Even as he served as the corporator, Basavaraju contested in the Legislative Assembly elections in May 2013 and was elected as the MLA from K R Puram constituency.

Same is the case with M Munirathna who represents Yeshwantapura ward. He has attended only five meetings during the said period. He contested the Assembly election from Rajarajeshwari Nagar constituency and was elected as the MLA. Both of them chose not to resign from their posts of councillors even after being elected as MLAs.

In fact, these two MLAs refusing to resign from their posts of councillors had sparked a debate two years ago. The qualifications specified for contesting MLA election and for city municipality polls do not mention about serving both posts simultaneously. Therefore the elected MLAs decided not to resign from their posts as councillors. However, the attendance register reflects their poor involvement in the BBMP council affairs after they were chosen as MLAs.

Councillors and their attendance

The BBMP Council comprising of 198 corporators had 29 meetings between January 2014 and January 2015. Going by the attendance details, 35 councillors carry the credit of attending all the meetings, whereas 127 councillors have more than 75 per cent attendance, but less than 100 per cent (22-28 meetings).

‘Attendance not a hindrance to work’

When Citizen Matters spoke to some of the corporators with least attendance, they had their own reasons for staying away from the council meetings. B A Basavaraju who has zero per cent attendance admitted that he could not attend council meetings as he was busy with his work after being elected as the MLA.

“Though I have not attended any of the council meetings in the last one year, I have done all the works that were needed to be done for Hoodi ward. My Assembly Constituency and ward that I represent were different. But, that did not hinder me from getting works done for my ward,” he said.

Yet another councillor, B P Babu Reddy from Bellandur ward who has attended only eight meetings said that there was no use attending council meetings. “I have quit politics and I am not interested to work in this system,” he said. When asked wasn’t it his duty to serve the people after being elected as the corporator, he said he had lost interest to work, in last one year. “I did not resign from the post and I did not even attend meetings,” he said abruptly. However he did not mention why he lost interest.

By signing the attendance a corporator is eligible to avail the conveyance allowance of Rs 1,000 and a sitting fee of Rs 400, the sources say. 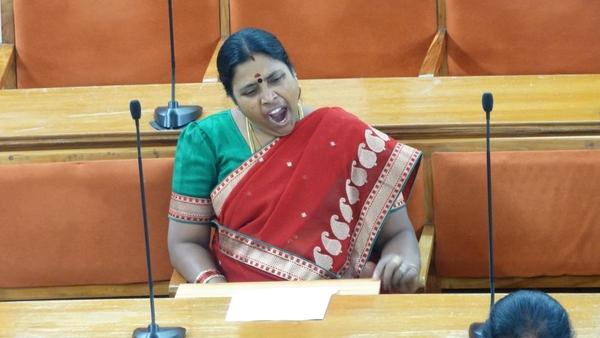 Here is the full list of attendance data for 2014. 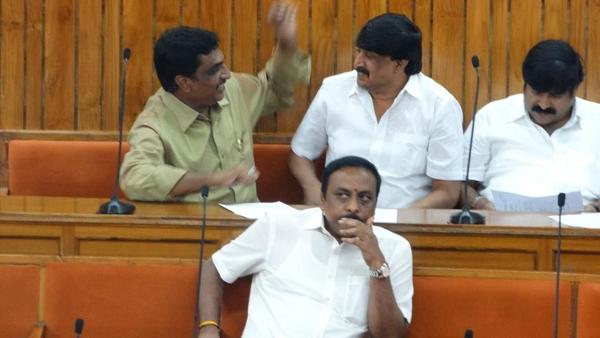 BBMP Council meets are also a time for catching up with buddies! Pic: Shree D N

The tax hole BBMP does not talk about
With budget approval, BBMP set to tighten its belt
BBMP aims to close pending bills with a realistic Budget
Update your details or register yourself on voter list, ahead of BBMP elections
If you are contesting BBMP elections, now reach out to voters for free!

For poor performance and lack of initiative, several city officials were pulled up by the Lok Adalat or the ‘People’s Court’. Unfortunately, most remained unswayed by the end of the session.

‘Cash for coverage’ comes to BBMP elections too

Corporator-aspirants are leaving no stone unturned, as they openly offer money to the media to be written about. Paid news goes local.