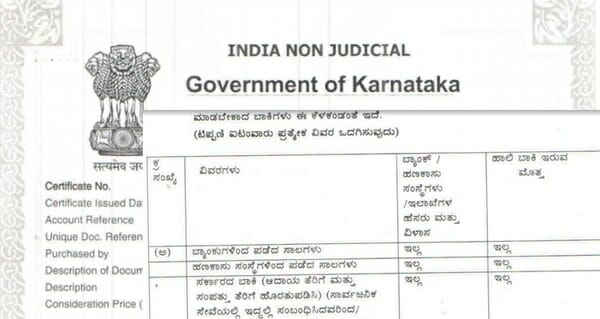 Analysing 590 affidavits from three major parties is a gigantic task. We could analyse only 240 of them. Here are the highlights of our partial analysis. If you have analysed affidavits and have noted anything of importance, do mail us at edit (at) citizenmaters (dot) in.

Majority of the candidates contesting this BBMP election from three major political parties – BJP, Congress and the JD(S) have one thing in common. A large number of them are less educated, but are stinking rich.

When Citizen Matters looked into the affidavits of candidates from BJP, Congress and JD(S), from 84 wards in Bengaluru South and Bengaluru Central parliamentary constituencies, it was revealed that a large portion of the candidates have an SSLC or less. There are only a handful of candidates who are highly educated or have pursued professional courses. Interestingly, the less educated are wealthier whereas the more educated are poorer.

Here are the tables showing the tabulation of education qualification and declared assets of candidates from 84 wards.

* This asset calculation excludes the vehicles owned by the candidates. It also excludes some of the affidavits which were not found in the BBMP website.

Take for example, BJP candidate K Narayan Raju, who is contesting from Bilekahalli ward. He has passed SSLC. His movable/ immovable property is worth Rs 151 crore. Apart from owning 14 sites and flats, he also has three Mercedes Benz cars. So is Doddanna, a Congress candidate from Athiguppe ward. A PUC pass out, Doddanna is the owner of 22 sites and houses.

Women candidates are not lagging behind. With highest number of women contesting in this BBMP election due to 50 per cent reservation, a large number of them have strong financial background. Bhavya G Gowda, from JD(S) who is contesting from Girinagar ward has assets not less than Rs 24 crore which includes 15 flats and sites. Bharathi Nagar candidate Renuka, a 9th Std dropout, owns assets worth Rs 34 crore, apart from the 6 cars that she has! Former Mayor N Shantha Kumari has property worth Rs 16 crore, which includes 14 houses and sites.

A few well-educated candidates are not crorepatis like their uneducated counterparts. For example, Avinash B, an engineering graduate who is contesting from Rajaji Nagar has declared assets of Rs 5.4 lakh. So is Nagarathna Yadav, a candidate from Shanthinagar ward. She has done her M.Sc in London and her asset is Rs 4 lakh. Another candidate, Leelavathi S, a BA LLB who contests from J P Nagar has assets worth Rs 3.5 lakh.

None of the three political parties have fielded a candidate from third gender. The number of third gender too is less: the electoral roll shows only 1,184 voters from entire city.

Women candidates contesting in non-women reservation wards are as follows:

Roadwidening stuck at the High Court

Even as the BBMP and state government are going back and forth on roadwidening, there is little that either can do. This mega project is stuck with other infrastructure projects in an ongoing case in the High Court.

Uday Garudachar, BJP contestant from Chikpet, spoke at length about his entry into electoral politics, Ejipura evictions and more, in a telephonic interview to Citizen Matters.

Bengaluru has only around 4,600 traffic cops for a vehicle population of over 80 lakh. Administrators are trying to bridge the gap with technology, but experts say technology without expertise and infrastructure doesn’t help