The cash-strapped municipality of Bengaluru, Bruhat Bengaluru Mahanagara Palike (BBMP) has acknowledged the long-known financial problems the BBMP is facing. BBMP is unable to fund the pending infrastructure projects, with amounts payable by the BBMP including pending bills mounting upto Rs 15,428.67 crore.

BBMP Commissioner N Manjunatha Prasad formally wrote to the Karnataka Urban Development Department asking that the BBMP be brought under the ambit of Karnataka Local Fund authorities and Fiscal Responsibility Act, 2003. The act says the local body must compulsorily try to achieve ‘sufficient revenue surplus’ – excess of income generated in comparison to projected income. The commissioner has sought a system to restore financial discipline in BBMP,  to match the amount earned with the expenditure.

According to the letter, the civic body owes the following amounts:

The data given in the letter shows that once in a while, the BBMP spends more than what they earn, and the spill-over bills are paid in the next year. Regular infrastructure and maintenance works become the casualty in the process, as the city has seen over the years, with problems in waste management, roads, traffic and potholes troubling the city often. 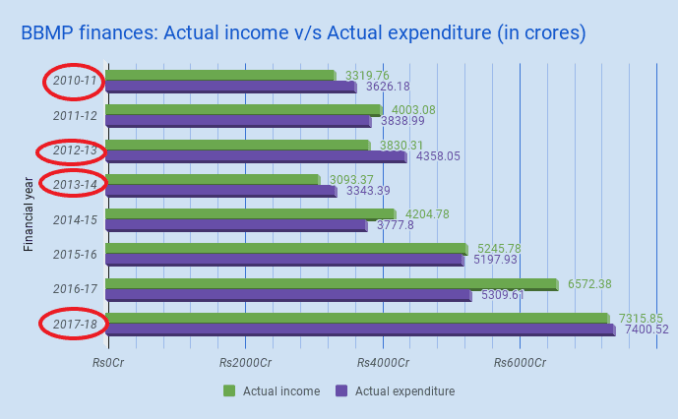 The data in the letter shows that the gap between budgeted figures and actual figures is actually closing during recent years, while it was about 35-40% until 2014. Receipts have been improving gradually, as per the data. 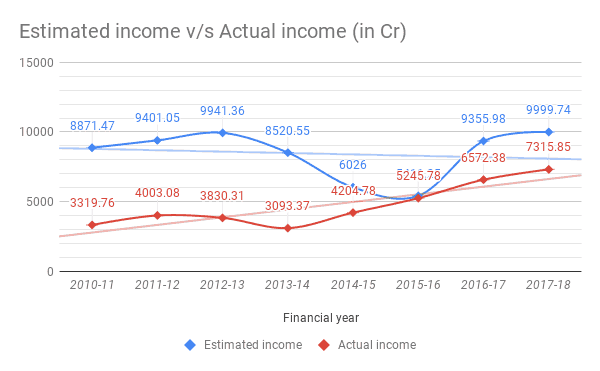 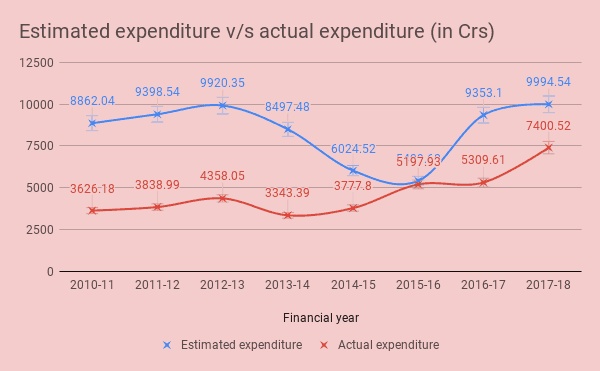 Data reveals that in 2015-16, the budget was more realistic than ever before, and ever after too, with expected income, actual income, planned expenditure and actual expenditure almost matching each other. It can be recalled that BBMP election was held in 2015, hence a full-fledged budget could not be presented at the end of the financial year 2014-15.

The full letter written by Manjunath Prasad, in Kannada is here: 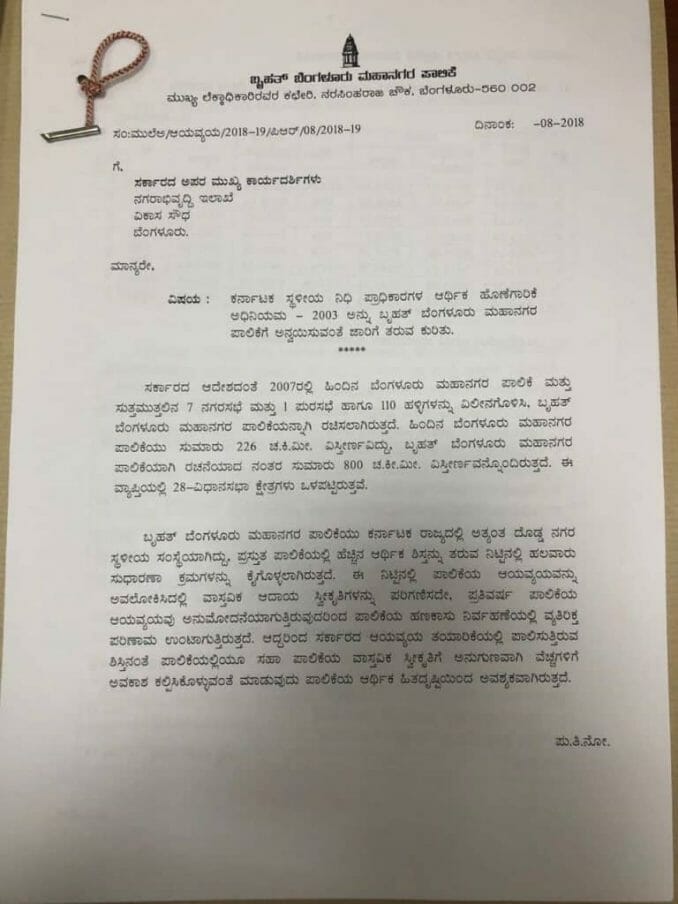 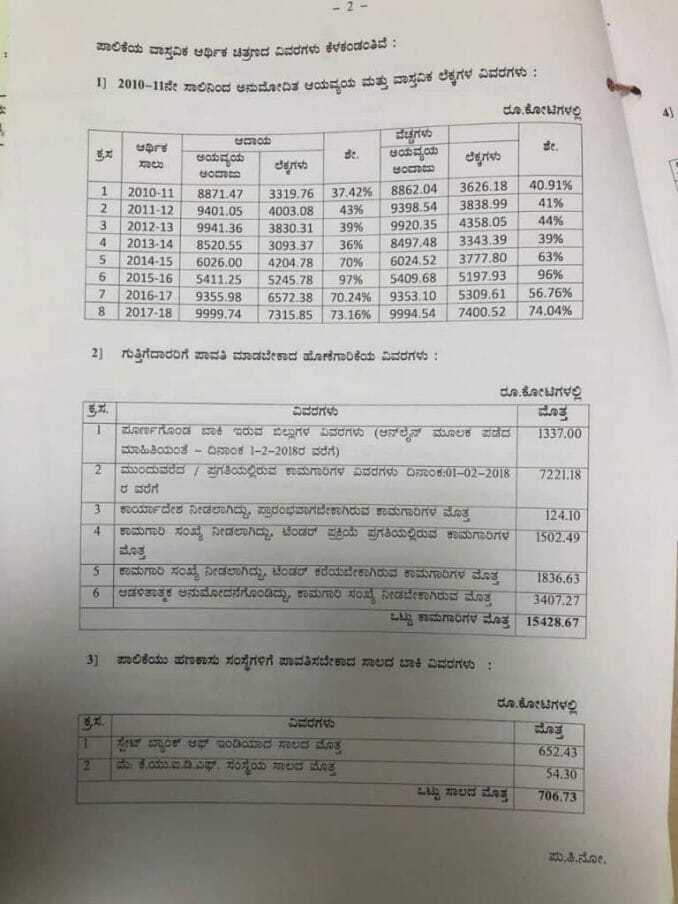 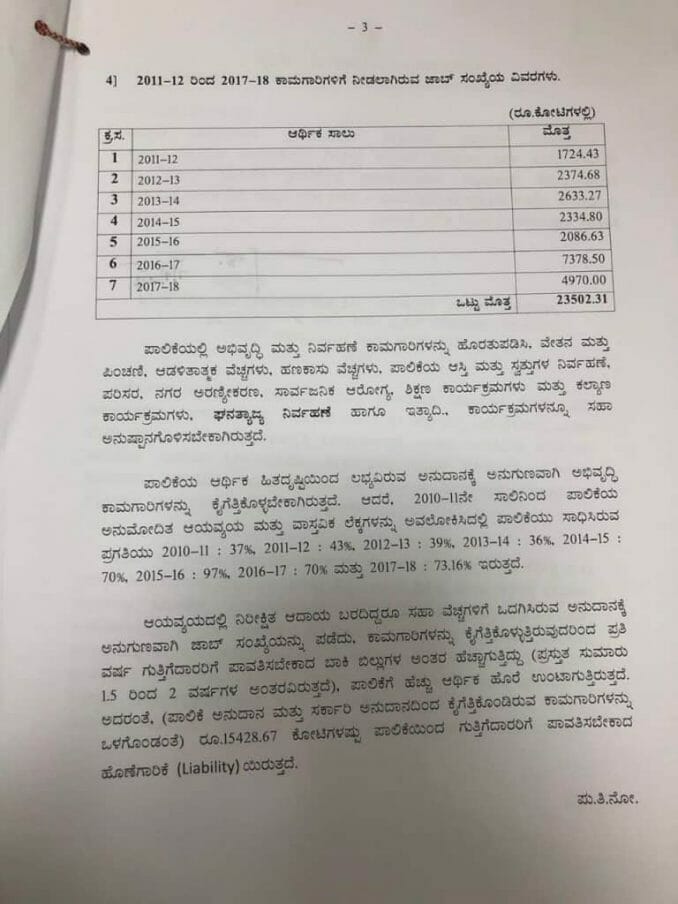 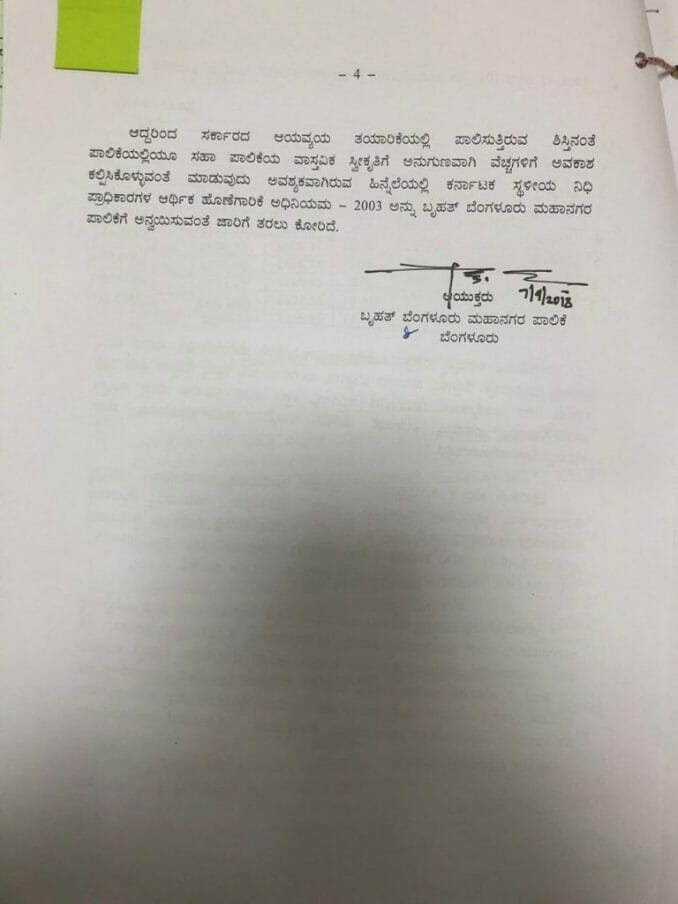 What Bengaluru’s new Mayor can build on: A summary of Gangambike Mallikarjun’s work

As Bengaluru elects its new Mayor today, here is a look at what the outgoing Mayor Gangambike Mallikarjun accomplished in her tenure, and what she advocated for

Karnataka government has allowed factories to increase work hours. But in a survey, majority of garment factory workers said it was simply impossible for them to work extra hours.