“His form is ungainly — his intellect small —”
(So the Bellman would often remark)
“But his courage is perfect! And that, after all,
Is the thing that one needs with a Snark.

Lewis Carroll: The Hunting of the Snark

About 10 years ago, four NGOs in Bangalore — Janaagraha, Public Affairs Centre, Centre for Budget and Policy Studies and Voices — got together to demand quarterly accounts from the Bangalore City Corporation. This was called the PROOF campaign, and it attracted a great deal of interest.

PROOF became possible because a system of accounting for the Corporation had been developed under the leadership of Nandan Nilekani, and it was decided that it should be implemented in the BMP.

This being the case, the PROOF campaigners felt that information should be readily available, and that it should be shared in the public interest. The data received was analysed and a public consultation was held to discuss the findings after each quarter. The idea was to align citizen’s priorities with those of the BMP.

What astonished me then was the fact that the BMP accounts had not been audited for about 10 years.

What we got were allocations made when the budget was presented. The actuals after audit were not available.

How can a major agency like BMP get away without audit for so many years? 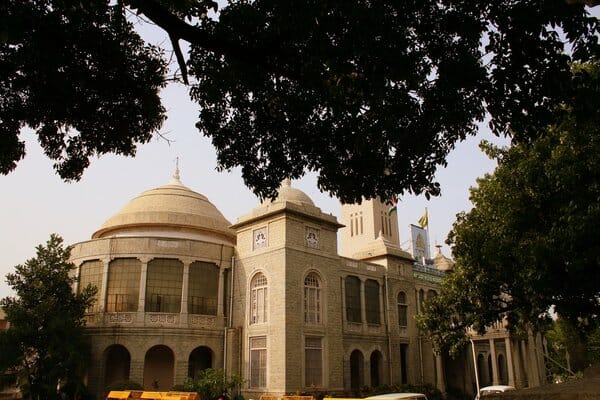 BBMP has no actual powers required to govern a city. Pic: http://bcity.in

Another surprising fact that emerged was that the BMP could prepare a budget, but until it was ‘approved’ by the state government, it could not be implemented. And the state government felt free to make such changes as it felt were needed. And it took its own time to give this approval.

When the BMP was an elected body, when the 74th Constitutional amendment gave it a constitutional status, how did this happen?

We found that the BMP was on paper a local body, with elected corporators. They even elected a Mayor, who has a term of one year. The Mayor is given the formal title of first citizen of the city and is addressed as ‘Worshipful Mayor’. He/she presides over the BMP meetings. But he/she has no power to implement the budget prepared by the elected corporators, discussed and passed in the elected body. The Mayor and his elected colleagues are referred to as ‘non-officials’; as non-officials, they can only ‘interfere’.

The powers of the Corporation are vested in the Commissioner. For Bangalore it is usually an IAS officer of the rank of Secretary to Government. Many distinguished officers have served in this post.

The result is chaos. Officials see no need to consult citizens. They are answerable to their administrative superiors. They do what they and their civil servant bosses think best. Elected representatives find they cannot function in this system; so they focus on getting contracts for their supporters. To some extent, in this dysfunctional system, it gives some credibility to the charge of ‘interference’.

In the process money gets spent but we see no results. The garbage crisis of recent times showed how no one had an incentive to look for a sustainable solution. The institution in reality does very different things from what it is supposed to do.

Is this a democratic disconnect? Why is there such a mismatch of function and institutional form?

Citizen Matters had carried an article on 20 February 2012, on BBMP limping with no auditing and no actual powers. Click here to read it.

While we were busy with the PROOF campaign, the BMP took a 1000 crore rupee loan from HUDCO, with the approval of the state government. What was this for, we asked. No answer was forthcoming. It was not shown in the BMP budget and so was no concern of ours. To this day I do not know how it was utilised. I do not know if the loan has been repaid. I must mention that I have not filed an RTI application either.

It is no wonder that Citizen Matters and others look to the state budget to see what is planned for Bangalore. MLAs matter; the corporators do not. The minister in charge of Bangalore is much more important than the Mayor.

Decisions for Bangalore are made by the state government. For example, the decisions around the Namma Metro are state government’s decisions. They decide on the routes, on the stops and so on. The citizens, and their local self government, headed by the Mayor, have no role in it. This goes for many other decisions like the badly designed ‘grade separators.’ It also means a mindless acquisition of properties. Since they are paid compensation, it is considered fair; the nuisance of relocation to those whose properties are acquired is of no consequence.

There were protests in Indiranagar and Jayanagar, about the Namma Metro route but no one listened. Even today I read in the papers about changes in alignment near Jayadeva Hospital. If consulted, I doubt that the citizens would have agreed to land being taken from Lalbagh for a metro station.

The responsibility for planning is not with the BMP but with the Bangalore Development Authority. This is not an elected body.

There are also other agencies that have some responsibility for Bangalore — the BWSSB, the BMTC, the BESCOM and the BMRDA. All are official bodies of the state government, not answerable to the elected BMP.

There are proposals — and some demands too — to set up a Metropolitan Planning Committee as envisaged in the 74th amendment. There has been talk of a new law to govern Bengaluru. I wonder if the new government will do anything about it. The chances of their consulting citizens, even if they decide on a new law, are low.

To me, it appears that the problem of Bangalore is too much of government and too little of citizens. Scrutinising budget numbers will not clarify the picture. In fact it will waste our time on the wrong questions.

What then should we do?

Ours is a federal constitution, and we must all learn to respect federal principles. This means that elected representatives do the job they are elected for. MPs must focus on national issues; MLAs must deal with policy matters and holding the state government to account. While the state government must make policy, provide resources of money and technology etc; it is local governments that must take on implementation of public services. It is at this level that we can have horizontal integration across departments. For this they must have their own staff, and their own elected body to supervise. The legal structures are in place.

We have to make them work. It requires a shift in mindset for all of us.

This is not easy; nothing worthwhile is. But do we want to try?

About Vinod Vyasulu 1 Article
The author has not yet added any personal or biographical info to her or his author profile.

“Bigotry feeds on our anti-Muslim bias”

Tejasvi Surya did not invent bigotry. He merely opened the gates. The root of it isn’t in 2014 or 2002 or even 1992. It is has been passed on from generation to generation.

In Part 1 of this analysis, the author discussed budget figures for 2020-21, and how resource mobilisation of the BBMP can be bettered. In this concluding part, he dwells on improving the finances of the civic body and suggests how that can translate to efficiency.

How many more pedestrians have to suffer injuries, before our civic authorities take action against unauthorised appropriation of public spaces by advertisement boards?