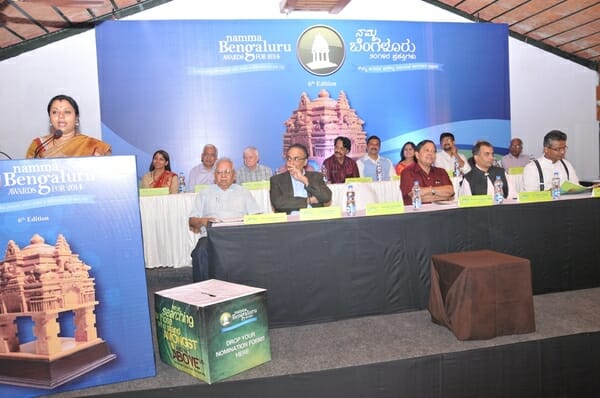 Namma Bengaluru Foundation CEO, Sridhar Pabbisetty said, “Namma Bengaluru has a glorious history of 477 years. It has been nurtured by many visionaries who have strived hard to make this city better. The Namma Bengaluru Awards strives to find the unsung heroes of today who imbibe the spirit in their thoughts and actions. Please nominate your unsung hero who has gone beyond his own comforts to make Bengaluru a better place.”

Renowned Kannada film actor, Ugramm Srimurali made the first nomination and said, “This is a commendable initiative of Namma Bengaluru Foundation. It is important to recognise the unsung heroes of our city and honor their dedication towards making Namma Bengaluru a better place. I request all Bengalureans to nominate their heroes for the Namma Bengaluru Award.” 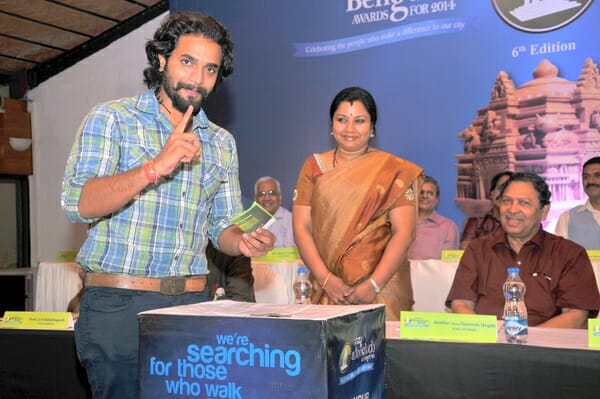 The 2014 awards program includes a total of 14 award categories. Citizens are encouraged to send in nominations in the below listed categories.

No self-nominations are entertained in any other category apart from the Corporate Social Responsibility.

The Namma Bengaluru Foundation’s mission includes strengthening and supporting the civic agencies, private institutions and individuals of Bengaluru, by building and nurturing partnerships to create sustainable and impactful improvements to the city.

NBF also believes in supporting the good work, mentor and scale up process of the nominees and awardees and hence has tied up with Knowledge Partners, India Cares Foundation. India Cares Foundation aims to collaborate with NGOs; and has a mission to enhance the quality of services, income and accountability of NGOs. India Cares Foundation has been associated with the Namma Bengaluru Awards, since 2011, and handholds the awardees in the social sector to improve their volunteering, mentoring and fundraising support based on their merit and need.

Send in your nomination

To nominate, you simply need to complete a nomination form. Nominations can be made online through www.nammabengaluruawards.org. You can also email the duly filled Forms to nba@namma-bengaluru.org. The Nomination Forms can be picked up and dropped at CUPPA, Bangalore One, BBMP (Head office & Zonal office), Jagadish Tours, Ammi’s Biryani, Channel9 and C Krishnaiah Chetty & Sons.

To facilitate every citizen to nominate their heroes, canters carrying Nomination Forms will visit all parts of the city. The schedule of canters will be made available on www.nammabengaluruawards.org.

A panel of jury of distinguished citizens has been formed which will assess and finalise the winners. The highlight of the panel is that it includes people from all walks of life; those who in their own individual capacities have made the city proud. From corporate heads to Resident Welfare Association members, the jury panel comprises of 23 celebrated citizens.

Namma Bengaluru Foundation (NBF) is an independent organisation committed to the betterment of the city of Bengaluru, through collective social engagement. The Namma Bengaluru Foundation works on public interest issues of Bengaluru through a combination of litigation, policy and broad based research, and by engaging with the communities in the city and those that matter to make a difference. We are focused on taking strategic action on public interest issues with a focus on Bengaluru and our priorities are set following a review of current and emerging issues and consultation with stakeholders.

The content has been provided by Usha Dhanaraj of Namma Bengaluru Foundation, and has been published with minimal editing under the Message Forward section, a space meant for non-profit public interest messages by individuals and organisations.

This fortnight’s neighbourhood news roundup – Beware of fake police on the streets; Hole in the wall at Jayanagar bus-stand.

Residents of an apartment complex in Bommanahalli off Hosur Road found out that they needed police protection to dig a borewell in their own compound.