There are many survivors who braved all odds and walked with faith, who could come out safely from Uttarkhand. One such survivor is Vijaya Bharathi, a resident of Nagarbhavi. The 37- year old homemaker told Citizen Matters: “The atmosphere was as cold as death all around during the heavy downpour and even afterwards. We fought death to reach home safely.” Here’s the account of the horror she went through, in her own words.

I, along with 12 family members, left Bangalore on May 30 to New Delhi by train. We were a part of the 45 member group who had booked their trip for the Char-Dham yatra along with sightseeing tour to Delhi, Jaipur, Agra, Allahabad, Gaya, Kashi, Ayodhya and Haridwar. We had booked a package tour by Asian Travels.

After seeing Delhi, Agra and other places, we reached Gowrikund on June 16, 2013. Next day, on June 17, we started our journey to Kedarnath. The government and Tourism Department had organised for palanquins and Khachar (hybrid animal between donkey and mare). I chose to walk, even though the uphill walk is dangerous due to the narrow pathway, which is slippery and full of small stones. Even a small slip here can cause dangerous injuries. I and my family members reached atop, all the while offering prayers to god. I sought blessings at the holy shrine. 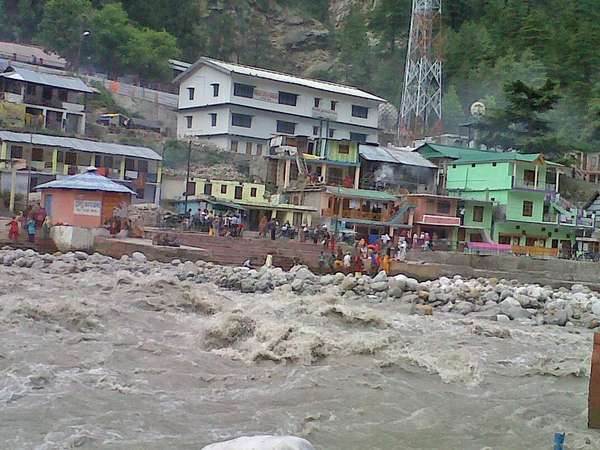 The flood in Uttarakhand washed away everything. Photo courtesy: Sharada Prasad

Wrath of the weather god

Just as I came out, I heard the news that the weather was getting bad and heavy rainfall will hamper the trip. Helicopters had suspended operations to take pilgrims by air.

Kumar, our tour guide, brought us down by 9pm. On learning of the bad weather, we all decided to head back immediately. When we reached Seetapur, the weather worsened, with heavy rainfall. We were in the bus. We could not go back as water had started gushing in just a few minutes ago. We could not go ahead as there was no road. Huge boulders had started rolling down, rocks were falling and the road was slowly breaking. I could not see the bus in front of me or the car behind me. Children were weeping, our teeth were chattering because of the cold. Everything seemed to be gradually sinking and freezing. We were stranded in the bus for eight hours. I had never seen such a heavy rainfall, it looked like it will never stop. None of us had the courage to even close our eyes even for a minute. If the bus had turned even a millimeter, we would have fallen into the valley.

Kumar told us that the rain was reducing, and left in search of a safer place. We all thought that he left us in the middle of nowhere; but he returned after three hours, with the news that he had found some rooms for all of us to stay. Those words were like god’s words to us. I was worried about the health of my aged parents, in-laws and particularly children, who were weeping inconsolably. 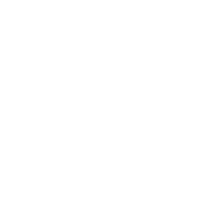 K Kumar, the tour guide from Asian Travels, has been taking such package tours for the last 20 years. He explains: “It was my responsibility and my duty to ensure that all my tourists were safe. I did all that I could. If something had happened to any one of them, how would I have faced my own conscience? How could I escape leaving all these people in an unknown place, where they do not know the local language? It was my job.”

Kumar had been able to arrange three rooms. They were 3-km away from where he had left us. He had fought the rain and hostile terrain to find a safe place for us. The manager there had demanded Rs 4,000 for every night. We had no choice but to go there.

The weather worsened. Soon enough, nearby buildings started to collapse like a pack of cards. I could hear people screaming. Water started gushing everywhere. Suddenly I heard people knocking our doors. They were pilgrims from nearby hotels who wanted to seek shelter as water had started entering their rooms.

But water started gushing into this building too. We were shifted to the third floor. But that was of no help. Very soon, we were standing in waist-deep water.

When the rain reduced, there was nothing left around us. We had managed to save some of our belongings like warm wears, some money and some eatables. But most of the people there had lost everything, including feeding bottles of their children.

We put our faith firmly on Kumar, who had visited the pilgrimage centre each year, in last two years. We had no other choice. He decided that we leave the place. We agreed. Just as we left, the building  we were resting collapsed – a miraculous escape for us again.

The military and police said that they will start rescue operations and making roads, once the rain completely stops. They also said they will attend to those stranded in Kedarnath first. Finally after four days, my group decided that it was no point waiting for them. We boarded the bus and left. Since Kumar annually visited the area, he knew the topography. He guided the driver to head towards Guptakashi, through interior roads.

Just as we were moving, the local police stopped the bus and said that there was a jungle out there with bad roads and nobody to help. The police told us to halt on the road itself. My group pleaded with them. The irritated officials warned us that it was risky and they would not be responsible if anything happened to us. We decided to move ahead as it was better than being lost forever.

Care to be taken while going on long trips

The bus would move a few feet and stop. We had to get down in and move the boulders to make way for the bus. It was a dangerous woody terrain. We could not see anything for miles together.

But at least we were moving. The ration we had packed lasted for only two days. The snacks helped us survive for another day. But on the fourth day, we were starving. We had shared all our food with our guests from the neighbouring buildings. I guess it was their blessings that helped us on the difficult routes of Gansal through Kemba village.

When we were going uphill, the villages were bustling with activities- shops, homes, children playing on the roads, women weaving cheerfully. But now – there was nothing. Only water everywhere. Boulders lying here and there. I wanted this bad dream to end soon.

But finally, our efforts did not go in vain. We saw a good road after Rishikesh, and reached Haridwar at 2.30 am the next day. While the normal distance was 200 kms, we had traveled around 400 kms. Though I was still scared, I was also proud of the efforts we all had put in. I thanked some of the locals in my heart, who had helped us in Kemba village when we were struggling to get out.

Once I reached the safe ground, I wanted to kiss the earth and say ‘Yes I have survived.’ I looked at my parents and inlaws and all I could do was hug them, smile and cry. We cried out aloud – it was the relief from fear and horror, which we all experienced.

At Haridwar, we learnt that it was a cloudburst and there was so much devastation. Until then, we had the impression that it was a very heavy rainfall and since it was a hilly terrain, the situation became bad. I also learnt that this was the first time such a tragic natural calamity had occurred.

Here we were told by the police that the government had made all arrangements for all the pilgrims and the rescued to be taken to Delhi and from there to their homes. We were sent to Delhi, Karnataka Bhavan, by road. There the volunteers of Raghavendraswamy Mutt and the representatives of Karnataka government took good care of us. They gave us blankets, proper three course meals with tea and coffee and required medication. We left from there on June 22, by Karnataka Express train, in a special coach arranged by the Indian Railways and Karnataka government. They treated us like their own children till we reached the City railway station on June 24th.

Now, it’s like I have seen everything and nothing else remains. The beauty of the Himalayas from the hilltops, the lifestyle of the Himalayan people, their love and hospitality, the beauty of nature and the forests… At the same time, I have also seen the rage of nature, the horror it can create, dead bodies, life without food and water, children crying and starving for milk, no warmth, no place to sleep, losing everything in floods, humans and animals falling everywhere, people weeping. I have seen death at the closest range. This is my second life and I thank everybody that I am alive.

Sitting at home now, I am scared to recollect the story. All I can say is that it is a miracle that we are safe and sound. I have not completed my Char-Dham yatra, Badrinath remains. But now I am too scared to go back there again. The very thought of it makes me cry. I was numb for the first few hours when I came home and saw my husband. I have got fever and severe cold now.

Residents are upset that on top of an already weak mechanism to prevent over-commercialisation, a recent High Court ruling that came as a boost is also being ignored.

B Z Zameer Ahmed Khan, JD(S), won the 2008 Assembly elections from Chamrajpet by a large margin. This former Minister and two time MLA is the only JD(S) MLA in the city. Read more about his assets, participation and behaviour in the assembly and performance in his constituency

An unusual award for unsung heroes

A first-of-its-kind award ceremony ushers in community bonding and rewards citizens for their selfless work.