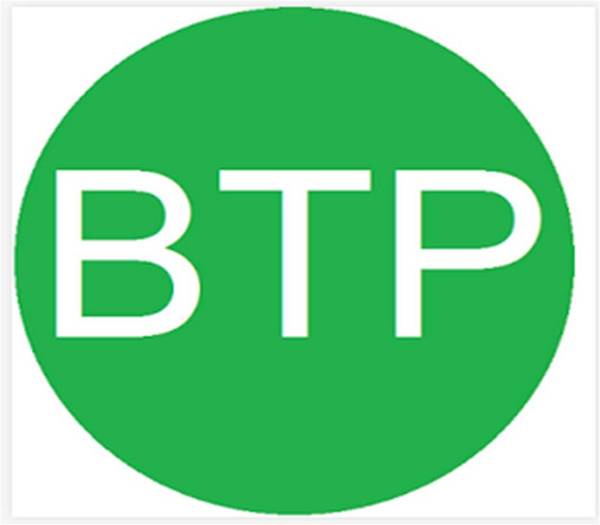 The Bangalore Traffic Police (BTP) seems to have new arsenal – an Andriod app for Bangalore road users. The app has been developed Shree Manu, an employee with a software firm, who builds apps as a hobby.

Manu initially approached the BTP with a location finder app called Wherez U, that he had developed post the Nirbhaya incident in Delhi. The BTP posted a link to the app on its Facebook page, and the app was received rather well; it has been downloaded about 4000 times so far.

Following this, a user gave feedback saying that it would be useful to develop an app for the BTP as well. Manu says that this inspired him to build an app that could cater to the various requests that citizens of Bangalore typically have for the BTP. So he went about developing an Android app. Within 2 months the version 1 of his app was ready; he asked the BTP to try it out and made it available on the Android market.

The BTP once again posted a link to the app on its Facebook page on 3 February, soliciting feedback for the app from users.  Within a couple of days of its release, the app had been been downloaded by more than 2000 folks; the Facebook post that announced it too, received over a 100 likes!  The rating on Google Play for the app so far is on the higher side too, with 75% of users giving it a 4 or 5 star rating. Needless to say, the BTP app is certainly off to a great start.

Citizen Matters got in touch with the Bangalore Traffic Police on Facebook and they have stated that they have not adopted the BTP app as yet. However, they have asked folks to share their feedback, to verify the usefulness of the app to the general public. Only after reviewing the feedback and making sure if the app is viable, will they adopt it officially.

The BTP app can be downloaded from here.

Features of the BTP app

1. Get live traffic updates and alerts

4. Check for traffic fines for any vehicle number

7. Place a widget on home screen to see new updates without opening the app

With respect to how the Traffic Police would respond to data on traffic jams that are made through the app, Shree Manu stated that a report is sent to the Traffic Management Center. An analyst at the TMC verifies the report through Google Maps, and if it is true, contacts a field officer. The field officer will then try to ease out the traffic situation. If the traffic situation persists after 10 – 15 minutes, a update is posted on the app feed. Since the launch, users have sent over 400 traffic reports, with a good number of them sending reports to simply check how the app works.

Another benefit of the app is that it has, in all possibility, generated revenue for the Traffic Police in terms of fine payment. There have so far been over 2500 requests to check pending fines. Of these, the information for about 350 vehicles with fines, has been retrieved. In all likelihood, this might very well have prompted those folks with fines pending, to make the payment.

After using the app, as well looking at the feedback that it has received, it does seem as if the app could do with an upgrade. It has a couple of kinks that could be ironed out. Here are some of the things that could be improvised on.

1) Users are asked to login using their Facebook credentials to access the app. While it does say that the login info will be used to display posts from the BTP Facebook page, on signing it, it states that it needs to access your profile and your friends. It is inevitable that folks assume that the app will be able to read their Facebook data. Secondly, for those folks not on Facebook, there’s no way to access the traffic feed. They can however, use all other features of the app.

2) Reviews of the app on Google Play have stated that it would be useful if a ‘Take Picture’ option was also possible. This will certainly come in handy.

3) While the Report button allows you to inform the BTP about slow moving traffic, jams, bottlenecks, accidents, vehicle breakdowns and potholes, it accesses the user’s current location through cell-phone triangulation. It therfore assumes the location to be where the user is located at the time of reporting. In case folks want to post an update after they have gotten out of a particular area, the info that is being sent to the police could be erroneous.

4) The app could include a system to report traffic and police violations as well.

While there general feedback to the BTP app seems to be positive with people saying that it will be useful and is much needed, there are inevitably a couple of folks who are unhappy or dissatisfied with this new initiative. From feedback on how the app should have been, to criticism on the current state of affairs, people sure do have a lot to say. One comment on the BTP Facebook page stated, “Sir, we need better roads, not app”. Another disdainfully remarked, “ Very amateur and boring app. It just takes the wall posts.”

An upgrade is on the cards

Shree Manu admits that the app could certainly be improved upon. He stated that he is working on making upgrades to the app, based on the feedback that users are sending in. This is likely to take him a week or so. Apart from the upgrades he is making, he also plans to link the app to other initiatives that could come in handy. The HappyAuto/Sugama Savari initiative that the Traffic Police initiated about 2 months back is one of them. A link to Public Eye, an app from another developer, that allows users to shoot pictures of traffic violations will also be included.

Shortcomings aside, the BTP app is certainly a start. No doubt that any glitches will be ironed in time. The BTP app will surely prove to be useful tool to navigate through the city’s traffic.

Based on user feedback, the Facebook login restriction was removed from the BTP app on 12 February 2014. As a result, even folks without a Facebook profile can now use the app.

Bengaluru has only around 4,600 traffic cops for a vehicle population of over 80 lakh. Administrators are trying to bridge the gap with technology, but experts say technology without expertise and infrastructure doesn’t help

An interview with Karthik Shekhar, the General Secretary of UNITES Professionals, a union for IT and ITES employees.

Hefty fines lead to fewer traffic violations, and hence better traffic management. Then why are we angry about the new fines? And what can we, as citizens, really do?