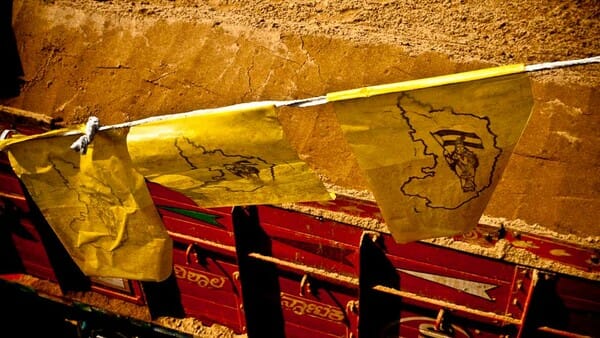 My daily commute takes me from Mallathahalli (which gets confused with Marathahalli a lot) to a place in Kadubeesanahalli, which lies next to Devarabeesanahalli. My colleagues commute from places like Konanakunte, Gottigere, Bilekahalli, Parappana Agrahara, Kaikondarahalli, Doddakanelli, Kaggadasapura etc.

I sometimes wonder how a non-Kannadiga who’s just landed in Bangalore Bengaluru, or living here for a few years, would take to these names. He/she would also have the problem of having to live in places like Garebhavipalya, Bommanahalli, Tippasandra or even Kormanagala, or Madiwala that make you pull out the South Indian ‘ಳ’ or ‘ळ’.  Of course for someone non-Tamilian visiting Chennai, there are places to deal with like Pazhavandangal, Puzhutivakkam or Okkiyum Thuraipakkam, and they do bring out the Tamil “zha” which isn’t found in any alphabet other than Tamil and Malayalam.

But having to deal with these names of Bengaluru made me wonder, when did it come down to this? It used to be much easier, places were mostly some “nagar” or the other. Growing up, one of the games we used to play as kids was listing all the Nagars in Bangalore. We’d start with Srinagar, where we were, and spread out through Hanumanthanagar, Kempegowdanagar, Girinagar and list out places like Dooravaninagar, Gandhinagar, JP Nagar, Jayanagar, Vijaynagar trying to get to 50. We usually did. (Try it, it’s a fun exercise.) The most challenging seemed to be places like Basavanagudi or Gavipuram.

Considering that Nagar means a city or town and Halli means a village, it’s almost like the older Bangaloreans kept the Cities for themselves (along with the petes, purams and the towns) and let those coming in newly live in the villages, with occasional “layout”s. Most new developments tend to be happening in the far off “hallis” while the older “nagars” are (for now at least) mostly independent house constructions. It is a pretty sure sign that the city is now expanding right through the villages, and paradoxically Bengaluru is increasingly living in its villages. Hosakerehalli, older parts of Varthur and so on still have fields and coconut farms.

There are also the -sandras that get thrown in a lot, places like Thanisandra, Tippasandra, Bommasandra etc. The older ones were those beyond Wilson Garden – Neelasandra and Lakkasandra where the “Huchhaaspatre” NIMHANS was located, far away from the city. The word sandra itself derives from Samudra-erstwhile tanks?

Through all this, the one possible outcome could be the derivation of newer pronunciations and spellings to accommodate different languages that have to use them on a daily basis. Some of it has already happened. Halasuru becoming Ulsoor for example. And then there is Doddanekundi, which even though suggests “a big elephant’s arse” in Kannada, is said to have been derived from a Telugu phrase “Dodda-nakka-undi” translating to “There’s a big jackal there”. But then the Telugu word for big being “pedda” this should technically translate to “Peddanekundi”. Maybe some mixing and matching there between different languages? (Or maybe difficulty in saying it with a straight face?)

Newer naming to accommodate English has also seen some changes. Doddakkanahalli, which translates to “Older older Sister’s Village”, is now officially spelled as Doddakanelli. There are older shops with Kannada boards, which still have the address saying “ದೊಡ್ಡಕ್ಕನಹಳ್ಳಿ”. And further down Sarjapur Road, the younger older sister gets her due in the form of “Chikkakkanalli”. This of course begs the question, why couldn’t Doddakanelli have been “Doddakkanalli”?

What is in pronunciation?

Pronunciations have also thrown up their own set of names. Like Koodlu(कूड्लु) gate is now mostly Koodlu (कूदलु) gate, the latter meaning hair. All the hallis, which mean villages when pronounced with the stronger La(‘ಳ’ or ‘ळ’) would mean lizard when pronounced with the milder “la”(ಲ or ल). The latter “la” being more prevalent in other parts of the country, it is almost like the City is now surrounded by lizards instead of villages! Thus you have Maratha-lizard, Mallatha-lizard, etc. A Bommana-lizard, would mean a Brahmin Lizard, maybe living in Parappana Agrahara.

As Bangalore celebrates becoming Bengaluru, one thinks of the time when the idea was first suggested, nine years ago. When U R Ananthamurthy mooted the renaming of 10 districts to their Kannada equivalents, one of the reasons he gave was to make Kannada more global, to make the word “ooru” roll through foreign tongues not used to it. I wonder if he realised that the process was already happening, and the word “halli” itself was becoming global. Cisco and Intel, one of the world’s largest networking equipment makers and chipmakers respectively, would have their India operations in Devarabeesanahalli and Kaadubeesanahalli. You could build a school and name it “Greenwood High International,” but you would still have to deal with an address like “Chickkawadayarapura, near Heggondahalli”.

How difficult does Bengaluru sound now?

(Hat-tip to twitter.com/zenrainman for his inputs)

The vataaras in South Bengaluru’s petes and gudis: a retro-journey
In search of a new village

What should we call an Indian lady going to Australia to play an Indonesian instrument? Extraordinary! Meet Anasuya Kulkarni at her home in JP Nagar.

Cycling is set to receive a boost with a competition being announced this week. Officials in the meantime are working on making Jayanagar friendly for cyclists through a special pilot project.

Last week Amitav Ghosh was here to launch his much acclaimed ‘ River of Smoke.’ Suja Sukumaran, an ardent fan, was there to meet him.