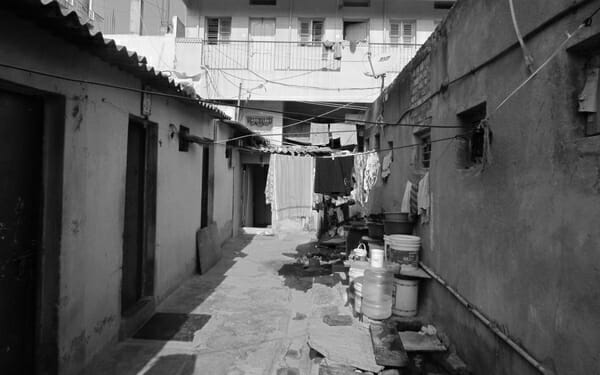 International Symposium on Health in Slums 2016 was held in Smrithi Auditorium, Bangalore Baptist Hospital, Hebbal on April 30, 2016. This was a first-of-its-kind event provided a platform for health researchers, BBMP Medical Officer and NGOs involved in various aspect of health in slums.

The population for study involved migrant and non-migrant populations. This was an opportunity to connect the investigators, with questions pertaining to the health and wellbeing of the slum dwellers, with those willing to offer solutions in the form cost-effective options of fuel, energy, technology and healthcare.

A slum is perhaps a generic term that refers to the settlement options available for the urban poor. The resident populations include skilled and unskilled labour; the backbone of the trade and construction sector. While we may opt to neglect these settlements, slums have a high prevalence of infectious diseases and are more vulnerable to chronic diseases, such as cardiovascular diseases and cancers.

However, before delving into the requirements it was imperative to assess the available facilities. This symposium brought to the forefront the work of the BBMP Medical Officer who serves a population of 1 lakh with 77 centres, including 24 maternal centres. At the heart of the health care for the urban poor are the link workers who connect the communities to primary healthcare.

Researchers from Maastricht University and Zuyd University spent an average of eight weeks along with doctors from The Baptist Hospital in the slums of DJ Halli, Peenya and Summanahalli. These regions are particularly at risk during the monsoons.

Certain NGOs have gone beyond the health aspect to address the needs of this population as an attempt to understand their ecosystem and provide solutions using ingenious methods. Examples include, better cooking methods by ICARUS-NOVA, to reduce indoor air pollution. Project Exhale provided sample data for this effort.

SOCHARA, one of the organizers of the symposium, revealed that disruption of lake settlements further alters the ecosystem, as the urban poor are also dependent on the lakes for livelihood. Construction along the lakes, privatisation and pollution are some of the factors that ought to be addressed with vigour and a non- myopic resolve.

Sanitation or the lack of it, in the slums also formed a part of this discussion. Open defecation, open drains, and manual scavengers have raised a stink that led SOCHARA to work with sanitation workers. In Pavgada, a town in Tumkur, a group of 34 sanitation workers brought to the fore the everyday difficulties of waste segregation, collection and storage. The State Government has allocated Rs 600 crore to address sanitation issues, but implementation requires more accountability and hands.

The maternal mortality rate (MMR) is 174/1L live births in India, as of 2015. Anaemia, unplanned pregnancies and maternal deaths form a vicious cycle. ASHA (Accredited Social Health Assistants) are members form the community who are entrusted with the task of encouraging better antenatal care, institutional deliveries and awareness about temporary and permanent contraceptive options.

Dr. Carolin, MD, from Bangalore Baptist Hospital, presented the ‘Ecology of Malnutrition’. Her account states that it is very common to find children with a weight corresponding to 6SD below normal – the most pronounced outliers of a Gaussian bell curve. The average amount spent on food for a month is INR 400; often used to feed a family of five.

Children in these areas are also more vulnerable to physical and sexual abuse. Negative psychosocial stimulation is perhaps not the best model for these citizens of tomorrow. Dr. Pattanshetty, MD, faculty as Manipal University, highlighted the importance of Maternal and Child healthcare tracking system and various drawbacks in its implementation.

The paradox of malnutrition and obesity was stressed upon by Dr. Girdhar from the Institute of Public Health, Bangalore. By 2040, the estimated number of Type 2 Diabetics is estimated to reach 123 Million; a disease that no longer discriminates between the affluent and the urban poor. Indians are hypothesized to inherit the ‘Thrifty gene’.

This is an unusual bargain that leads to quick storage of fat, for even a slight increase in dietary intake. As the major intake is rice based, or a quick fix is junk food and alcohol, this only hastens the natural history of the disease. A suggestion by Dr. Shivani Gupta was to adopt food practices from neighbouring Bangladesh. The efforts of Nobel Laureate Muhammad Yunus have led to availability of highly subsidized ‘mishti doi’ (fortified sweet curd).

Perhaps most of these issues are not new, but the efforts of the communities to address them are certainly evolving. The State ought to realize that health of the urban poor is not charity; it is an asset that requires some deliberation and a lot of attention. Bangalore is the third most populous city in India – 150% increase in population over the last decade. The dwellers of slums that work in/for the high rises of the city need more attention than they receive. The work of NGOs such as SOCHARA, GAP, SELCO foundation, MAYA, One Good Step and JANAAGRAHA are commendable, but those who cannot be part of these are also relevant to finding a better solution.

For starters, one can ensure that the domestic help at home as a health insurance card.

The jobs that the inhabitants of these settlements fill in are certainly not gratifying ones. In a just and equitable society we could offer them social security. In the absence of which, a meal, some empathy and health aid would go a long way.

More people, less jobs: where is sustainability in master plan?

With residential areas increasing and commercial areas decreasing in the master plan, there is no real plan to make Bengaluru sustainable. Insights from a citizen.

Students of an Actor prepares (aAp) showcase their talent

The Institute offers three-months weekend course on acting, as well as dance classes on weekdays. The first graduation ceremony saw eight students stealing the limelight with their talent.