Railway Under-Bridge near Bengaluru’s Shivananda Circle is no longer an ugly, stinking, dangerous thoroughfare for pedestrians. It has been transformed in five steps: 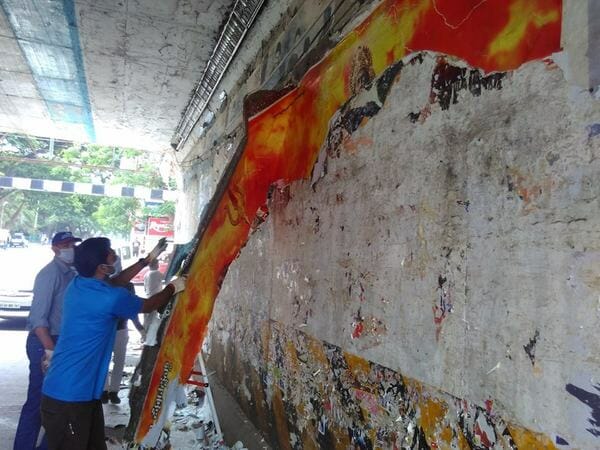 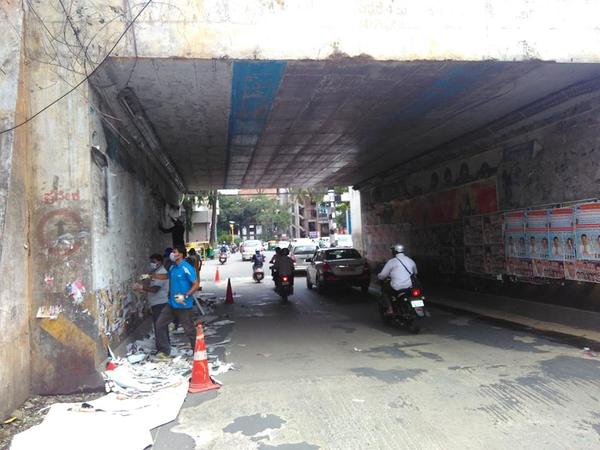 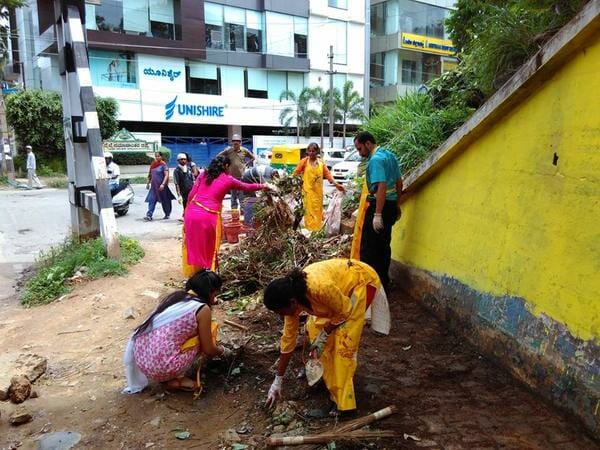 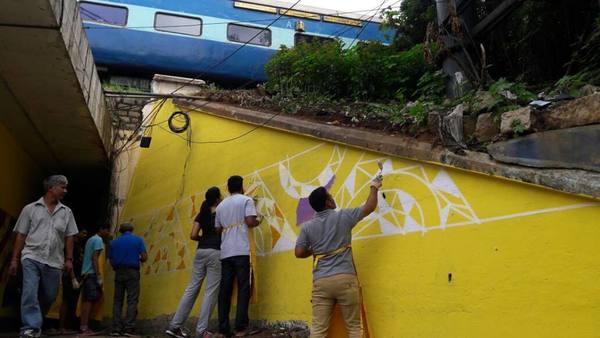 The Ugly Indian poster-repellent design was used, with striking bright colours, to brighten up an otherwise dark and dreary under-bridge place. 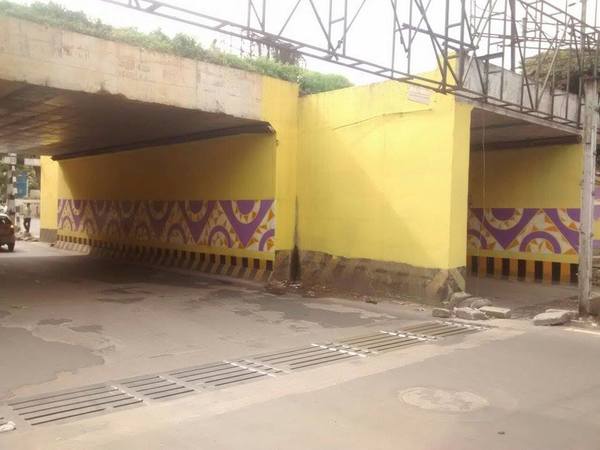 See the album of Spotfix no 1 here: https://www.facebook.com/theugl.yindian/photos/…

Step 2 (July 2016): BBMP fixes the footpath and repairs the pathways, including installing lights

Step 3 (July 2016): Railways fixes the leaking roof and trims the bushes, clears the garbage from its part of the bridge

Step 4: (July-Sept 2016): The under-bridge space was monitored for three months and regular maintenance was ensured.

People who post posters in Bengaluru respect good design. The quality of the design makes it look like tile work from a distance. This trick worked. Only four posters appeared after three months – that too on the front portion of the bridge where there is no poster-repellent design. Pedestrian movement increases as it is now a well-lit clean and safe zone, and ugly/illegal activities are eliminated.

Step 5: Final Spotfix: to paint the balance 20% and beautify the vicinity. 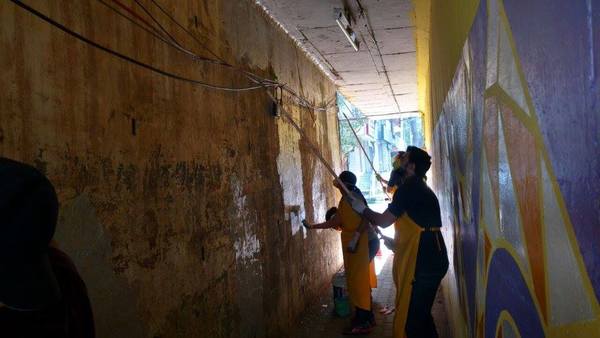 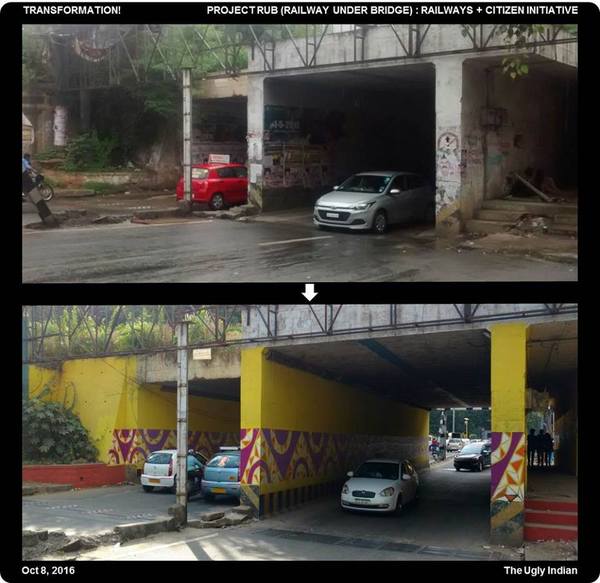 See the full album of this Spotfix here.

This spotfix is a great example of positive partnership between citizens, city government (BBMP) and Indian Railways – to fix a public asset that lies in a no-man’s land, with shared, but undefined responsibilities between multiple entities.

Being The Ugly Indian: It’s all about fixing whatever we can
All it took was Rs 850/- to fix the ugly spot in Church Street

The best way to motivate citizens to shun personal, private vehicles is to provide credible and affordable public transport alternatives