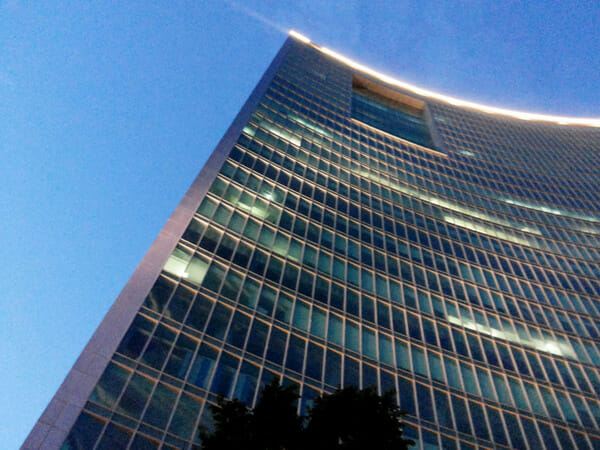 Sale in properties across Bangalore has dipped in last one month. File Pic.

Builders and realtors are not at all happy with the new guidance value system. They point that the market is going through a turmoil and sales have reduced. There is a lot of confusion prevailing among builders, buyers and realtors.

N A Afzal, the Chairman- Legal Affairs of Bangalore Realtors Association – India (BRA-I), says: “We have observed the notification and objected to it as well. The government is not very friendly to the builders community, including the recent (central) bill where the builders have been told to charge properties based on the carpet area and not as per the super-built up area. The new concept of charging for the amenities is an addition to this.”

Afzal points that in the last two years, the rates of property in the open market had not increased more than 25% in the CBD areas. Whatever projects which people are moving into or being advertised were started 3-4 years ago. They are just being completed now. He adds that the real estate market is not good, with only 35-40% of the projects being sold.

What’s the demand for real estate in the city?

Prakash adds that in areas like Nagarbhavi, Chandra Layout and some parts of Vijayanagar, there is demand for flats. But mostly old time Bangaloreans and locals still prefer independent homes. A large demand for flats comes from non-locals, especially north Indians who are opting for ones in Yelahanka, Airport Road, Sarjapura Road, Hosur Road and Electronic City side.

Krishnakumar adds that Jayanagar is an expensive area, where sites are still available. However in case of apartments, Kanakapura Road and Bannerghatta Road are in demand. While for gated communities and villas, it is north Bangalore which is making brisk business.

Demand for what kind of homes?

Around 60% of the upcoming residential projects belong to mega builders like Shobha, Mantri and so on. But a good demand for apartments in Bangalore still ranges from Rs 40-75 lakh. Low cost flats costing Rs 20-25 lakh are also making fast sales in Electronic City, Whitefield and Sarjapura Road.

Prakash, proprietor of Prakash Real Estates, located in Vijayanagar, says that the government has announced a lesser guidance value. While this will affect the builders, it will help the buyers. But no matter what the rate is, real estate agents will not get affected as they work on commission.

He also points that the leasing of properties has reduced over the years. Now with the new guidance value, it will reduce even more due to rise in property cost.

Afzal says that buyers usually register the property after the completion of the project, just when they are ready to be occupied. So even if the agreement is old the stamp duty will be increased as it will be based on the new guidance value. Most builders could even demand the difference amount from the buyer. All these problems will crop up within a month, he warns.

How is guidance value calculated?

Speaking to Citizen Matters, Adhoni Syed Saleem, Inspector General of Registration and Commissioner of Stamps and Chief Controlling Revenue Authority in Karnataka, says that they have covered around 10,000 areas in Bangalore. The guidance values have been issued after a thorough study by the department and the sub-registrars. They have visited various sites and spoken to citizens and realtors.

After reviewing the present market rates and the old values, the new ones have been derived. The rates have been hiked, as it has been over two years since the guidance values were revised.

“The guidance value has increased from 20-60% in urban areas and only in a few cases like in outskirts of Bangalore they have doubled (100% increase). In the central business district (CBD areas) there has been a 50% increase,” he says.

Saleem says that now some of the costliest areas in the City would be Commercial Street, Sankey Road and roads near Raj Bhavan. The cheapest will be outskirts like north and west Bangalore.

Saleem says there are many indicators which increase the value of a property, such as the facilities provided, proximity to the airport, bus stand, railway station, availability of space, ongoing and upcoming construction activities, infrastructure projects around it like Metro, population density and so on.

Citing an example, Saleem explains that an area like Chickpet is nearest to city railway station and bus stand, it is also in the heart of the City, but there is no area left for development and expansion. So the guidance value cannot be escalated to a large extent. However incase of Vittal Mallya Road, it is in demand for residential and commercial purposes, it is located in the heart of the city and there is scope for development. Thus the cost escalates. Same is the case with developing areas like Whitefield and surrounding areas.

The guidance value will give a good push for a better real estate culture and better implementation of laws, say Saleem. The government is expecting an earning of Rs 840 crore this fiscal from the stamp duty itself.

Some effects of the new guidance value

Pay extra for car parking: People will have to pay an additional amount for the car parking spaces. Apartments with car parking do cost more so now the value is also more.

Rent can’t be hiked suddenly: With the increase in guidance value, the owner cannot fleece the tenant to pay more rent suddenly and violate the contract agreement. The owner can only increase the rate based on the contract- annually or however the clause says and not because of the high guidance value.

Govt projects won’t be affected: Guidance value will not affect the cost of governmental infrastructure projects as they come under the category of necessity. When government or BMRCL acquire the land, they will pay a higher price as they do not want people approaching the court and stalling the project. The rates are fixed by the government’s land acquisition departments and the guidance value does not affect their decision.

Old agreement, new stamp duty: Regarding those who have already purchased a property, but are yet to pay a stamp duty, Saleem says: “if the agreement was made a year or two ago, but the property was not registered, then they will have to pay a higher duty. As per the act, the guidance value of the property which exists at the time of registration matters while paying the stamp duty. People will have to pay the stamp duty based on guidance value existing on that date of signing the agreement.”

Citizen Matters got a reader alert exposing sewage-led pollution at the DRDO lake. Some action is being taken, however an inquiry into the complaints system at KSPCB exposes a sarkari mess that can confuse citizens.

Pulikeshi Nagar: No end in sight for water, sanitation woes

What are the problems troubling the constituency? Who are the contestants? What expectation do the voters have?