Bangalore Literature Festival (BLF), the flagship literary event on the cultural calendar of Bangalore city, is all set to roll out its fourth edition on December 5th and 6th 2015 at Hotel Royal Orchid, Old Airport Road. The BLF has emerged as the second largest literary conclave in the country that brings the best of minds in the world of literature to Bengaluru. Building on the success of the earlier editions, this time the festival brings together nearly a hundred stalwarts from the world of literature, in various languages, both from India and abroad. 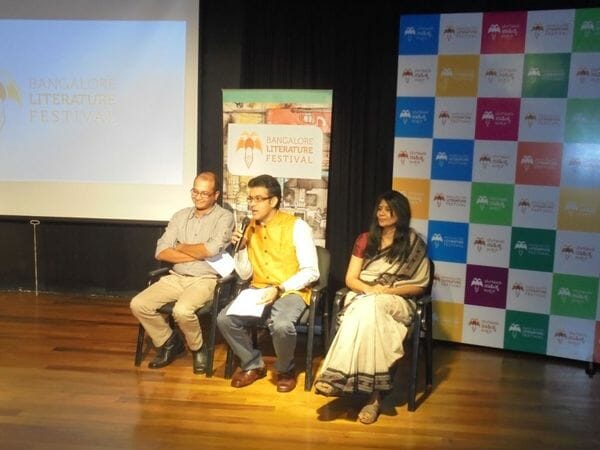 This edition has multiple focus themes. The recent debates across the country on intolerance, the returning of awards by writers and artists, refashioning of history and appropriation of historical characters by political parties of all hues will find a resonance in the festival’s deliberations. The centenary of the World War 1 and the lessons it holds for world peace, as also the centenary of the Nightingale of India, Bharat Ratna M S Subbulakshmi will be discussed. A Carnatic classical concert of MSS’ trademark songs presented by her granddaughter Aishwarya Srinivasan, graced by MS Subbulakshmi’s daughter Radha Vishwanathan, will be an added attraction. Other themes will include mythology, advertising, history and biography, the Partition, contemporary politics, young adult literature, cinema, poetry and crime. This edition will feature an eclectic range of authors and speakers, including several distinguished names like Javed Akhtar, Chandrashekhara Kambara, Shashi Deshpande, Sarah Joseph, Upamanyu Chatterjee, M J Akbar, Devdutt Pattanaik, Barkha Dutt, Nandan Nilekani, Jairam Ramesh, Ashutosh, Piyush Pandey, Ramya, Padma Rao Sundarji, Prakash Belawadi, Anuj Dhar, Lakshmi Vishwanathan, Radhavallabh Tripathi, Jaishree Misra, Sambit Patra, Maya Mirchandani, Shatavadhani R Ganesh, Siddharth Dhanvant Shanghvi and others.

A sizeable contingent of Kannada voices will discuss and debate the state of the language, its future and also various aspects of the rich linguistic and literary traditions of Kannada. Notable among them are Narahalli Balasubramanya, Dayanand TK, Arif Raja, KN Ganeshaiah, Diwakar S, Kanaka Ha. Ma., Tulasi Venugopal, Prajna Mattihalli etc.

For the first time, BLF is coming up with a Literary Award in conjunction with Atta Galatta, the city-based bookstore and art-literature space brought to life by Subodh Sankar and Lakshmi Subodh. Atta Galatta is also the Official Festival Bookstore. The awards carry a total purse of Rs 2 lakhs under the 3 categories of -Best Fiction (English), Best Non-Fiction (English) and a Literary Achievement Award in Kannada. The judges are eminent writers Usha KR, Vivek Shanbhag and Harish Bijoor.

The award is an original sculpture titled “Thought Beyond Words”. The idea is to showcase how creative insights precede their translation into language. 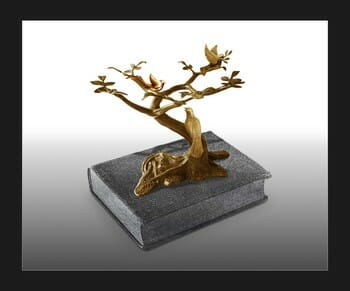 The sculpture depicts the mind as a tree and thoughts as birds. Birds come and go to the branches of the tree. Some fleetingly, some with more persistence. Some birds will take up residence in the tree, build a nest in its branches and giving birth to more thoughts.

As the only literature festival that has structured sessions for children and young adults as part of the ‘Makkala Koota’, BLF continues to wow the younger ones in the audience with interesting activities like writing workshop, mythology quiz, audio-visual storytelling with live sketching, cooking your story using puppets and doodle your wall. With Amar Chitra Katha, Pratham, Duckbill and Bookalore, performance storyteller Vikram Sridhar brings together a treat for children of all ages.

Languages are scarily getting endandered in an increasingly globalised world. Being alive to this problem, BLF in associaiton with film makers Jenny Pinto and Ratnottama Sengupta will be curating a round-the-clock screening of national award-winning films in various endangered languages: ‘Byari’ (in language Byari, Director: Suveeran), ‘Orong’ (in Rabha/ Dir: Suraj Kumar Swarth), ‘Nachom-ia Kumpasar’ (in Konkani/ Dir: Bardroy Baretto),  ‘Qissa’ (in Punjabi/ Dir: Anup Singh), ‘Ri’ (in Khasi/ Dir: Pradip Kurbah),  ‘Crossing the Bridge’ (in Sherdukpen), ‘Pagdi – The Honour’ (in Haryanvi/ Dir: Rajeev Bhatia) and others. There will also be a panel discussion on ‘Why Speak of Little Languages In a Globalized World?’ featuring filmmakers, dancers, theatre persons and writers.

Buoyed by the success of the unique concept of ‘Lit-Mart’ where aspiring authors got to make crisp three minute pitches of their manuscripts to an array of literary agents, commissioning editors and publishers, Lit Mart returns this year. Entries are to be made by aspiring authors on our website and social media page and the shortlisted candidates will be asked to make their final pitches to the panel of Jayapriya Vasudevan, Deepthi Talwar, Rashmi Menon, Ajitja GS during the festival.

For the first time, BLF is coming up with a Literary Award in conjunction with Atta Galatta, the city-based bookstore and art-literature space brought to life by Subodh Sankar and Lakshmi Subodh. Atta Galatta is also the Official Festival Bookstore. The awards carry a total purse of Rs 2 lakhs under the 3 categories of -Best Fiction (English), Best Non-Fiction (English) and a Literary Achievement Award in Kannada. The judges are eminent writers Usha KR, Vivek Shanbhag and Harish Bijoor.

A main attraction in this year’s festival is a unique installation on World War 1 by Elke Falat from Germany. Based on a combination of historical material and a concentrated selection of artworks from Germany and India, it focuses on the effects, reception and historical narrative of the First World War and provides the opportunity for a re-positioning. In the process, diverse historical strands are taken up and carried to the here and now. Alongside the special prisoner-of-war camps, the exhibition focuses its attention on the search for traces in India and Bangalore. While most of the soldiers came from Northern India, men from Bangalore also took part in the war as members of the Mysore Imperial Service Troops. It should be noted that Bangalore was decidedly influenced by the British military and is still an armaments production site. The so-called “Bangalore Torpedo” was manufactured here during the First World War.

Vikram Sampath, Author/historian and Co-Founder of Bangalore Literature Festival, says, “Over the last three years, BLF has made a distinctive mark not only in the city, but also the country as a festival that is serious about issues concerning literature. Each year we have attempted to bring something new to the fore and engage our spirited audience with panel discussions, workshops and cultural programmes. This year too, we are pleased to host an exciting lineup of established and emerging authors and speakers who will discuss diverse topics. The idea is to make the festival a must-visit event in the country.”

Shinie Antony, author/co-founder BLF, says, “One can browse through multi-lingual books, attend book launches and author signing sessions, participate in workshops on detective writing by Zac O’Yeah, short-story writing by Indira Chandrashekhar and book-binding by Jenny Pinto, taste local and international cuisine – all in the true tradition of ‘Literature in the Park’.”

Partners this year include the Government of Karnataka- Departments of Tourism and Kannada and Culture, Microlabs, Goethe-Institut/Max Mueller Bhavan Bangalore, Sahitya Akademi and Symbiosis School of Media and Communication.

The Festival opens at 9.30 am on both days with sessions going on through the day across two parallel sessions on the green lawns the charming Royal Orchid Hotel. Entry is free and open to all via registration on the website www.bangaloreliteraturefestival.org and via Facebook and Twitter on #BlrLitFest. Pre-registration is highly recommended.

About The Bangalore Literature Festival (BLF)

A celebration of literature, this festival also seeks to commemorate the creative spirit of Bangalore and literary diversity of the city offers by engaging it in conversation with the best minds in the world of literature from both within and outside of India.

This initiative by a group of authors and bibliophiles of the city is led by authors Vikram Sampath and Shinie Antony and social venture professional Srikrishna Ramamoorthy. The objective of the Bangalore Literature Festival is to put together a literary experience that brings writers – both established and aspiring, readers, publishers, students and young professionals and other stakeholders of the city together on a common platform and create a compelling space for engaging and thought-provoking discussions on literature and life.

About Sridevi Rao 3 Articles
The author has not yet added any personal or biographical info to her or his author profile.