We the residents of Shamanna Gowda Layout, in Bengaluru, are living under constant fear of a health hazard and the concerned authorities are hardly doing anything despite constant follow ups from our end!

Retaining wall built near a storm water drain was demolished by BBMP in March 2017 supposedly for renovation. It has been raining everyday from mid-August and residents of our layout are forced to bear the brunt, as the entire area is covered with silt and filth that comes gushing out of the storm water drain and the unbearable stench that comes with it.

It has been several months but there is hardly any work going on. There is no communication as to when work will be completed. Adding to our misery is piled up garbage near the storm water drain.

The matter has been brought to the notice of our corporator Gowtham Kumar several times through WhatsApp images and SMS. Corporator had visited our layout a couple of times after rains and each time we the residents met him to express our concerns. 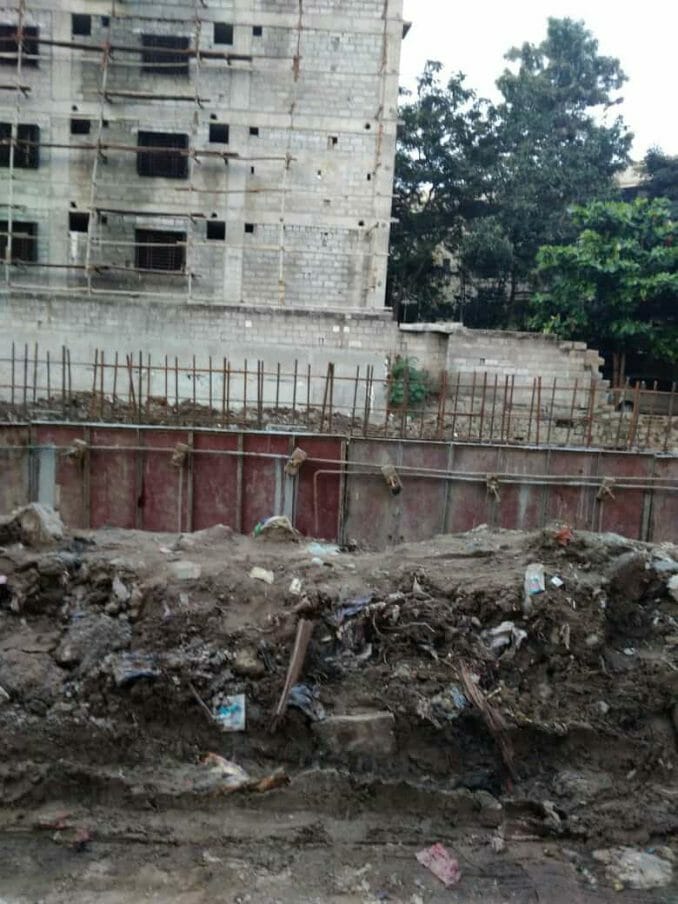 The matter was also brought to the notice of our Member of Legislative Assembly, N A Harris who had visited the layout on 20th of August 2017. About 100 residents met N A Harris during his visit to our layout. Harris patiently listened to our concerns and gave instructions to BBMP engineers to ensure corrective action. Post his visit and his instructions, nothing significant has happened. Residents have given up hope and are hoping for the best from nature.

During one of his rounds we met BBMP’s SWD Engineer who expressed his helplessness and asked us to report this issue to the Commissioner.  When we followed up with the contractors they said that they have not received any instructions. Sometimes they abuse us saying that they are not liable to answer to our concerns.

With corrective action not taken from possible sources, we are now hoping to reach the authority through media.

Bengaluru has set out on a journey of managing its waste sustainably. Going for pulverisers that further increase the load on sewage treatment of the city may not be a solution for this city.