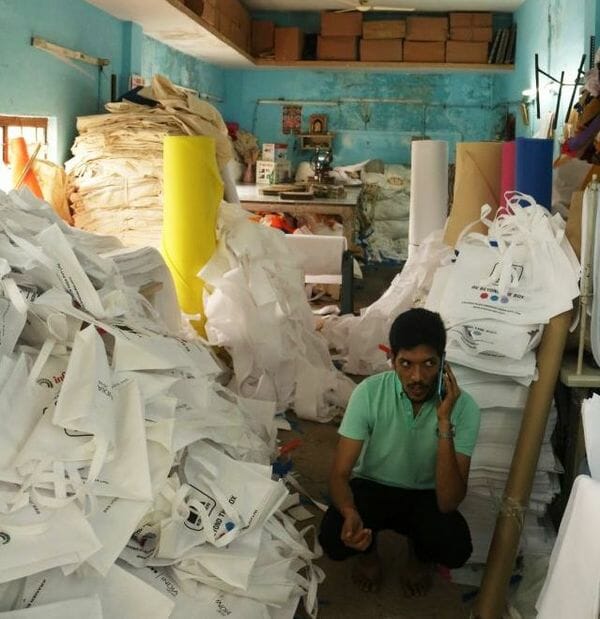 Dugar has been making the trek from the Indiranagar office of his company, A S N Entreprises, to his two factories in Peenya since the total ban on plastic in Karnataka meant an end to his former business: manufacturing and selling plastic bags.

The plastic ban was first announced in January 2015 and was made official in March 2016. Bengaluru was producing 1050 tons of plastic garbage per day prior to the ban, according to The Better India. The plastic pollutes lakes, blocking sewers, drains and gutters and is generally a menace to the environment.

Despite proven environmental justifications, the ban ignited anger and fear across the industry, which employed 70,000 workers in Bengaluru. Hundreds of plastic workers gathered to protest the ban and others braced for unemployment.

Dissimilar to the plastic tycoons who have been fighting to repeal the ban, Dugar made the snap decision to stay in the bag business, producing cotton and paper bags for the same customers using the same employees.

“I am a strong believer that there is always a new beginning,” Dugar said. “You have to be smart and flexible enough to adopt what your environment wants. You cannot stick to a single thing and be adamant like that.” 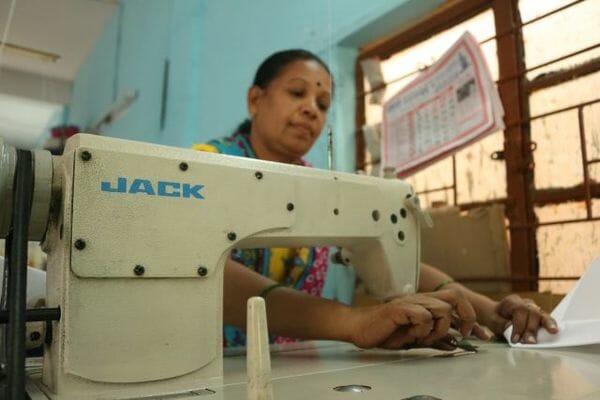 He left behind his factory in Bommasandra because in the absence of his plastic bag machinery, which he sold to a trader in Delhi, the factory was much too large. He replaced the space with two smaller factories in Peenya.

From January to April 2016, Dugar worked day and night in Peenya learning the practice, teaching his employees how to make the bags and finding new dealers to sell him cotton fabric. He ended up losing about 20 lakh total over those four months. Today he has almost recovered financially.

Through such large financial losses, he continued to advocate for the ban. Currently he employs around 220 people in his business that manufactures cloth and paper carry bags.

“I am the youngest entrepreneur in this industry, so I have my entire life to earn money,” Dugar says. “But if there is no environment, then how will I live and how will I earn money?”

‘Our citizens have a wonderful mindset’

Dugar said now that plastic is banned, there’s actually a shortage of cotton carry bags. This is because of plastic bag manufacturers reluctance to leave behind the plastic industry and make cotton or paper bags instead, he explains.

“Our citizens have a wonderful mindset,” he says. “They are ready to pay 20 rupees for the bag today just for the environment… So, if customers are supporting so much, why can’t the manufacturers, the traders support?” 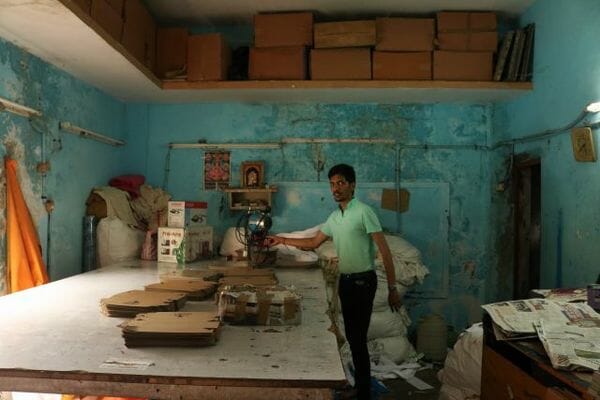 He attributes the plastic tycoons’ unwillingness to adapt to the new law to the greater trend of Indians not taking care to keep their cities clean.

Realities of the market

Dugar says he is doing his part to protect the environment, but he worries about the future. What if the plastic ban is repealed?

The realities of the market are difficult to deal with. Printed plastic bags cost Rs 50 per kg, while paper bags cost Rs 80 per kg. There will be 150 plastic bags per kg, while there will only be 50 paper bags per kg. Hence it makes sense for the shops to go for plastic. Even when they go for paper, they transfer the cost to the customer, so it is always the customer who pays for the chosen sustainable option. 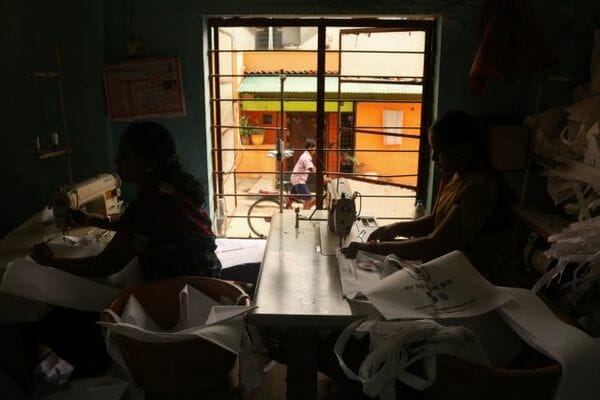 Realities of the market are very different, and the fate of sustainable options depends on the decision on plastic ban. Pic: Kate Clark

However plastic manufacturers and traders do not want any sustainable option, and are already fighting the case in National Green Tribunal. The fate of plastic ban in the state of Karnataka relies on the direction the NGT would choose.

“In India there is a practice, if something starts on a boom, everybody is enlightened,” Dugar says. “But, it takes 10-15 days to stop that enlightenment. For 15 days, everyone would say no you cannot use plastic. From 16th day, nobody cares what you do.. To be frank, I am afraid. If again plastic comes in, where will I go? How will I sustain?”

The earth’s date with the sky

Anuradha Nalapat wants common people to share their thoughts, scribbles and writings through a session of shared discussion on Saturday December 19th at Time and Space Gallery.