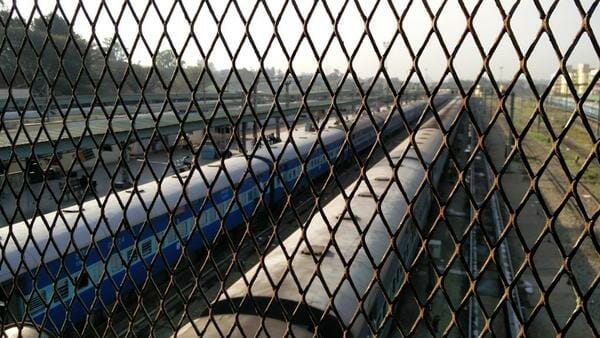 Bengaluru’s suburban railway got a one-line mention in Railway Minister Suresh Prabhu’s speech on Railway Budget 2016-17. “Bengaluru, the technology hub of the country, warrants a comprehensive suburban system. We will partner with State Government in this endeavour,” he said while presenting railway budget, in the Loksabha on February 25, 2016.

Assurances on commuter railway are not new to Bangaloreans. The railway budget speech by Mamata Banerjee In 2010-11 mentions about partnering with the states for improving the suburban railway system. Chief Minister Siddaramaiah announced the formation of Bangalore Suburban Rail Corporation Limited in his budget speech for 2013.

The budget speech given by D V Sadananda Gowda in 2014 Railway Budget had also talked about boosting suburban railway.

“Bengaluru with bustling business activity attracts large commuters from surrounding rural  areas and towns necessitating better connectivity of Bengaluru City with its suburban areas and hinterland. Study to explore the possibility of enhancing the existing IR network of Bengaluru for meeting the above need will be taken up. In addition, to cater to the demand of Passenger Traffic in Bengaluru area, Byappanahalli will be developed as a coaching terminal,” said Gowda. He also promised many new routes and extra existing trains in existing routes that criss-cross Bengaluru.

Campaigns for Namma Railu from Bengaluru

This article and this article describe the journey of commuter railway in Bengaluru. The citizens and the government have been pushing for local trains in Bengaluru since 2010. Ahead of Railway Budget 2016-17, Bengalureans started campaigning for the suburban railways through social media, emails and meetings. Members of the group Bengaluru Suburban Train Passengers’ Association even started a hunger strike.

This Citizen Matters article helped citizens support the campaign and reach out to the Railway authorities through emails and social media. There were more than 100 emails that went to the railway ministry as a result of this campaign.

Finally the suburban cause got only one-line mention of the much-awaited consent from the Indian Railways to partner with the state government, which is exactly where the issue has been stuck for sometime now. What do the citizens who campaigned for the cause feel about the issue?

“Very disappointed to say the least. I had hoped that this year railway budget will show the intent for Bengaluru Suburban Rail Project by giving the necessary approval and the necessary budget allocation. Both are missing in the budget except for a mention of it, which is nothing new,” says Khader B Syed, an activist in Namma Railu team.

“This time around, many people had put in lot efforts in reaching out to the Union Ministers from Karnataka, Bengaluru development Ministers, Chief Minister and the Railway Minister to get some traction, but seems it didn’t had the desired impact,” Syed says. He adds that the Suburban Rail project has not yet achieved the prominence inside the government corridors, and there is a lot of opposition to Suburban Rail Project both inside and outside the government.

“Going forward, we need to double the advocacy efforts for creating more awareness among the public and need to look at the PIL option as well,” he feels.

“Clarity is required for Bengaluru suburban rail, on the percentage of investment and fund allocation,” says Sanjeev Dyamannavar, another activist from Namma Railu team.

“Quite disappointed that there’s only a cursory mention of ‘Bangalore Commuter Rail’ in the Rail budget,” says Muralidhar Rao, a member of Praja-RAAG group that has created Namma Railu team. “The importance of the scheme as the most cost-effective way of decongesting the city, by allowing the growth to spread to the townships around it, doesn’t appear to have dawned on the powers that be, either at the centre or even the state,” he adds.

“We urge the SWR, Railway Board, State and the Central Govt’s to iron out the details quickly and get the trains up and running in a phased and time bound manner,” says Elangovan Kulandaivelu, a Whitefield resident.

Anjali Saini, another resident of Whitefield and a Whitefield Rising activist, feels that the rail budget allocation for Bangalore was disappointing. “There is no firm execution plan that has been shared. The Government needs to show its intent by immediately utilising its share to implement the short term asks of Namma Railu/Praja to provide immediate relief to the commuting public,” she adds.

“The budget does not recognize the importance of the IT capital’s need for commuting efficiencies and under-estimates the loss to the State exchequer and the nation,” she says.

An alert consumer gets the better of an offer at a big store that was not intended to be!

Under the initiative of an NGO, Saahas, which works for effective waste mangaement of E waste, a new waste management centre ‘Kasa Rasa’ in koramangala has been set up.