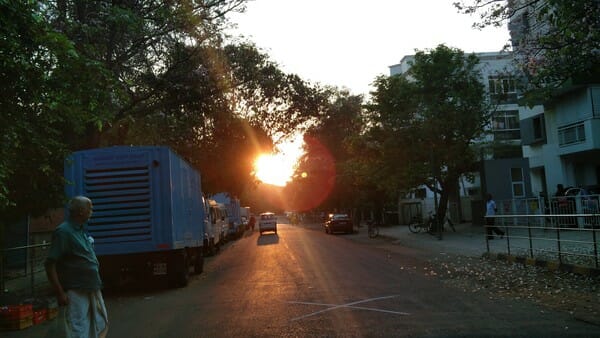 There is hope; be a part of the change, to improve your neighbourhood. Pic: Shree D N

BBMP elections were held in 2015. It’s been two years since then, and it feels like a long time ago. Perhaps you may have even forgotten who you voted for. It may also feel like your corporator has forgotten you. But the fact is, we still have three years to go for the next BBMP election, and the game is far from over – in fact it has only begun now!

BBMP is responsible for many of the things that affect your daily life – like filling potholes, repairing roads, ensuring streetlights are working, and more importantly, ensuring that the garbage from your home is cleared daily and is disposed of in the right manner. So, the citizens have no option but to engage with the system, to get things done in our neighbourhoods.

If you don’t know what a citizen can do next other than raving and ranting on social media or whatsapp groups, this is for you: You can ENGAGE with the corporator of your area and ward committees, and with BBMP officials, to get your problem solved.

Now is also the golden opportunity to do this, by officially becoming a part of the ward committee in your ward. The Karnataka High Court has recently asked the BBMP to come up with the list of ward committee members, and May 10th is the deadline. All corporators are to make a list of nominees and share it in the council, to ratify it and present it to the High Court.

According to rules, a ward committee should have the ward corporator as committee chairperson, while the members will be three women, three members from general category, two from SC/ST community and two representatives of any registered association in the ward. A ward committee can:

If you want to get into this committee, meet the corporator as soon as possible and express your interest in becoming a part of it. There is a chance that you will be included in it, if the committee has not already been formed. If you are a part of a resident welfare association and want to have an apolitical ward committee, you can prepare a list of names and suggest it to the corporator, so that the corporator gets a sense of what’s on people’s mind.

If you become a ward committee member, there are rules and regulations that govern this committee. The committee decides what works should be done in the ward. There are meetings to be held periodically. There are NGOs like ESG, CIVIC and CAF lobbying hard with the government and fighting PILs on the issue of ward committee. Reach out to them, know what can be done and proceed.

What if you can’t get into Ward Committee?

If you can’t become a ward committee member, that’s not the end of the story. You can still continue to do whatever little you can, in your own way. For example, paying taxes on time, making garbage segregation happen in your own homes and streets, keeping a tab on the things going on in your neighbourhood and understanding, questioning the things that you don’t understand, helping the administration, corporator or the ward committee to streamline something that is of importance – anything that matters to the neighbourhood is where you can engage yourself in.

Here are the various methods in which you can engage.

Accorrding to the 74th amendment that mandates ward committees, there should also be area sabhas, which are the hyperlocal units of self governance. Though we have not come that far to have area sabhas, there are local social media groups where people engage to solve issues. You can become a part of such groups which act as a check on the peoples’ representatives.

Finally, there will be conflicts and corruption everywhere, and there will be bad examples. But an informed, engaged citizenry is the major ingredient in the recipe for a successful democracy. So, get involved today, for a better tomorrow!

On January 30th, Hasiru Mithra teamed up with B.PAC and Syngene to make the footpaths on 27th Main road in HSR Layout pedestrian-friendly.

10 years of committed citizenry: Tracing the journey of the Citizens’ Action Forum

The Citizens’ Action Forum completed a decade this year. It has an impressive record of committed activism, working on issues that affect a large section of the people in the city. Take a look at all that the Forum has been doing for Bengaluru and where they stand now.

Time to work together…

There was a protest below Sarjapur Road flyover by the residents who live in the apartments next to the Outer Ring Road. And the outcome was positive. A citizen photographer captures the spirit in a video.