Air pollution has always been a mainstream concern with an underwhelming response towards remediating the situation. More recently, the interest has been re-ignited in India with several Indian cities having the highest levels of air pollution in the world.

In addition, a report estimates over 650,000 deaths in India in 2015 due to outdoor (ambient) air pollution alone, and an even higher number due to indoor air pollution (1.2 million). These are only mortality estimates, and the impact on morbidity is a lot more widespread.

News articles on air pollution and its impacts in Bengaluru are usually based on studies or reports from research institutes on the situation of poor air quality and worsening trend. Some recent papers on this subject have been from Tel Aviv University and TERI. The former demonstrated that Bangalore has one of the fastest rates of growth of air pollution in the world during the previous decade, whereas the latter indicated areas which are more polluted within Bengaluru, among other things.

Bengaluru has a large vehicular population of over 40 lakh. Of these 70% are two-wheelers, cars make up 15%, autos account for 4% and larger vehicles account for 8% (3). The growth rate of vehicle population is approximately 14% (4). Besides vehicles, there are several other contributors towards air pollution, including construction activities, industrial and business activities and road dust.

A paper by Puttanna and Ravi is a very useful one giving an overview of the processes and systems in place to manage air pollution in Bangalore. The report highlights various inadequacies in the system to tackle the complex problem of air pollution (4). Two other doctoral studies have also been conducted on the theme of pollution control and environmental health burden of air pollution. One is by Dr Ravi DR (7) and another by Dr Manasi S (8).

While there is no management system in place, there are various components that can come together to form a management system. The system that was proposed in a report has been reproduced in the appendix. The municipal corporation, Bangalore Development Authority, transport corporations, food department, KSPCB, the task forces and vehicle users have important roles to play to address various dimensions of the air pollution problem. In addition, the air quality standards set the benchmark for action. Effectively, KSPCB is the most important agency in the context of a monitoring system. It had already been indicated in a 2004 report that the KSPCB “wrongly” believes that the sole responsibility for transport related pollution is the Transport Department, and similarly for burning of wastes etc – not taking a proactive stance on these matters (4). This stance they continue to maintain based on quotes in recent news articles.

The Bangalore Traffic Police were also found to not have adequate power to charge polluters on the spot. This is also an additional responsibility on them to check pollution, making the implementation inefficient (4). While a Vehicular Air Pollution Management initiative was started by the Transport Secretariat, it has not taken into account the need for reducing the number of vehicles. The Department of Food, Civil Supplies and Consumer Affairs also looks into the issue of fuel adulteration which leads to increased pollution.

Several issues and gaps were identified in the current capacity and activities of the responsible departments. For instance, poor leadership, inadequate personnel capacity, inappropriate work culture, gaps in monitoring, and not conducting research/models, among other things (4).

Efforts have been made in the past understand, raise awareness and act on air pollution. As early as 2001, the Karnataka State High Court sought for opinion of the people of Bangalore on the issue of air pollution. It has already been established that air pollution and traffic congestion, which are interrelated problems, are two key concerns for Bangalore’s population (4). The Ecology and Environment Secretariat was also given the coordination responsibility on environmental matters, but proved unsuccessful (4).

There was a Bengaluru Task Force on Air Pollution Mitigation, but it is unclear what the status of this initiative is. One report discussed the need for Karnataka State Pollution Control Board to actively engage with this issue to put into place systems of air quality management. It also highlighted the fact that KSPCB has monitored without adequate quality assurance, and also the data has not been catalogued in an easily retrievable way. The shift to use of LPG among autorickshaws from the late 1990s was also discussed as a good step towards reduction in air pollution. Though a suggestion for banning the registration of two-stroke two wheelers was made by the KSPCB, it was not accepted by the Transport Department (4).

Some earlier efforts by KSPCB such as awareness raising among student populations were reported as tokenistic, without discussing the crux of the issues (4). There has been inadequate focus on an automobile policy to regulate the increase in the number of vehicles. The improvement of the local bus fleet has taken place periodically, but inadequately (4). The metro rail project, which is supposed to reduce congestion and air pollution has developed much slower than expected. But this may provide one avenue for relatively less polluting mass transit to a section of the population. The need for a bus rapid transport system is also being discussed (5).

A city level multi-stakeholder workshop was also held in 2008. It was co-organised by the KSPCB and Cerana Foundation (an NGO  from Hyderabad), and they were successful in bringing together many relevant stakeholders to this meeting including health institutions such as the Public Health Foundation of India, Bruhat Bangalore Mahanagar Palike, Bangalore Medical College and Research Institute, St John’s Medical College, Society for Community Health Awareness Research and Action, Voluntary Health Association of India, Indian Association of Pediatrics, and Indian Association of Occupational Health (6). The objective of the workshop was: What more needs to be done to win the war against air pollution related health risks in Bangalore?

Knowledge was shared on air pollution in Bangalore, health impacts of air pollution, and potential approaches to address it.  Participating individuals and institutions were then expected to create an action plan together, each taking responsibility of some aspects. An ad-hoc citizens committee was set up to decide on action plan to take outcomes of workshop forward. It is unclear whether this initiative progressed in any way.

Delegates from the KSPCB informed that they plan to install new monitoring stations and dedicated stations for PM 2.5. Various causes of air pollution, and the role of doctors and public health professionals in creating awareness and in advocating for better systems (especially in the school health context) were discussed.

Some steps that had been taken included imposition of PUC certification, promoting LPG fuelled vehicles, easing congestion, constitution of a task force, and conducting public awareness campaign. But the report suggested inadequate consideration for the scale and urgency of the problem, lack of capacity and resources, and also a sense of resignation.

Some other suggestions given included: removal of older vehicles, emission testing for all vehicles, promotion of CNG, further support to public transport, developing comprehensive inventories for transport related air pollution sources, asphalting of roads and removal of construction debris, encouraging carpooling, and reducing idling time. More importantly, it was suggested that a core group on air pollution is formed with adequate resources and power to achieve related objectives.

Based on conversations with some of the participants, these group activities were not taken up, at least not in a systematic and coordinated way. The interviewed participants reported no follow up.

TERI did release a report in 2010 titled “Air quality assessment, emission inventory and source apportionment study for Bangalore city”. This study was funded by petroleum industries and the CPCB (2). The objective was to identify key sources of pollution so that targeted interventions can then be possible. Monitoring data from roads, industrial locations and residential areas was used. The conclusion was that the city centre had high levels of all types of air pollutants, and this situation was precarious as large hospitals were also located in these areas besides large resident and working populations. In several locations, ground level ozone and carbon monoxide was also recorded. The study sites included should be considered as representative of the situation in all areas in Bangalore – and therefore the at-risk population is very large.

Characterisation of particulate matter shows the presence of carbon, calcium, sodium and potassium. Many other markers of air pollution have been listed [such as coronene, and hopane], but it is not clear what they are markers of.

The maximum pollution levels based on the modelling exercises were in Central hub, and Peenya industrial area. Fuel substitutions – cleaner fuels, ethanol, electric vehicles, and CNG etc will not significantly reduce pollution. However, impacts vary a bit for NOx and PM as per the fuel substitution. Not allowing new industries to open inside city, and shift of fuels within industries leads to siginificant reduction in both PM and NOx. Large reductions in PM are expected if construction practices are improved – loading/unloading, water spraying etc.

Based on all future scenarios tested, one only which showed overall reduction in air pollution has been quoted here. Reforms are needed for various sectors, which are listed here:

The top 5 approaches to reducing PM10 are:

A detailed action plan with more options is also given for each sector. Beyond the 5 sectors mentioned above, these points were also included:

Tracking of air pollution related information, concerns and interventions in the local media

News items reporting and discussing various dimensions of the air pollution problem were identified through the search exercise. Many of these articles were based on findings of research studies, and have been published from 2010 onwards. They raise questions of whether should continue to be called “Garden City” or “Air-conditioned City”. Some of the key issues highlighted were as follows:

Do attend the workshop if you want to know more about air pollution. 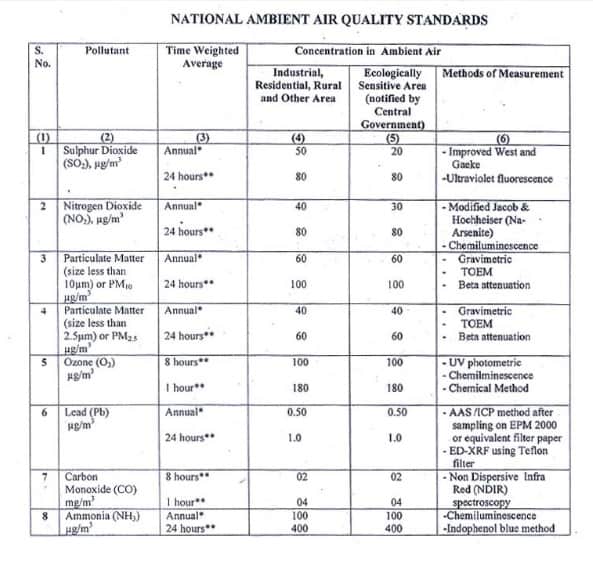 BBMP notice to commercial units in residential areas: a primer

Why did BBMP issue notices to commercial establishments? How is it related to master plan? Many such queries answered.

Egg Tempera paintings from the early renaissance period and art quilting were on display at a city gallery.

Preliminary estimates indicate that over three million (30 lakh) citizens went out to vote on a hot Sunday yesterday. Catchup with the unusual and the usual in this report.