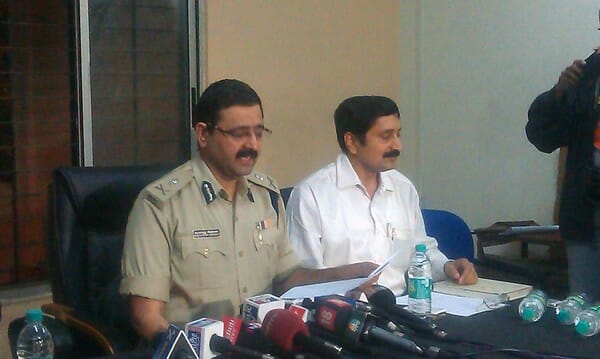 “This guy arrested today for the horrific [alleged] rape of the six year old has taught hundreds of kids in this area according to the word around these parts. He used to come to our apartment and teach kids two days a week or so!” wrote Whitefield area resident and civic activist Sanjay Vijayaraghavan on Facebook on Sunday night.

Shobha Belakerappa, an IT professional, had similar emotions: “My son was being coached by the same instructor as part of regular SPA activity, as well as summer camp within the school. He used to be part of the PTMs as well, so we have met him for last three years.”

“We didn’t sense anything abnormal with him, but can’t be sure. I even checked with my son and he tells that the sir was very strict during skating. He is not able to share anything else at the moment,” she adds.

Was he a good coach? “My son felt he was good… we met him on a few PTMs and he seemed okay,” Shobha says.

Most of the parents were shocked to hear the name of the arrested, in case of alleged rape in Vibgyor school. Mustafa, the Vibgyor skating instructor who was arrested, is known to have taught skating to hundreds of children in many apartments in Whitefield.

As the news of the arrest spread, Whitefield community groups were flooded with messages. The outrage against the arrested was quite visible, while some of them questioned the role of the school in checking the background of the accused before hiring.

Mustafa is married, and has a child. His wife is six-months pregnant. Though he hails originally from Darbhanga, Bihar, he has been living in Varthur of Bengaluru for the past 20 years, completed his education in Whitefield and other parts of the city. He has a degree in Physical Education and has been working in Vibgyor school since 2011.

Police arrested Mustafa alias Munna, working as an assistant skating instructor at the school, late on Sunday evening.Auradkar said that Mustafa’s laptop contained pornographic videos downloaded from internet. All videos had school children in uniforms being sexually abused. Auradkar said it was “incriminating evidence against his mindset.”

Auradkar added that there were other complaints on Mustafa, from other schools. Mustafa was sacked from another school, when the school received verbal complaints from the parents, said Auradkar, adding that this needs to be verified.

However, he couldn’t confirm whether previously the school had received any complaints against the arrested. He said, “We heard parents saying that. The investigation is on.” The child, he said, had identified seven staff members, out of which one is arrested.

Auradkar said Mustafa drew a salary of 18,000 rupees per month, still owned two-three laptops and smart phone. He said his source of income would be investigated.

Police have seized the mobile and laptops of Mustafa and said that he would be produced in the court on Monday taken back to police custody for further investigation.

Auradkar congratulated senior police officers who worked on the case. The case has been booked under IPC Section 376 and section 4,6 of Protection Of Children from Sexual Offence Act.

Auradkar couldn’t confirm whether he belonged to an outsourced sports agency or was a permanent staff, he said the information can only be sought once the school reopens, as it was Sunday.

Commissioner could not confirm whether the school had been recruiting staff with or without background check. Auradkar refused to disclose any other names of the people involved in this, citing the ongoing investigation. But he hinted that there could be more arrests if there is concrete evidence.

When Citizen Matters asked Joint commissioner of Law and Order East K V Sharat Chandra  about the time take to make this arrest, he said: “There were 33 male staff to be enquired, it took time. Also the clerical (non-teaching staff) were on off due to protests.”

Name of the arrested was known already

Mustafa’s name floated as the accused, much before the arrest. Many members on facebook spread the word that the main accused was an ex-employee of another school in the area – Deens Academy, and was sacked.

An email reportedly sent in 2011 from Deens Academy principal Shanti Menon, being circulated among online groups, says: “We wish to inform you that Mr Mustafa, Physical Education instructor, ceases to be an employee of The Deens Academy with immediate effect. His services have been terminated on account of gross misconduct.”

However no one seemed to be clear about what the misconduct was. There seems to be no police complaint from Deens Academy on this. Citizen Matters could not verify the authenticity of the mail and the actions taken by Deens Academy. Deens Academy was unreachable for comments as their phone lines were not picked.

Social media contributed its share of information and misinformation in the melee. Many said that DNA test was the basis of the arrest, while in truth, according to police, there was no evidence collected through rape kit, because of the gap between the incident and the complaint.

There were others who said police had a CCTV footage which showed the arrested dragging the child into the room and the child coming back crying. However none of these have been confirmed by the police, and are in contrast to the earlier versions of the story where the child was allegedly raped in a darkroom and was later attended by a maid.

Bharatiya Janata Party has organised protests demanding womens’ security, in various parts of the city. The student wing of BJP,  Akhila Bharata Vidyarthi Parishad, protested this morning in front of Vibgyor school, and police resorted to lathi charge to disperse them. BJP has raised the issue of rapes in the city in the ongoing session too.

Although the CSR activities of Infosys and AOL might vary in terms of the magnitude of initiatives and the amount of funds raised, there are few common threads that connect all the perspectives of CSR with each other; the dedication to serve society being the most important of them.

Two minutes from Ejipura signal to ORR? Not yet..

A 3-km road from Ejipura signal to Agara would drastically reduce traffic jams in Koramangala. But this project has been delayed for years because the state government blundered in acquiring land from the Defence Ministry

Congress wins Karnataka, but no hard grip on Bengaluru

People do not want a coalition government that leads to resort politics and horsetrading. Anti-incumbency has catapulted the Congress party to power, but it is not an approval of the corruption in the party.