Having always been a self-proclaimed ‘dog person,’ Osha Shetty works hard every day to improve the lives of these innocent creatures she loves so dearly. This 30-year-old is currently the Centre Manager at the CUPA Second Chance Adoption Centre, Silk Board Junction.

CUPA (Compassion Unlimited Plus Action) rescues thousands of abandoned, ill-treated and sick street animals in Bengaluru and provides them with the care they need until they may be re-homed. Osha’s love extends to other animals too, and she was one of the people behind The Cat Studio, New Tippasandra.

Osha has always had dogs and other pets in and out of her house. During her childhood, her family used to take in several dogs from the streets, instilling the spirit of rescue and a fondness for dogs in her. Once she graduated her college, she spent a few years working at a dog shelter in Mumbai, where she was living at the time. 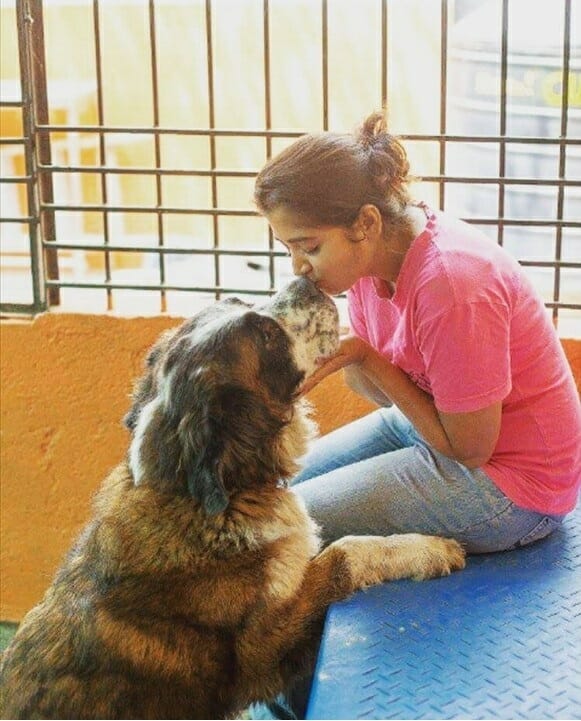 In May 2015, however, she relocated to Bengaluru, where she applied for a secretarial position, thinking her days working with needy animals were over. At the time, CUPA was looking for a Centre Manager for their newly-opened Adoption Centre. They happened to hear of Osha’s experience in the field and history with dogs and cats, and offered her the position, which she was only too happy to accept.

If you ever need to get in touch with Osha, it proves to be quite difficult, as she is an extremely busy person. Her life consists of the equivalent of three full-time jobs, and she is constantly getting calls regarding various animals. You can almost always find her at the Centre, except for when she is away on vet runs and other errands for the dogs.

Every morning, Osha first visits The Cat Studio to feed the feline fluff-balls there. After spending some time with the purring cats, she makes her way down to the CUPA Centre by half past ten, and first feeds the hungry dogs. The medicine for each of the dogs must also be carefully measured and individually given out to each of them, as their medical needs are all so varied. 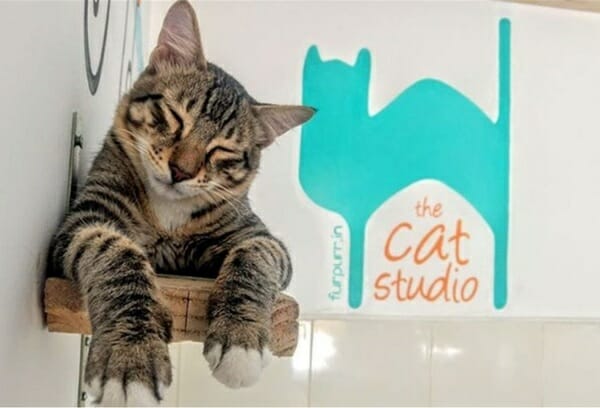 Osha enjoys working with the dogs directly, with her colleague Sunny, what also takes care of the administration and paperwork at the Centre. Together, they make decisions for the dogs, always keeping their best interests in mind. Osha is in charge of tasks such as finding the dogs a home, coordinating veterinary visits, and changing their medication.

The shelter encounters small crises all the time, when something or the other crops up and has to be dealt with, no matter what else is going on. Each day is vastly different, but when problems arise, they come together. “When it rains, it pours,” said Osha, as she narrated an example of a day when she was preoccupied with two dogs going in for surgery, when they suddenly realised that the cooking gas at the shelter was over, and they were unable to cook food for the dogs that day. In situations like this, she said, they always have backup options, such as packs of Pedigree dog food, but sometimes they have to think on the spot. 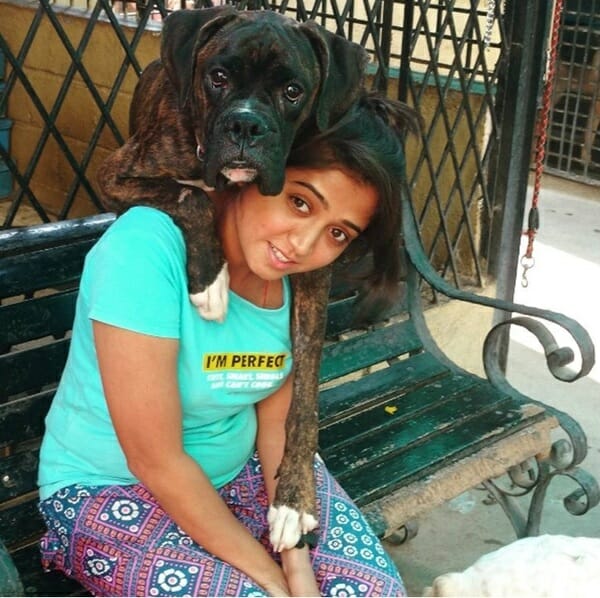 Osha says working closely with animals in need is extremely rewarding. Dogs with aggression issues, including food aggression, can sometimes take months of conditional training to finally form a bond with their trainer, often Osha herself, and gain the trust to be assured that the Centre is a safe space. When these behaviourally challenged dogs learn to come out of their shell, they tend to emerge as very sweet, playful and lovable dogs, which is truly gratifying to see.

Another high point is when difficult dogs with special needs find good homes with loving families through her hard work. For Osha, the icing on the cake would have to be when an extremely ill dog manages to make an almost miraculous recovery, even when it seems nothing can be done. 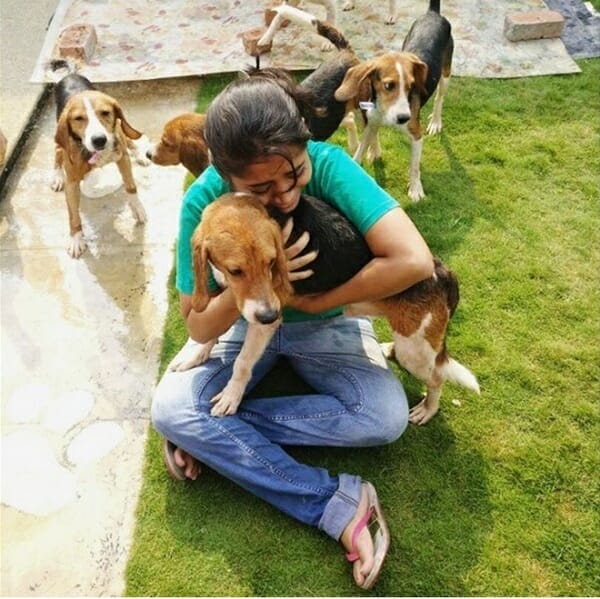 Each day comes with its own trials – and sometimes those can seem almost too much to bear. Sometimes, even with the utmost care taken, they are left with no choice but to put down a dog. CUPA is extremely careful with their decisions, taking the time to gain a second opinion and making sure that none of the animals have to suffer. “Sometimes, after a prolonged illness, you have no choice but to say goodbye after taking care of them for so long,” as Osha said. The most challenging part of it is having to carry on as though nothing has changed. Osha is closely aware of the importance of her duties. “There is no time to grieve, you have to return to the shelter and continue as usual because the other dogs need you,” she said.

Osha says a common misconception is that people like her working with dogs and other animals are so lucky, as their daily jobs are so entertaining. Unfortunately, this is only true to some extent. “It really takes a part of your soul when you do your best to take care of the dogs, but people so often ruin it,” she pointed out. So often, people break their commitments and promises that they will take good care of the dogs, while at the same time the toxic cycle of breeding and buying continues, despite there being countless pedigree dogs up for adoption. Though these practices contribute hugely to the cruelty the dogs face, Osha admitted, “We can’t really control what happens though, all we can do is try not to be a part of it.” 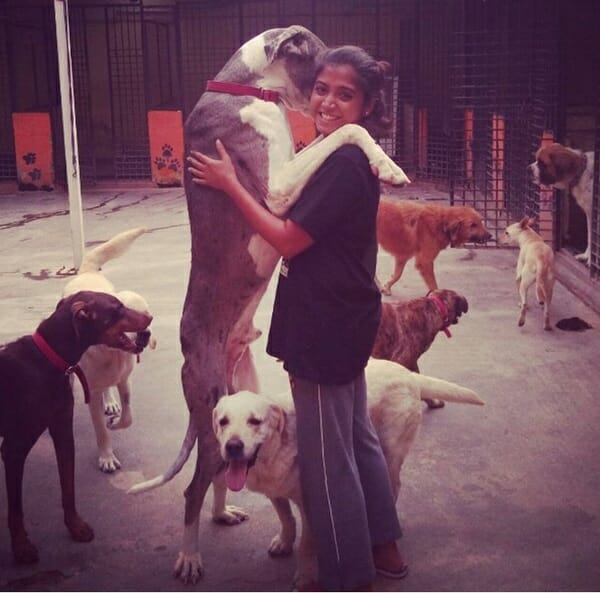 Her duties at CUPA take up most of her time, but Osha leaves at about 5 in the evening to return to her own pets at home. She currently has three cats and two dogs, one of whom she is fostering until a home can be found for him.

At the end of the day, the Centre is a happy, friendly place where the love and affection of the dogs is boundless. While there are both good days and bad days, and sometimes, Osha confesses, “it takes the juice out of you,” most days are good days. She has formed bonds and connections with the dogs and learnt so many new things over her years of working with them, and her compassion is a quality that must be shared by all.

Note: As CUPA has a strict no photography policy, pictures have been taken from Osha Shetty’s social media pages.

Don’t buy a pedigree pet…Adoption is an option
Adoption, not the last option anymore
Animal rescue centres in Bangalore
Where to bury dead pets or animals in Bengaluru?
Transporting pets by air within India: Anand Sankar’s experience

About Sanaya Katrak 2 Articles
The author has not yet added any personal or biographical info to her or his author profile.

How have we become a violent society?

Why are we not connected with our neighbours? Why are we failing to reach out to our own kith and kin? Where have the moral lessons in schools disappeared?

One-stop street for the shopaholic in you

Deepti Sarma takes you to the nooks and crannies of Commercial Street, exploring the variety of goods the shopping arcade has to offer.

The present is real, the future unknown: a story of a garment worker

Bengaluru saw a sudden eruption of protest by garment workers on Monday and Tuesday opposing the Central government’s new PF policy. One woman garment worker’s story gives us a glimpse into their lives.