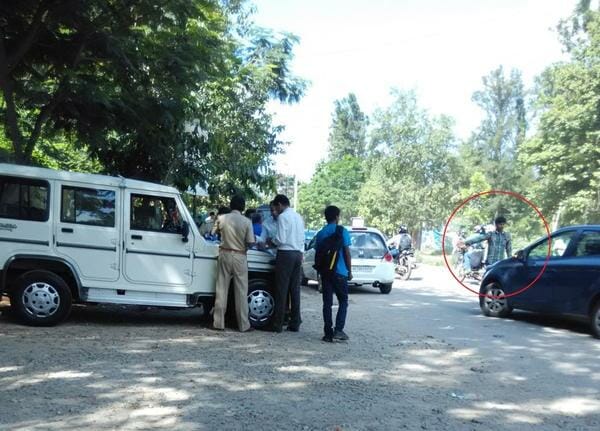 Then something happened. Some of my friends pointed out to me that the RTO, Karnataka was clamping down upon out-of-state cars. They said that the RTO was even employing touts to stop cars. These touts were jumping in front of cars to stop them. I laughed in their face. It was impossible. Not only is it an outlandish notion that government will employ the services of a private party for collections, it is actually perverse to assume that government would put people’s lives in danger.

My faith in you was restored when you issued a statement that touts were not employed by the RTO. I scanned the news article and emailed it to all my friends. I even put it up on my Facebook wall. None of my friends responded. In their silence was the ultimate vindication of my stand – that governments work for the people, that no government puts people’s lives in danger, that people decide what governments do, and not the other way round.

This morning my inbox was flooded. I never had these many unread mails, not even when I got married and people sent in their congratulations. My Facebook wall was full of posts. I am not a popular sort of person. So to me, that was strange. What was even stranger was that each email and each Facebook post talked of only one thing – the news story that not just refuted your statement of employing touts, it shred it to bits. The news story carried a picture, of a gentleman in plain clothes, directing cars to RTO officers who were parked safely on the side of the road.

Someone whose taxes pay your salary.

About Waseem Memon 3 Articles
The author has not yet added any personal or biographical info to her or his author profile.

We analyse COVID death rate data from BBMP bulletins. Even accounting for the back-counting of cases, the results are far from comforting.

Putting up a great show

In the second and last part, some tips to avoid messes – after the maintenance is taken over by the RWAs.