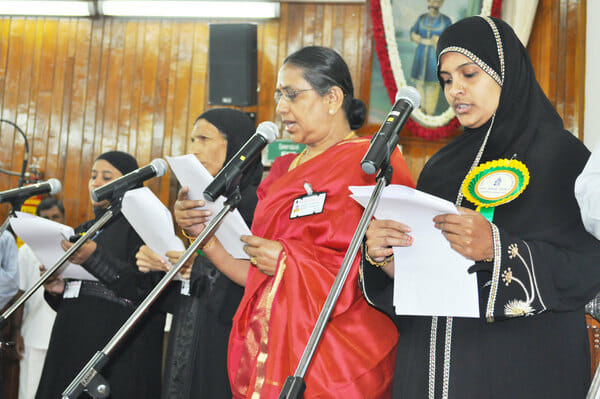 You breezed in and out of Bengaluru warning the Chief Minister and City Ministers of serious action in case Indian National Congress (INC) loses the BBMP Elections. Good to know that you are talking tough and telling the Ministers who are from Bengaluru City to win or get ready to be axed. There is no doubt whatsoever, that if all the INC MLAs and Ministers from Bengaluru work in the interest of the party, INC will get an absolute majority in BBMP Elections.

But at what cost, remains the mother of all questions! With unnecessary and uncalled for delays in the BBMP Election process, INC lost its initial advantage to a great extent. And the method in which the candidates are selected, raises very serious questions on the intent and motive.

Kavitha Reddy, an active Congress party worker, wrote this letter recently. She says the situation is the same across all parties, but she dared to speak it aloud.

Other examples of related situations:

Inspired by the growing anger among the people demanding better candidates from political parties, I decided to contest BBMP Elections. As per the process, I submitted my application and a detailed two page profile to Karnataka Pradesh Congress Committee (KPCC). A look at my application and profile will only suggest that there cannot be a better candidate than me to contest the BBMP Elections on an INC ticket.

Clean, credible and committed, with a good understanding of civic administration, vast experience in senior management roles, and a spirited political and environmental activist, I was convinced that party will see greater merits in my application.

I was indeed very impressed when the observers came to meet all the aspirants individually, but that did not last long. The sham of selection stood thoroughly exposed. As observers started calling the names of the women aspirants, the men proudly walked and took the seat, leaving me wondering where the women were. So the women were just the proxy for the real candidates, ‘the men’.

This story is neither strange nor shocking, because this is how genuine women leaders are kept out of the political process. You keep talking and giving big speeches about womens empowerment and bringing women into mainstream politics, but the reality is that not a single woman is given a ticket on her own credentials.

The selection process violated every single selection criteria. The women who were given tickets are neither party workers, nor active members of the party. So stop this farce called ‘selection process’, and directly ask the male leaders to nominate their female relatives, give them tickets and get over with it.

What is more appalling is that even with 50% reservation, INC has not given tickets to independent women candidates/aspirants. INC leaders choose female relatives of male leaders who will act as proxy for them, keeping civic administration within the family, to fill the 50% seats.

I agree that it’s a common practice across political parties. If you want to follow the same practise, then INC, you should not speak about ‘Women’s Empowerment’ anymore. And, if you really want to bring in change, then promote women leaders, recognise them for ‘who they are’,  not for ‘who they are related to’.

By giving tickets to incompetent, unqualified proxies who are not even party members, not only are you insulting women members of the party who dared to venture into the male bastion, but also making a mockery of the democratic process, and disrespecting the voters who have little choice, but to vote for a man behind a woman.

More than being disgruntled, I am disgusted with the approach to ‘fill’ the 50% seats reserved for women with men. People like me relate to the INC ideology, but with repeated grave mistakes and unwillingness to make course correction, connect to ideology will fade away sooner or later.

– A party worker who dared to speak the truth

One day at a time: How alcoholics and their families can find hope in Bengaluru

Members of Alcoholics Anonymous and the family-focused Al-Anon discuss living with alcoholism. While they call it an ‘incurable disease’, there certainly is light at the end of the tunnel.

After laying drainage pipes, the civic agency forgets to fix the road, making it a dangerous stretch.

The half-done Ejipura-Kendriya Sadan flyover can be left to rest. Let the trees run wild – maybe we will have our very own AngKor Wat within the city.