Indira Canteens in Bengaluru are still struggling to iron out the initial problems. In the canteen in Horamavu (ward 25), for instance, only 181 people were served lunch on day 3, despite BBMP’s target of serving 300 lunches per day. While lunch time is 12.30 pm-2.30 pm, here the service started at 1 pm, and ended by 2 pm, as there was no food left. Those who arrived later had to leave disappointed.

There were other issues too. The breakfast menu comprises two items, of which one is idli everyday. Public can select either idli or the other option. But idli had never been served in this canteen for three days. Construction of the canteen is not complete either; for now, customers have to use the tables outside rather than inside the canteen. However, the heavily subsidised meals have many takers already.

What are Indira canteens?

In 2016, a group of people in Bengaluru took up a project, named Bengaluru Meals, on the lines of Operation Sulaimani done in Kozhikode, Kerala. Operation Sulaimani, the Kerala model had coupons, which were available at designated places, and could be availed by needy hungry people. The coupons would fetch people food in all private restaurants that signed up for the project.

The programme is supported by the district administration, but funded privately through donations. The project inspired many others to follow the same model. As a result a project called ‘Annam Punyam’ got initiated in other areas in Kerala.

The Bengaluru model wanted to imitate the same model, and a network of people and hotels was formed. An NGO took charge of collecting donations and looking after finances. The project is on in a few parts of the city.

The Government of Karnataka had taken note of this programme. There were also other models of providing food with dignity, like the Amma canteens in Tamil Nadu. Indira canteens were formally announced by Chief Minister Siddaramaiah during the state budget on March 15th, 2017, setting aside Rs 100 crore. The plan was to set up one canteen each in the 198 BBMP wards, where hungry people can eat spending very little money.

What is the model of Indira canteens?

On August 16th, 101 of the canteens were inaugurated. The remaining 97 are expected to open on October 2nd. A BBMP official involved with the project says, on condition of anonymity, that construction of canteens had got delayed because of issues related to land as well as transportation of building materials. The canteens are built using precast structures.

The system operates on a hub-and-spoke model. Each assembly constituency will have a kitchen where food will be prepared, and then transported to all the canteens within that constituency. Tenders are given to caterers per constituency. Of the 27 constituencies, 15 tenders were awarded to Cheftalk Food & Hospitality Services Pvt Ltd, and the remaining 12 to the NGO Rewards.

Currently, only one out of the 27 kitchens have been fully set up, says the BBMP official. “The kitchen in Old Airport Road is functioning. Additionally, the caterers are operating from seven locations of their own, temporarily.” He says that idlis are not being served currently since transporting them from far-away kitchens causes them to turn cold.

What is the operational cost per month?

In addition to these one-time costs, the project’s operational cost would be Rs 10 crore per month. “State government has already assured us that this amount will be disbursed,” says Manoj Rajan, BBMP Special Commissioner, who is in charge of the project.

The design of the canteen was done keeping in mind 500 beneficiaries per meal, says the BBMP official who spoke anonymously. “We had been expecting only 300 people per meal though. But the number has been higher. On the first two days itself, two lakh people have had food. So now we think there would be some 400 beneficiaries per meal,” he says. Also, “sometimes inexperienced canteen staff serve more than the prescribed amount of food, causing food to run out,” he says.

Over the next two weeks, BBMP plans to monitor the food requirement of canteens. “After understanding the requirement in each area, we will decide on the number of meals. Then the tokens may be given on first-come-first-serve basis; it will be decided then,” says the official.

Currently the canteens work on a coupon system. Customers are not given bills, but have to stand in queue to get a token. The number of tokens per meal are noted down by the canteen staff and handed over to BBMP for monthly reimbursement.

There have been questions on how caterers can be held accountable on the veracity of meal numbers. The BBMP official says that ticker boards, similar to those in banks, are being set up for this. “We decided that a social audit would be sufficient to check this. Suppose there are 400 tokens overall, the ticker board will start the count from 400, and then go down as people start taking tokens. Ticker boards, costing Rs 7,000-8,000 each, will be set up in canteens within the next two weeks,” he says.

Thus people visiting the canteens can observe the tickers and ascertain the numbers. The food cannot be taken in parcels, it needs to be eaten in the canteen itself.

Though caterers are fully responsible for preparing, transporting, serving the food, and maintaining the kitchens and canteens, BBMP officials have a supervisory role. As per a BBMP order, MOH (Medical Officer Health) at each constituency is nodal officer for the kitchen in that constituency.

“Kitchens are equipped with a digital weighing scale and CCTV camera. Before the meal is dispatched to canteens, the pre-decided quantity of food will be weighed in the kitchens in the presence of the MOH or an officer delegated by him,” says Rajan. The officer should then update the data on food quantities in the Indira Canteen mobile app.

Health Inspectors, who work under MOH, are nodal officers for the canteens in their respective wards. They will be present in canteens during meal hours and take stock of the number of tokens issued. Overall, nodal officers are responsible for ensuring cleanliness and quality of food through periodic inspections, resolving complaints etc. In addition to kitchens, the canteens will have CCTV cameras too.

Audit by a third party is also mentioned in BBMP’s tender documents, but such an agency has not been identified so far, says the BBMP official.

BBMP has not yet published a full list of all canteens. But its Indira Canteen mobile app allows you to see the five canteens nearest to you, along with their addresses and locations on Google Maps. The app can be downloaded from Google Play Store. With both English and Kannada language options, it shows the menu for each day, and also allows you to give feedback. 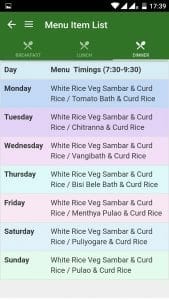 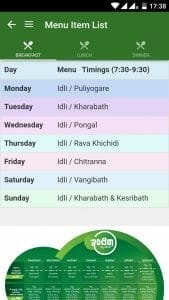 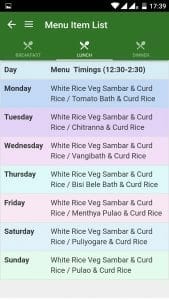 Rajan says the public already knows about the canteens due to media publicity. “We have also published advertisements in newspapers, and jingles on radio multiple times to publicise the canteens,” he says. On whether the canteens will be used by the intended beneficiaries themselves – mainly the urban poor – Rajan says, “the canteens were meant for anyone who is hungry, as the Chief Minister said, and not just the urban poor.” Crowds at the canteens also indicate that while lower income groups are the biggest beneficiaries, others are coming in too.

Indira Canteen app also allows BBMP Joint Commissioners (JCs) to increase or decrease the number of meals, based on requirement. Such requests have to be approved by the BBMP Commissioner. “JC will also have to mention the reason for this – for example, that there is a bus stop near the canteen,” says Rajan.

Errata: Edited to correct a reference to Bengaluru Meals.

Bengaluru is once again toying with the idea of introducing pod taxis. But it is at best a fast mode of personal rapid transit, with limited and low carrying capacity. Neither will it provide last mile connectivity. Do we have better alternatives? Ashish Verma explains.

Google to help city manage traffic smoothly, railways to be elevated. These, and more news from Bengaluru, for the week.