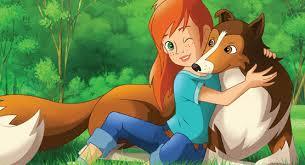 Chintu TV is perhaps the only television channel that has been broadcasting dubbed content in Kannada. Pic courtesy: Chintu TV.

When the fair-trade regulator Competition Commision of India (CCI) imposed penalties on three cinema and television organisations for preventing dubbing in Karnataka recently, the pro-dubbing fraction heaved a sigh of relief. The CCI order has been debated following the very long dubbing battle between anti-dubbing and pro-dubbing lobbies and organisations.

Kannada Grahakara Koota, a consumer forum which has been fighting in favour of dubbing, viewed the judgment as remarkable. They tend to believe that Kannadigas can now be able to watch movies and television programmes of other languages, in Kannada.

In contrary, the anti-dubbing groups have taken an exception to the order and have called for Kannada film industry bundh on August 26th opposing dubbing. They have also expressed their plan to question the CCI order with the appellate authority and also moving the Supreme Court, if the need arises.

Why are both the fractions up in arms against each other on dubbing issue? Why has dubbing been a major controversy in Karnataka? Why and how did it all start? Citizen Matters tried to explore various facets of dubbing, in the wake of CCI judgment.

Fight on dubbing – What is it?

Dubbing fight in Karnataka has been mainly between two sets of organisations, both claiming to be working for the welfare of Kannadigas.

Dubbing controversy is not new to Kannada film industry. It dates back to 1960, when attempts were made to dub two Telugu movies ‘Maya Bazar’ and ‘Patala Bhairavi’ in Kannada. In fact, several movies were dubbed from other languages to Kannada in 1950’s which made the Kannada film fraternity sense a threat on the industry’s survival.

Then the Kannada film fraternity which was in its nascent stages, came into a mutual consensus with other industries, to stop dubbing of movies in Karnataka. This unofficial ban went unquestioned till 2006.

Gradually, a group of audience began questioning the rationale behind the blanket ban. A blog was created by young professionals to discuss on dubbing. They questioned why dubbing has been treated as blasphemy in Kannada when it was allowed in other languages. They strongly felt that ban on dubbing has prevented Kannada audience, especially children, from getting exposure to knowledge-based channels like Discovery and Nat-Geo.

Even as discussions continued, dubbing drew spotlight in 2011, when the office of an entertainment channel, Zee Kannada was ransacked for trying to air a dubbed programme. In 2012, attempts to air dubbed version of Aamir Khan’s Satyameva Jayathe in Asianet Suvarna too were prevented, allegedly by the trade bodies affiliated to Kannada Television.

In the same year, Kannada Grahakara Koota filed a case against dubbing ban with the Competition Commission of India, New Delhi. The case was filed by Koota President Ganesh Chetan. The forum complained about how dubbing ban in Kannada is hampering the freedom of choice of end consumers from watching the best content from around the world in Kannada.

The CCI initiated an inquiry into the matter through the Directorate General. Based on the inquiry report, the Commission recently gave its verdict on the dubbing case.

The CCI, in its order, has directed the KFCC, KTVA and KFPA to “cease and desist” from unfair trade practices. It also imposed a total penalty of Rs 20 lakh on three organisations for indulging in anti-competitive practices.

Some of the observations made by CCI based on DG’s report are:

With these observations, CCI considered the three organisations guilty of indulging in the practise of obstructing dubbing in Karnataka.

Why the contrasting views?

Both the parties, that are fighting for and against dubbing, have their own arguments to put forth. Even after the CCI order, the group that opposes dubbing, continues to oppose it. While the FCCI has remained mute over the matter, film producer and Dr Rajkumar Fans’ Association President Sa Ra Govindu has said that Kannada Okkoota will appeal against the CCI order in the appellate authority.

On the other hand, soon after the CCI order, film producer Krishnegowda has registered a 13-member body called Karnataka Dubbing Chalanachitra Chamber of Commerce under the Societies Act, to handle dubbed cinemas in Kannada.

Discussion about dubbing has mainly revolved around two aspects. Those favouring dubbing highlight the need for people’s access to other language visual entertainment that they do not understand in the original language. The other section who oppose dubbing point out at the impact of dubbing on economy of Kannada film and TV industry and on Kannada language and culture.

Speaking to Citizen Matters, Sa Ra Govindu who has been quite vocal in criticising CCI’s order, says that the CCI should have done a study of the economy and market of Kannada film industry before arriving at a conclusion.

“Kannada industry is different from its counterparts. It is a small industry and can be destroyed by big budget other language movies. Allowing dubbing will result in a lot of local artistes and technicians losing their jobs,” he fears.

He calls it as a “conspiracy” of pro-dubbing groups to make way for multinational companies and television channels to reap profit through dubbing. “Pro-dubbing groups are portraying dubbing as a tool to view quality programmes and movies of other languages in Kannada. But, once dubbing is introduced, it will pave way for the screening of low quality movies and TV programmes,” he cautions.

Impact is more on TV than cinema

Award winning director P Sheshadri sees huge impact of dubbing on television than on cinema. Cinema is a choice, where audience can go and watch the dubbed material by paying price. When it comes to television, dubbed content will be imposed on the audience.

Financially, it works out cheaper for a producer and television channel to air dubbed serials than remaking them. There are all possibilities of most of the serials getting dubbed in future, killing the originality. Now 50-60 per cent of the serials are remade in Kannada, but invasion of dubbing might lead to airing of 90 per cent dubbed serials, he opines.

Sheshadri forecasts negative impact of dubbed TV programmes on Kannada language and culture in the long run. “Kannada culture has already been damaged due to remade serials. Dubbing will ruin things further. Audience of Karnataka will have no other option but to watch dubbed serials that mostly portray the culture and tradition of North India and follow the same culture without understanding its origin. Another danger of dubbing is on language. In an attempt to lip sync the language, Kannada may be twisted and used according to one’s convenience, thereby killing the language,” he warns.

He also points out at how Tamil and Telugu TV industries which have bore the brunt of dubbing are fighting against it, at a time when Kannada industry is trying to introduce dubbing.

It could be recalled that Tamil TV serial industry had called for a strike in April 2015, opposing the rising number of dubbed serials that are taking over large TV screen space in the State. Tamil and Telugu TV fraternity have claimed that dubbed serials have left many local artistes and technicians unemployed.

Apart from film industry, even litterateurs including Baragur Ramachandrappa, Chandrashekhar Kambara have opposed dubbing in the past, under the presumption that it will open doors for import of substandard entertainment from other languages.

After the CCI verdict was out, those who support dubbing, have started an online petition requesting the chief minister to uphold freedom of expression of Kannadigas by allowing dubbing. Kannada Grahakara Koota President Ganesh Chetan clarifies that they have been favouring dubbing without any business interest in mind.

“We are all common citizens who love watching movies and programmes without any barrier. All we ask for is, allow us to watch other language visual entertainment programmes in Kannada as it is our fundamental right. There was no official ban on dubbing, it was only psychologically enforced and now we believe that it is cleared,” he says.

Vasanth Shetty, a techie and supporter of dubbing says that it is time for the other party to arrive at a consensus and take a middle path to protect the interests of consumers and the industry in mind, rather than continuing the fight.

Referring to the dubbing ban, he asks by imposing an unofficial ban, what the Kannada film industry has achieved so far. “While Tamil and Telugu industries have grown by leaps and bounds, Kannada industry continues to remain small. In fact, dubbing ban is one of the reasons for decline of quality Kannada cinema. Ban helped mediocre talent to survive through remakes of Telugu, Tamil movies, while effectively sidelining talented artistes, story writers. Dubbing will put an end to remake culture and force the industry to look for original scripts,” he says.

To a query on dubbing leading to unemployment, he says there will be an alternative for everything. “Can IT employees protest against the entry of automation with the fear of losing jobs? Similarly, artistes and technicians of film industry should adapt new realities and be competitive,” Shetty argues.

Even though filmmaker and theatre personality Prakash Belawadi personally dislikes watching dubbed content, he says that considering the freedom of choice of viewers, dubbing should be allowed. “When we have not banned translation of books, and have accepted that knowledge comes from everywhere, why prevent dubbing of cinema and TV programmes? Non-dubbing has prevented Kannada audience from watching and understanding world class cinema,” he says.

He too ascertains that the impact of dubbing will be more on TV than on film industry. “A dramatic shift in focus will come from cinema to TV in the days to come,” he says. Meanwhile he suggests it is better to look for innovative ways to solve the problem than protesting and setting theatres on fire. Given the Supreme Court ruling against imposing mother tongue as medium of instruction for primary education, even if anti-dubbing groups approach the Supreme Court, the Court most likely would favour dubbing. It is time to sit and work out things amicably,” Belawadi suggests.

The two fractions apart, perhaps, a lot more of them are unable to take a stand on dubbing. For instance, a famous lyricist of Kannada (who didn’t want to be named) when approached by Citizen Matters admitted that he has not yet come to a conclusion. “When I hear both the versions, I find both of the arguments valid,” the lyricist said.

With the CCI officially deciding that dubbing can be permitted, it remains to be seen how the TV and cinema industries will take it, without being hurt by the double-edged nature of it.

Learning Kannada now a hot trend in Bangalore
Prof G Venkatasubbiah says it’s wrong to impose Kannada
Learning Kannada: It’s not as tough as you think!
‘Kannada film industry wants women to suffer violence in silence’
Can you survive Bengaluru without Kannada?
Not knowing Kannada: Does it mean disrespect to Kannada?
Here’s why a few directors think non-starrer Kannada movies have a future!

The Neralu Photo Project: Express your love for trees through your photographs

Tell your tree story and show your love for trees in the form of photographs for Neralu 2015. Selected photos will be displayed at the photo exhibition at the festival.

A snapshot of the recent Chitra Santhe, organised by the Chitrakala Parishad.