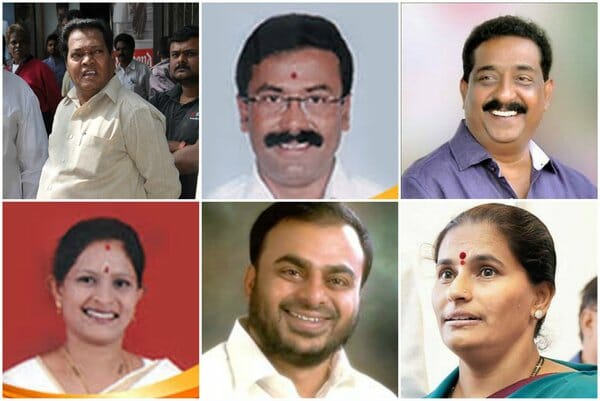 Former mayor Shantha Kumari N, who owned five properties in 2011, is now the owner of 15 houses and sites. L Srinivas who has been re-elected as the corporator from Kumaraswamy Layout, had a total asset of Rs 13.37 crore way back in 2011. Now value of his assets is Rs 29.13 crore. Quite a growth in four years!

Voters of Bengaluru have re-elected 34 ex-corporators this time. A comparison of the declared assets of these 34 re-elected corporators shows that the assets of most of the corporators have increased in last five years.

Citizen Matters did this comparison by checking two sets of affidavits filed by the corporators. The first set of affidavits was filed by the corporators in 2011, soon after they were elected for the council in last BBMP election. They submitted the latest affidavit (Click here if the web link doesn’t work) this month to State Election Commission, which is a formality to be followed by all the candidates contesting the election.

Here are some of the observations found during assets analysis:

Rise in immovable properties: Among 34 corporators, assets of 24 corporators has increased, of which assets of eight corporators have increased exponentially. These corporators include, former Mayor N Shantha Kumari (Maruti Mandira ward), L Srinivas (Kumaraswamy Layout), N Nagaraju (Byrasandra), Rekha Kadiresh (Chalavadi Palya), D Chandrappa (Hombegowda Nagar), Shakeel Ahmed (Bharathi Nagar), K Muneendra Kumar (Jakkur) and M Nagaraj (Gangenahalli). It is not only the value of their prior property that has seen a rise, but also the number of immovable properties that they own.

Ex-mayor goes from 5 to 15 sites: Former mayor Shantha Kumari who had five sites/ houses worth Rs 2.10 crore in 2011, is now the owner of 15 sites/houses. As she has not mentioned the market value of 6 of the 15 sites, the total value of her latest assets can not be ascertained. Of the 15 sites and houses that she owns, she has received four sites through ‘gift deeds.’

From zero to four sites: Chalavadi Palya Corporator Rekha Kadiresh had no sites or flats in 2011. Now she is the owner of four sites and a house worth Rs 60 lakh. She was the Chairperson of Standing Committee on Accounts in 2013.

A 10-fold increase: Hombegowda Nagar Corporator who owned just one house in 2011, is now the owner of three houses. From Rs 19.5 lakh to Rs 1.85 crore, this corporator has gone upward in wealth.

BDA Incentive sites: L Srinivas, Corporator of Kumaraswamy Layout, had 15 sites/houses and commercial establishments five years ago, whereas the number has now gone up to 22. Most of the sites/houses that he owns are purchased, and of them, two are BDA incentive sites in Banashankari. He was the Chairman of Ward Level Works Standing Committee in 2010.

Invest in an asset, lend from the same: There are also instances of the decrease in assets. Take for example, Kadu Malleshwara corporator Manjunath Raju who is also a builder and owner of Pragathi Group. His total assets was Rs 16.70 crore in 2011 and has dramatically decreased to Rs 10.70 crore this year. His liability which was Rs 11.35 crore five years ago, too has decreased to Rs 1.91 crore. Interestingly, a big slice of his movable assets is from Pragathi groups, whereas a major part of loan borrowed too is from Pragathi Group. The 41-acre-land that he owned in Nagashettihalli in 2011, is not declared in the recent affidavit. Instead, he owns a site measuring 990 sq ft in the village.

Assets decreased, liabilities increased: B N Manjunath Reddy who was the owner of 16 sites and houses, now owns 11 houses and sites. Even then, his liability has increased from Rs 47.5 lakh to Rs 1.28 crore.

Only one site, but five cars: Though Corporator Sampath Raj has shown a decrease in total assets, the number of properties that he owns has gone up by one. He used to own 15 houses and sites in 2011, whereas now he owns 16 of them. From one car in 2011 to five cars now, he is also a wealthy man when it comes to cars. However, it is not clear how the value of immovable assets can come down over the years.

Jayanagar looks forward to the D-day

What are they key issues in Jayanagar constituency? Who are the candidates this time? How has the incumbent MLA performed? What is the expectation of voters?

Sarjapur Road continues to be dangerous for pedestrians

Pedestrians on Sarjapur Road look danger in the eye when they walk on the unpaved sides of the busy main road. Bengaluru Traffic Police are trying to help, but more work needs to be done before people can walk without fear.

Here’s what the BBMP’s new garbage tenders are lacking

BBMP does not seem to be learning any lessons from past failures in waste management. CIVIC, an NGO based in Bengaluru, lists the problems in the new BBMP garbage tenders floated a month ago.