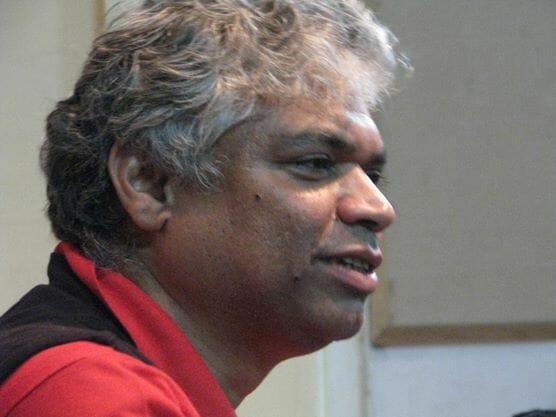 Prakash Belawadi is an artiste and a multi-faceted person who has been working in the fields of arts, culture and media. He is active in the intellectual circles of Bengaluru. He was in the Lok Satta party and contested BBMP elections in 2010. In 2014 Parliamentary elections, he was seen supporting BJP through his Facebook posts. Citizen Matters spoke to Prakash Belawadi, to explore what he, as a supporter of the party in the power in the centre, would expect the government to do. Here are the excerpts:

What should be the priority of the new government?

They should try and implement at least a sense of their manifesto. The manifesto is always a long, rambling document that no one seems to understand. At least 3-4 things they should get right.

Modi has promised minimum government, maximum governance – that means he should cut down the size of the administration. At the moment it is too large and unwieldy. They should create a lean, mean nation in terms of administration.

In an interview, he said that the priority for any government has to be the poor. He must ensure that the poor get attention. It does not mean they should get subsidies or rice for Rs 1. They should get what every middle class person has access to – education, prompt health care, clean drinking water, sanitation. The poor must get attention in the most sensible ways.

Thirdly, experts should be brought into every field. The administration should be done with expertise and knowledge. When you frame policy, when you create the National Development Council, you must make sure that you get the widest possible representation.

What should the new government not do?

Modi has not been voted to build the Ram Mandir, he has not been voted to rewrite the history textbooks – he should not tamper with all this. They should not just keep the Hindutva agenda in the back-burner, they should completely abandon it – nobody has voted for the Hindutva agenda. This does not mean that they should mouth some secular nonsense like the UPA used to do; it means that you empower all communities.

Minorities should not have to look for patronage or protection from any government. The law and order system should be so fair that they should be able to walk to a local police station and file a complaint and get relief. They should not depend on politicians for this relief.

How was your experience helping the BJP in their media campaign?

It was quite traumatic. I didn’t really help them with their media campaign. I did it on my own eventually through my Facebook account. It was too late in the day to get into their system and gel and work with them. I was not working officially for them. I did it on my own accord. It was good in a way because I got to hear voices, which I wouldn’t have otherwise. I also got to clarify my opinion and my head became clearer. It was also disgusting, because a lot of people got extremely nasty and personal as well.

AAP will learn from mistakes, will contest BBMP elections: Prithvi Reddy
What can the MPs do for Bangalore?
What can our MPs do to protect Bangalore’s lakes?

‘Deadline for public input on Planning Authority should be extended’

The draft rules for new planning authority for Bengaluru should be open for public to comment for one more month, says C N Kumar, an RTI activist.

Karnataka HC rules in favour of govt, municipal polls to be delayed

The State government gets at least six months’ time to consolidate its plans for Bengaluru, on dividing and restructuring, after the High Court rules in favour of the State, as the BBMP Council has been superseded already.