Meet Susheel Alexander Samuel – 22 years old and in his final year of mechanical engineering. From this picture, you’re probably wondering what’s familiar with the hairstyle… As a teenager, Susheel was everything parents put on their wish-list. He was diligent, thoughtful, obedient and totally responsible – even when it came to riding his bike. He would always wear a helmet, even if he was just going down the road.

So do bad things really happen to good people?

It was 23rd February 2005 – Susheel had just finished his PU model exams and was getting home along with Sandeep, his classmate and close friend. They were on two different bikes and because of the traffic congestion, Sandeep was probably 20 or 30 yards ahead. The boys had planned to stop over at a friend’s house before heading back home.

They came down Magrath Road near Garuda Mall and went straight on along the football stadium. As Susheel went past Hosmat hospital, little did he know that within the next five minutes he would be coming back.

After he went through the green at the traffic lights, Susheel was suddenly bumped from behind by a biker who was in one big rush to stay ahead. What happened next was a distant blur, but it looked like he was thrown off the bike and landed head first at the edge of the curb. The fall was so sudden and severe, his helmet cracked at the point of impact.

Sandeep soon noticed that his friend was not keeping up with him and came back to check. He found him lying on the road – dazed and convulsive. With assistance from a very helpful couple and a young executive who helped get him into his car, they drove back in reverse gear to Hosmat. Every minute mattered.

One call that parents really dread

The first thing Sandeep chose to do was alert Susheel’s parents; he then rushed home to pick up the money that Hosmat wanted, as admission procedure. When Susheel’s parents and sister reached the hospital, they were not sure how bad the accident was; there were no tell tale signs on the bike – not even a “bruise”. But when they saw the helmet, they knew things were really, really serious.

At the ICU, the emergency medical team updated the family on the options available and the most logical steps they could take in the long and arduous process of reviving him. Initial scans showed blood clots in the brain; there was one large clot near the brain stem that was proving to be worrisome. Tests also showed that the third cranial nerve was impacted – with a series of accompanying risks.

To clear the clots, brain surgery was an immediate option – but would be touch-and-go with a 50% chance of survival. Another fear here was the possibility of the patient being retarded for life.

Having to say yes, when you want to say no

When the nurse came around to get a signature of consent for the brain surgery, Susheel’s father picked up the pen, his hand trembling. In the next few seconds he was placing his son’s life literally at the razor’s edge – sometimes, the only choice you have, doesn’t come with options.

It took the team of doctors four long hours to complete the surgery – and while the procedure went okay, his lungs gave in. Now there was one more machine that he would be hooked on to – the ventilator.

Eventually, it took a little over three weeks for something to happen – even get a faint glimmer of response. When Susheel first regained consciousness, he thought he was waking up from a bad dream. Multiple drips, his head in a bandage wrap and a huge cavity at the front of his neck for feeder tubes. His tongue was strapped down and his hands were tied up to prevent him from tugging at the tubes.

The right half of his head felt numb and he just couldn’t open his right eye. He wondered if he was ever going to open that eye, or be able to see. The doctors feared the worst and weren’t very hopeful of saving that eye. 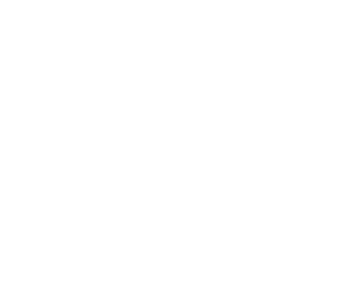 Susheel is back on two wheels (pic: Sharath Bhat)

“When I first surfaced, there was a strange heavy-headed feeling – where was I … Heaven? Hell? Home? Where?”  The bright lights in the ICU and the doctors’ sparkling white coats didn’t quite register in his mind.

Susheel strongly feels that his recovery was the result of three things : God’s healing touch, the support the family got from relatives, friends, neighbors, colleagues – and the prayer chains organised dedicated prayer groups.

Hindus, Muslims, Parsis and Sikhs prayed together – and the extent to which healing vibrations could be felt was unbelievable. People close to the family went on a pilgrimage to places of worship; there were friends practicing long-distance reiki; several churches nearby prayed for him every day during services. A close muslim friend even brought his mat to the hospital and offered prayers in front of the ICU.

The simpler pleasures of coming back home

Getting out of ICU was like being released from prison – every breath of fresh air outside was heavenly. And getting back home was so unbelievable that he had to keep talking to himself saying it was true. “Sometimes, you take even the smallest things for granted – water at home always tastes the best. Your own bed is the most comfortable place in the world.”

Weeks later, when Susheel regained muscle control over his right eyelid and managed to open his eye, he noticed in the mirror, that his eyeball was pointing acutely outwards. Eventually, when he started regaining a soft visual sensation, he noticed that he had double vision, which added to the frustration. He would bump into furniture that he could earlier navigate around with his eyes closed.

So what did Susheel draw inspiration from when he felt really low? “Watching the movie “Black” did a world of good. Here was this girl who defied all odds to make a life out of living. I at least had one, perfectly normal eye…what was I complaining about?”

As Susheel recovered, a lot of things fell into place. In 45 days, he was doing the AIEEE entrance exam with an eye patch – he managed a near 7000 ranking here. He also did well in the COMEDK exam. Unfortunately, the hall tickets for BITS Pilani and MIT at Manipal arrived when he was in the ICU – Susheel was keen on one of these.

As he had missed his PUC second-year finals, Susheel wondered if he could take a wild card attempt at the supplementary exams. His parents were concerned, but undecided; they knew the state he was in and also realised that their son could lose one whole year. If a decision had to be made, it had to be made by Susheel. And he chose to go for it, backed by his teachers at college and the principal.

But the task ahead of him wasn’t easy – he had to revise the entire year’s portions in two weeks. While the time frame seemed to be the initial hurdle, Susheel had another problem to contend with: short term memory. He was worried that he would forget whatever he learnt and draw a blank at the examination center.

When he finally got his results, he had sailed through with a comfortable 68% – the second highest in the supplementaries.

“For me, the big motivating and comforting factor was the support I got from my family, my  teachers and our college principal, who would actually walk with me to the hall where the exams were held.”

So, does Susheel have a message for young people on the road? “Sometimes, I wonder how I survived this, when others probably lost their lives in smaller accidents…”

Over these years, Susheel has been invited to many meets and college functions, where he underlines the importance of wearing helmets and driving carefully. “Keep your eyes open and don’t take your mind off the road …”

“23rd February, this year was four years since it happened. It’s like my birthday, because I believe I was given a new lease of life,” says Susheel

But what a recovery for this young lad who fought hard to get back on his feet and regain normal eyesight. “There’s not a day, when my folks don’t wonder how they came through this ordeal – fighting, praying and surviving.”

Susheel was in the same batch as my son, in Clarence High School and both of them will complete their engineering this July. Susheel will pass out from the HKBK College of Engineering.

Susheel lives in St Thomas Town, with his parents and a very doting grandmother. His father is in government service, his mother is a professor in one of the city colleges and his sister is now based in the US. ⊕

About Sharath Bhat 4 Articles
Sharath Bhat is a freelance advertising writer based in Bangalore. He blogs at www.indianink.in
Website

Ending years of litigation, the High Court of Karnataka has instructed Maverick Holdings to go ahead and build the 1512 EWS flats, but only for the original allottees. Relocation has also been settled.

Cueists who shone at the recently concluded Nationals tournament in Chennai, were felicitated at the function. Varsha Sanjeev and Uma Devi receive cash prizes.

Tariff hikes and purchase of additional power to meet increasing demand are some of BESCOM’s plans for 2011. An Citizen Matters exclusive with ‘reformer IAS officer’ P Manivannan, who took charge as BESCOM Managing Director last October.