Experimenting with food is tricky. As dubious as the idea sounds, it could sometimes draw great experiences. Years ago, we ventured into a strange bylane off stuffy Avenue Road at 11.30 PM in the night. While most of Bangalore slept, this little gully would wake up and savor its food. Carts selling sweets, south Indian fare, and Bhajjis appeared out of nowhere to feed the working class. From creatures of the night, driving around with late night radio to giggly college kids wanting to sample the unusual to weary men and women working in surrounding businesses, street food was everyone’s grub. A leveler quite like no other.

Down south in Bangalore at VV Puram, is a similar leveling ground where the haute monde renounce their accented restaurant-name-patronising ways and the middle class bourgeois leave behind their inhibitions about street food and tuck into steaming hot vada pavs over equally warm banter about mutual acquaintances.

Leading away from the busy VV Puram Circle, Food Street or Market Road as it is officially known as begins with the near historical VB Bakery. The undisputed land mark has long been known for stick-toffees, Congress-butter buns and similar trademark condiments. Food Street, thus, needs little introduction to south Bangaloreans.

Ask anybody and they will tell you – half eaten butter dosas served in newspaper covers in hand- that it has been around for as long as they can remember. Picking up a Masala Happla(Papad) at a shop advertising Chainese Noodles(sic) and simple Kannadiga delicacies such as Akki rottis alongside. “Which paper?” we were asked by the gentleman handing out tokens, even as I began counting the number of self-celebratory newspaper clippings on Food Street that were framed in each shop.

Unusually hard, sprinkled frugally with grated carrot, chopped onions and chilly powder, the combination was enough to induce panic in any self-respecting chef at your local elegant, reservations-only brasserie. The same boisterousness allows the men at the helm of Food Street with their badaam milk and open air gobi manchurian stalls to co-exist in close proximity.

I, having been here many times, over the years, was mildly disappointed at the changes. The prices were upped, some favourite food carts appeared to be gone for good and the crowd seemed to have thinned down. To my first-timer friends, however, Food Street was some sight. “You should have seen it in those days,” I sniffed.

Food Street has its star attractions-case in point, Shivanna’s Gulkhand Center, a household name no less, mobbed for those delicious, home grown Gulkhan desserts. Their alternative, high-on-spice, dry-chaat is so popular, it has sparked off a whole new variety. Some sort of a Geographical Indicator for the VV Puram area I’m coming to think.

Another trademark offering at Shivanna’s is the masala cola/soda- A refreshing concoction made of soda, salt and chaat masala. The Benne-Gulkhand-with ice cream was a nearly justifiable Rs.40. I will maintain that the taste of butter and gulkhan (rose petal marinated in syrup) is one of the most unusual tastes ever. A scoop of ice cream makes it that much better.

The gobi manchurian across the street, unlike most gaadi-Chinese experiments was a bit of a let down. Considering how unhealthy, greasy and tasty it looked, it deserved to score better. The buy of the day, however, was deep fried obbattus (sweet pancakes, sort of?) for an unbelievable Rs.9. Soft and multi-layered, served hot, oozing sweet ghee, the obbattus played to the textbook definition of melt-in-mouth. The same store serves cold basundis, phenis, and cold badaam milk and other south Indian delicacies to its loyal patrons. To give the gulaab jamoons here a miss is sacrilege.

I remember how, years ago, there were carts selling badaam milk in tall glasses, unlike the unflattering plastic cups they hand out in corner shops now. The gentleman manning the cart would skim the cream off the badaam milk boiling in his giant wok-baandli, straight on to your glass of chilled badaam milk. Brings water to mouth and tear to eye, that thought.

Voicing concerns about the missing badaami-haalu-gaadi-wallah to a bunch of old gentlemen, I was told in response that nosy policemen had shooed him and other gaadis off because of unsavory traffic hurdles. I find that strange because the street isn’t exactly critical to the connectivity in the area. Considering its popularity, would it be so difficult to devise alternative motoring routes on Food Street? Families crouched in SUVs and minivans, bustling with loud chatter is the cutest thing, regardless of what the easily irritable policemen may think. 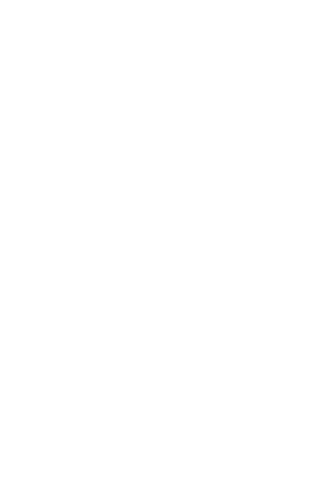 One another disappointment is how capitalism and ways of the modern consumer has sneeringly reared its ugly head here, too. The prices have done an upward spiral. Plastic errata replace the humble plantain leaf coupled with newspaper that food was served on. Those quaint old gaadis are now dwindling in number. The ones that remain are amazingly gadget savvy, however. They play loud music and have multi-coloured lighting, accompanying embellishments and all that jazz!

Moving on to another Food Street specialty, we recommend interesting novelties such as American corn on the cob with mango, expertly chopped off, seasoned with raw mango and chilly flavoring. The innovatively served chilly baby corn was a bit of a massacre on the senses. Emerging from the chilly-hangover, we noticed other wacky ideas such as chilly-buttered-corn and American corn with pineapple. The corn specialties here are a major draw with junta.

Saving the best, and perhaps the most controversial, for the last, I eagerly ventured into the chaat section. One look at the items being dished out enraged our photographer who, with her varied travels, has concluded that Allahabadi chaat was indeed the most genuine and tastiest of its forms. Now don’t get me wrong but I don’t get purists from the gastronomy department.

It hardly helps that I am surrounded by friends who have quasi-philosophical issues with Bangalore–style chaat. Why do they use channa, cries the condescending Kolkatan. Why do they use onions and matar, worries the indignant Mumbaikar. Offer them plain old paani puri as we know it, and they insist on esoteric golgappas, puchkas and god knows what else.

The debate was nipped in the bud with everybody agreeing that food was too noble to be vilified as elements of region. We met a bunch of young people who were enjoying a round of paani-puri themselves- presumably a “treat” in the wake of happy tidings. A rather happy looking family, indulging in thatte-idlis thought that Food Street had gotten too crowded. They, however, believed that not much had changed about the place in spite of my faint protests.

We bumped into another couple waiting for their roti-bhaajis who planned to “start at this end of the street and go all the way to the other end” which, if you were to explore the delights of Food Street, is a fine way to go about the business of it. At about Rs.150-200 a person, be assured of a filling-diverse-culinary outing, that isn’t too hard on the pocket.

Food Street may not serve the best food you ever smacked lips on. It isn’t the dirt-cheap haven it used to be. But it has variety and an experience that beats most other options in this town hollow. Go there for the novel experience. And take a large bunch of friends along. ⊕

Where is the road to school?

A government school operates out of a car shed, as authorities demolished its building in a road widening drive. A year later, the road is neither widened nor is the school relocated to another premises.

For holidays off the beaten track

Concept tours and short breaks are gaining ground in Bangalore. From history to photography, there are diverse interests to explore.