Have you ever seen your grandmother or mother being possessive and nostalgic about their first Mysore silk saree? Just as today’s girls go ga-ga over a Swarovski, it was the Mysore silk saree which used to be considered an evergreen gift for a special occasion a few decades ago. It is no surprise that it has an interesting history as it was a thriving industry in itself in the state. 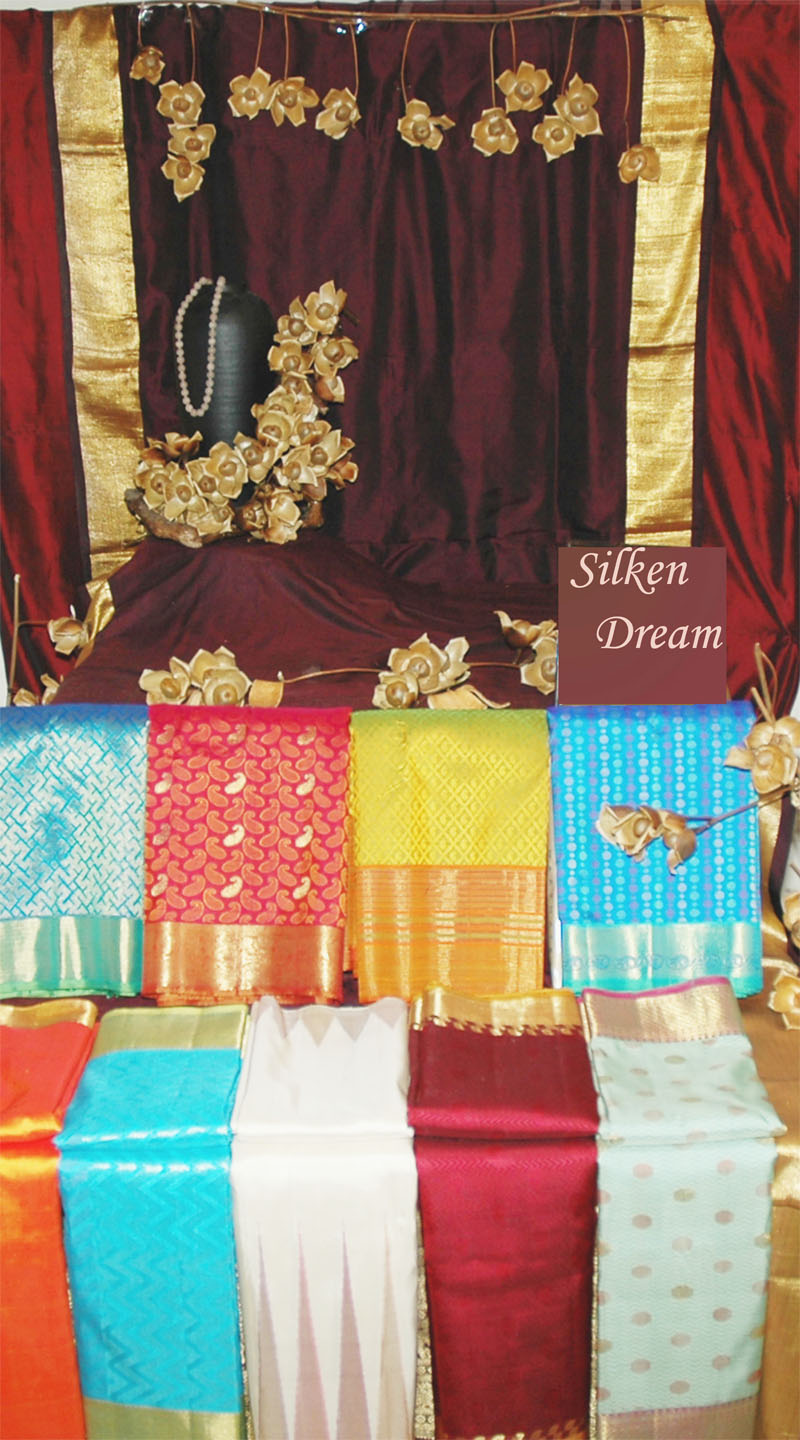 The state sericulture industry saw successful highs in the past before it went down due to several reasons, including lack of technology upgrade at the right time. Bangalore for sure has had a pivotal role to play in the success of the silk industry. We now make an attempt to trace the origins of the rich heritage of the silk saree.

The beginnings of sericulture can be traced to the last quarter of the eighteenth century; much of the credit goes to Tipu Sultan for spearheading this initiative. The Tiger of Mysore set up a silk worm rearing unit in the southern part of the dominion at Channapatna. He imported the old yellow multivoltine silkworm race (which is surviving today as the ‘Pure Mysore race’). In 1866, an Italian set up the Silk Filature Company at Kengeri (at that point still not part of Bangalore). This company got assistance from the princely government.

Although the industry was set rolling during Tipu’s rule, it could not proceed on a good pace until the messiah of India’s industrialisation – Jamsedji Nusserwanji Tata, cast his spell by giving it modernistic touches. On a visit to Japan in 1893, Jamsedji found the Japanese skilled at sericulture. He invited a Japanese couple, who were experts at this to come to India. Jamsedji chose Bangalore due to its favourable climate and for its mulberry trees, as well as the fledgling silk industry, thanks to Tipu Sultan. This effort was supported by the generous Maharaja of Mysore.

The Maharaja endowed a farm house on a rent free basis to Jamsedji Tata along with an annual subsidy of Rs.3000 for the cause. It was here that Indians could study how to grow mulberry trees and rear silk worms et cetera. The Tata Silk Farm was established in 1902-1903. It began as a small filature of 10 basins and a garden planted with various varieties of mulberry bush, and went on to train several Indians from Mysore, Travancore, Madras and the Bombay Presidencies in Sericulture. Thus, the visionary’s gift to Bangalore is not just the coveted Indian Institute of Science but also the silk industry.

Jamsedji Tata never thought of this venture as a profit making one. He wanted to create the means of living for the rural population in India. It was thanks to his efforts that the mission spread to several parts of India after the villagers were trained in the school here. The industry was most thriving in the Bangalore/Mysore district inclusive of Ramanagaram. The institution also gave birth to places of similar character in Sri Lanka, the United Provinces and Punjab.

During the Second World War, the silk industry got a demand boost. All the cocoons produced in the entire state were diverted to produce parachutes for the war in 1942. The Central Silk Board was established in 1949. Also, the Karnataka State Sericulture Department Institute was established in Talghatapura (Bangalore south) with help from the World Bank. The institute undertakes applied research in the silk industry.

Dr. Mahadevappa, who retired as the Additional Director, Department of Sericulture (Karnataka), says that the real estate business in Bangalore urban and rural districts has resulted in reduction in the area for mulberry cultivation in these districts, affecting some pockets in Kolar and Tumkur districts, too. Due to channel irrigation resulting in water stagnation in Mysore and Chamarajnagar districts, mulberry area has considerably reduced here also.

“Karnataka has implemented sericulture projects successfully,” says Dr. Mahadevappa, “not only has the mulberry area expanded but cocoon and silk production has also increased.” He says that the quantity of cocoons required to produce a kilo gram of silk has reduced; that is, Renditta (refers to amount of kilo grams of cocoons required to produce 1 kilo gram of raw silk yarn) has reduced from 18 to 12 under rain fed mulberry and 16 to 9 under irrigated mulberry. This was possible due to all round efforts in technology upgradation, effective transfer of technology to the farmers and reelers, besides improved male component in preparing hybrid silkworm eggs with the Mysore female parent.

He further adds, “Another important milestone in the sericulture industry is the organisation of marketing facilities for cocoons and silk. This is one industry where cocoons are sold and payment received on the same day.”

The Karnataka Silk Industries Corporation (KSIC) had recently organised an exhibition showcasing their history and the latest developments. One of its newest ventures which caught my eye was its move to have naturally coloured silk instead of using dye. The organisation is currently undertaking research in order to explore the option of producing coloured silk directly from the silkworms themselves, by injecting the colour into their body so that they produce coloured silk!

This is the journey of silk in India, with its origins dating back to Tipu Sultan, which is now trying to change its colours naturally! While the future awaits the newest technology in silk, Bangaloreans can once again take pride in being in the forefront of yet another revolution. ⊕

About Arun Patre 6 Articles
The author has not yet added any personal or biographical info to her or his author profile.

Are the new laundrettes taking over from the dhobis?

Some laundrettes charge Rs 25 to wash a handkerchief and some Rs 38 per kilo of dirty laundry. And quite a few people still prefer the age-old dhobi. Never before have options in the city been this diverse.

The exclusive quiz club of RV College of Engineering, one of the first of its kind, is all set to conduct the eleventh edition of its annual quiz fest- Under The Peepal Tree 2009, the biggest quiz fest in the country.