If you’re somewhere around Manyata tech park, you may hear the chirping of birds amidst all the honking and din of heavy vehicles. Adjacent to the tech park, a small internal road will take you to five mini forests, spread across 7850 sq m. All of these have been created by the residents of Manyata Residency nearby.

These parks are the only lung spaces in the otherwise traffic-choked, congested area that houses many high-rise apartments and commercial establishments.

How it all started

As we face the ill-effects of global warming, we need to stop cutting down trees and plant more to make our city liveable for future generations. With this mission, 15 of us green enthusiasts from Manyata Residency – mostly women – formed a collective named ‘MR VrikshaMitra’ in 2018.

In November 2018, we wrote to Kapil Sharma, CEO of SayTrees, an NGO that works on afforestation – particularly the Miyawaki afforestation method – across India. Using Miyawaki method, thick natural forests can be grown in small urban spaces in just a few years. SayTrees then conducted site visits, and also worked with us to identify treated water sources to grow the forests.

Before the monsoon of 2019, we started the plantations, adopting a combination of Miyawaki afforestation and traditional planting techniques. Many CSR volunteers helped plant the saplings too.

In five of the parks, over 12,650 trees were planted using the Miyawaki method. And now, in just eight months, these are turning into mini urban forests. However, it would take 2-3 years for the forests to become self-sustaining. The trees are 12-15 feet tall now, and are expected to grow upto 30-35 ft in five years.

These mini forests were designed such that traditional indigenous trees are at the borders or in smaller patches like triangular corners; and the inner area is made of Miyawaki plantations. As per the Miyawaki method, only native species have been used.

Currently there are walkways between the mini forests, but the pathways inside the plantations are used only for watering. This is because human intervention needs to be minimised until the forest becomes self-sustaining. Once the forests become mature, the pathways will be maintained for people to walk through.

In addition to the five parks where Miyawaki afforestation was done, traditional plantation was done in three other parks. Around 2,340 trees were planted there, taking the total number of trees planted to around 15,000!

Here are details of the plantation, including names of the tree species we selected.

The parks are now a hub for birds and birdwatchers

A variety of birds are spotted in these parks, particularly in Park No. 10, known popularly as ‘The Bird Park’ now. The parks serve as natural habitat for birds; fruit-bearing trees like jamun and mango are a source of food for them. The birds, some of which come from the neighbouring Hebbal Lake, have been documented by birdwatchers too.

Here are some photographs of birds observed in Manyata Residency parks by Dr Anil Menon, a paediatric cardiologist and ardent birdwatcher. 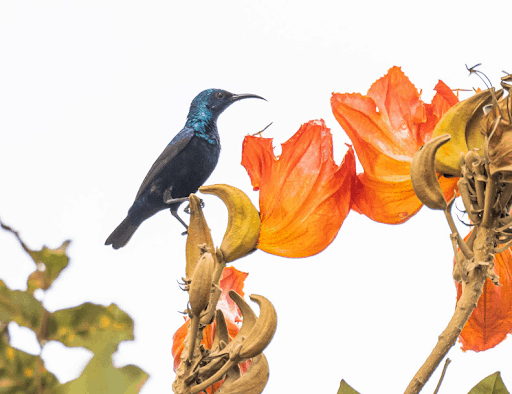 A Purple Sunbird on an African Tulip tree in the area. Pic: Anil Menon 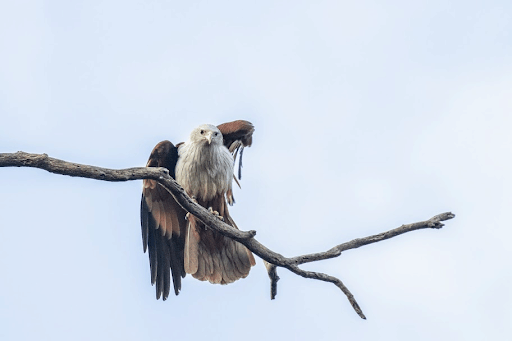 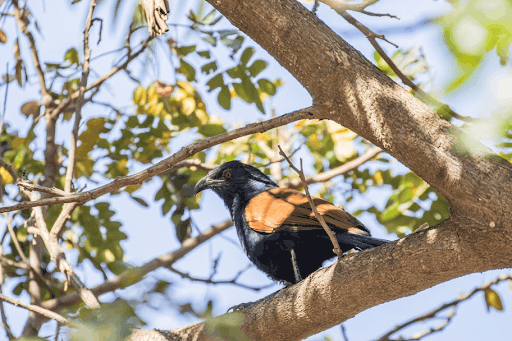 A Greater Coucal resting on a branch. Pic: Anil Menon 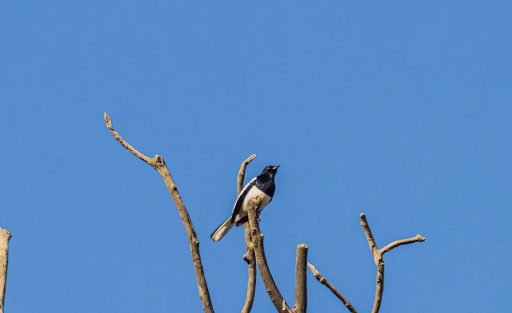 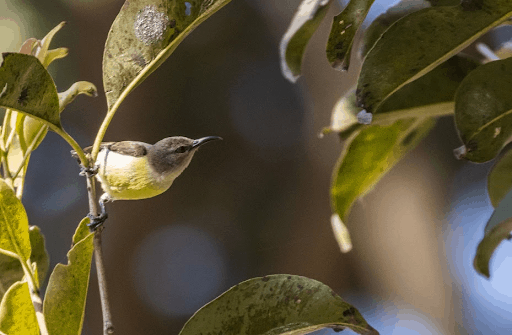 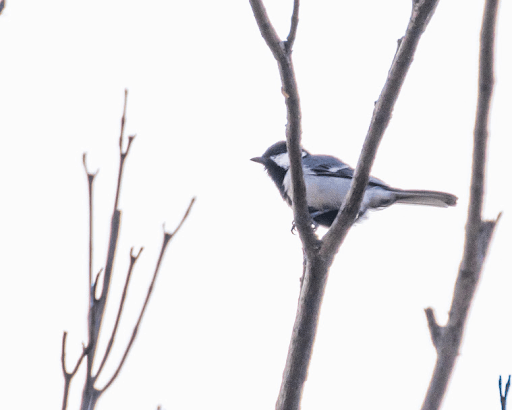 A Great Tit spotted in the area. Pic: Anil Menon 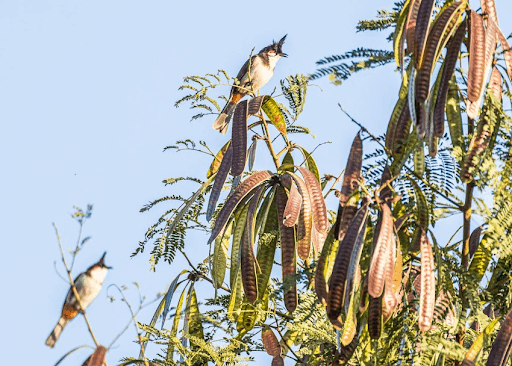 Parks have made the area cooler

Residents here have observed a consistent rise in temperature year-after-year due to increasing construction of high-rise buildings for both residential and commercial purposes. But now, our trees work as natural thermoregulators. Areas covered by the trees show 2-3 degree lower temperated than the surroundings, as per measurements done by SayTrees.

Planting of trees has also cut down water usage for lawn maintenance in the parks, by preventing quick evaporation of water. These forests also have benefits at a larger level, in terms of reducing greenhouse emissions and pollution, and rejuvenating the water table. We are also planning rainwater harvesting units in the parks.

There are challenges too

Air pollution caused by heavy traffic as well as the burning of wood in informal labour settlements nearby, has far-fetching implications on the parks’ bird and insect population. Noise pollution is also a problem.

Another major concern is a Nandini milk booth-cum-cafe that has been set up along the border of one of the parks. (The parks were maintained by the developer until recently, and are in the process of being handed over to the BBMP now.) There’s a thriving ecosystem around mini forests, both above and beneath the soil. Any new structure in the park threatens the natural habitat of the species thriving there.

There is also heavy movement of people, noise and parked vehicles around the Nandini outlet. The plastic straws and cups dumped around the outlet will eventually get mulched as well, choking the soil and microorganisms. 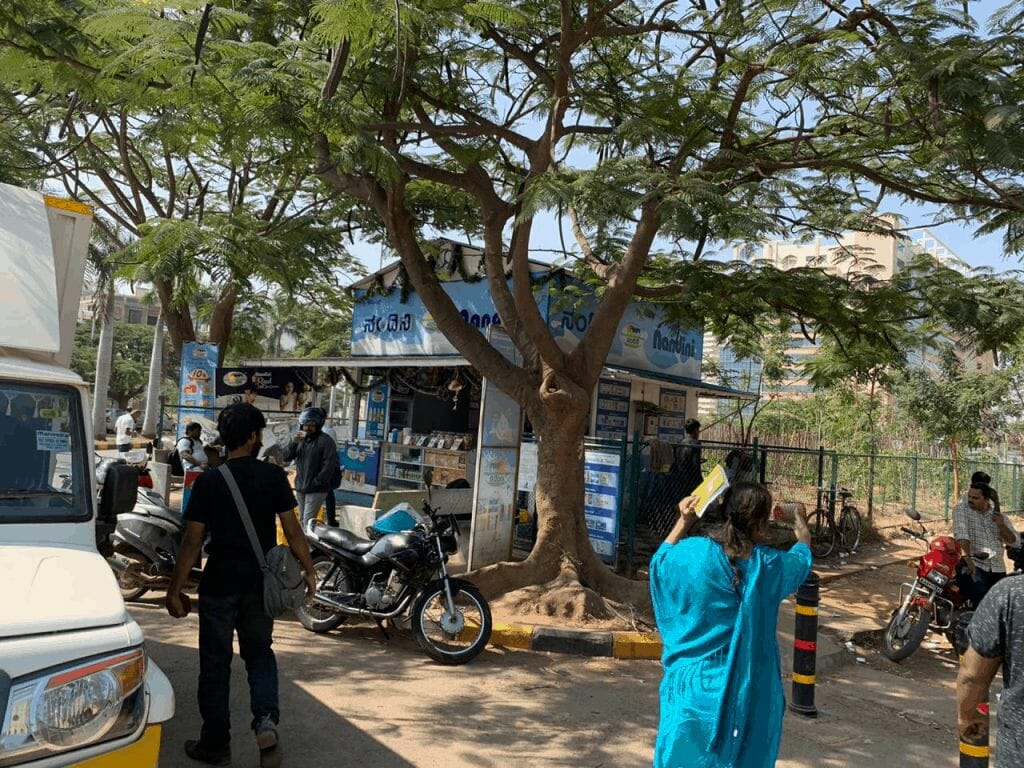 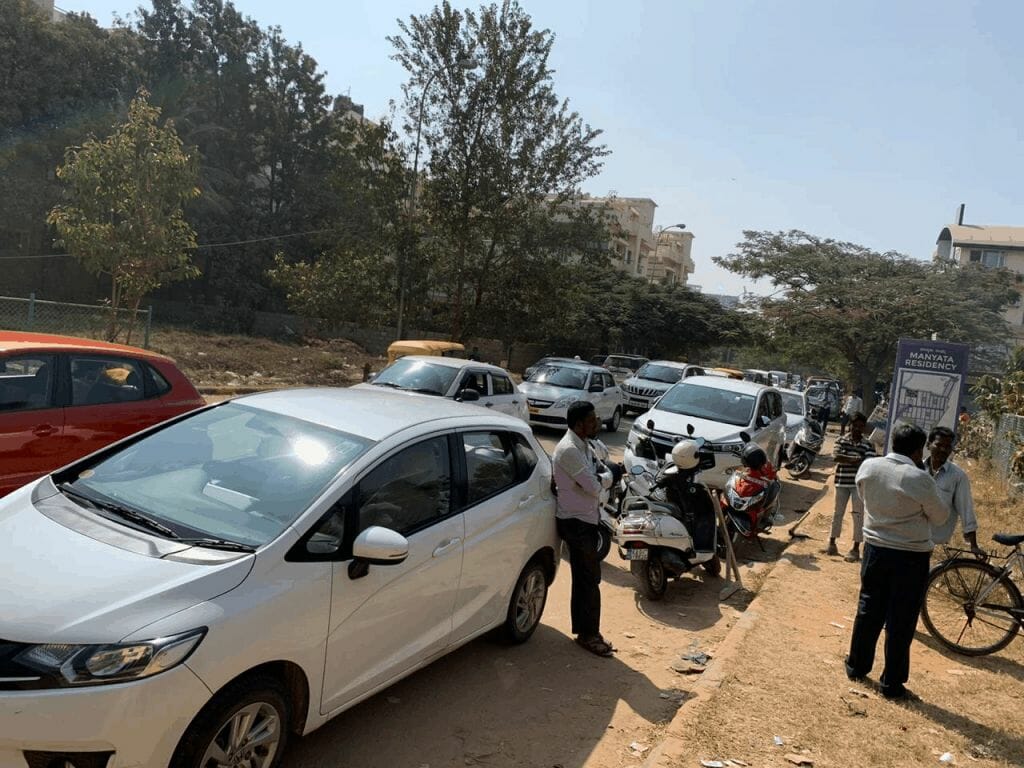 The chaotic traffic area adjoining the mini forest developed in park no. 1 at the back of Manyata Residency where another milk booth is proposed to come up. Pic: MR VrikshaMitra Group

There is also a proposal to set up a new outlet along another park at the back gate of Manyata Residency. Our Residents’ Welfare Association has already written to authorities to stop this allotment and also to remove the existing outlet in Park 14.

According to Kapil Sharma, it is “strongly recommended that the parks be left alone and not tampered with, to turn them into eco-friendly spaces for birds, bees and butterflies… The saplings are densely-planted, and in about five years these will look like natural forests that are aged about a hundred years. There is no concept of relocating in Miyawaki forests as any portion cut off will disturb the eco-network created.”

We are also following up with authorities to get the parks fenced, so as to save the plantations from cattle and also from troublemakers who uproot plants or remove the sticks that support saplings. Miscreants have also been caught stealing baby parakeets and owlets from their nests.

Second-generation saplings need to be planted for many of the older fruit trees in the park, some of which are aged 60, 70 years. If BBMP conducts a tree census, we’d have information on the age, health and longevity of these trees, which would then help us plan the planting of saplings. Previous attempts to grow saplings have been unsuccessful.

Bengaluru will be liveable only if we grow and nurture more trees. Hence these parks should be left undisturbed, and allowed to grow into sprawling forests as they are designed to be.

Get the Citizen Matters newsletter
About Malathi Prasad 1 Article
Malathi Prasad is the team coordinator for VrikshaMitra, a group formed by some residents of Manyata Residency, mostly women. The group has taken up the cause of greening and protecting the parks of Manyata.

Guidelines on home isolation of COVID patients in Bengaluru

What to do if you test positive for COVID in Bengaluru

Why e-vehicles aren’t popular in Bengaluru, and how this can change

Why Bengaluru lakes catch fire, and how to prevent this

Unsure of next meal, poor Bengaluru slept on empty stomach during lockdown

Without cash, migrant workers fall back on their families for roti, kapda, makaan

Domestic workers to protest loss of jobs, wages during lockdown

A solution to the traffic mess at Marathahalli junction

How Bengaluru’s notorious ‘water tankers’ can be regulated

Citizen Matters, Vidhi Legal invite you to a discussion on formalising the Gig Economy