What does this mean?

We often see in the news that so much of MW of power is required for the city, and so much is the shortage. What is it all about? How is this calculated? This is a highly simplified attempt to explain it. So, please don’t compare it with what you read in textbooks!

Electricity means, flow of ‘current’ in a metal-wire (conductor). ‘Current’ is flow of electrons. It’s like a series of cars moving at the same speed on a highway. Does it mean that for a given size of a wire, the flow of ‘current’ has a limitation? Yes, for a particular width of road, only a limited cars can go at a time, for a given thickness of wire. Similarly certain amount of current can pass through a given metal-wire of a given size.

To increase the current flow, we need to increase the size of the wire, in the same way we have to widen the road to make more cars to travel! As the electricity moves like a single entity in the wire, we will consider it as a huge car, that occupies the entire road! The unit of measuring current is Ampere. 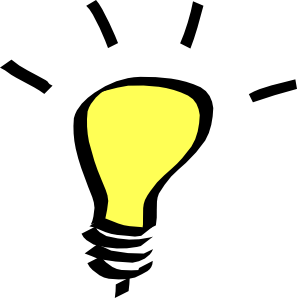 Another term we use is Voltage. What is voltage? Instead of going into the technical definition, simply put, voltage decides the speed of current, like the speed of cars in the road. Higher the voltage, higher is the speed! It’s measured in terms of ‘volt’.

Now, what is ‘power’? Power is the ‘force’, like the car can exert on anything it hits on the road. Why is it important? It’s important, because, that’s how electricity is being used. It hits and makes fans rotate, pumps run, and even heat the heater elements, and make the bulb glow. While doing all these, the current exerts ‘force’, and that is converted to movement, or heat or light! This force is called as the ‘electrical power’, or simple ‘power.’

For example, a fan requires, 50 watts of power to rotate normally. This power has to be supplied every second, to make it run continuously. The voltage we supply at home is normally 230 Volts. If the voltage is less, then the fan rotates slow. The current can’t increase much, as the wires will have limited current carrying capacity.

It’s same with light bulbs. Here, instead of making any movement, the ‘power’ is used to heat the filament to very high temperature, above 1500 degrees centigrade, and thus make it glow with yellow light. If the voltage is less, the ‘power’ is less, and the light becomes dim.

How many localities in Bangalore? 1000? Then 1000 MW of power is consumed. This consumption is otherwise known as the ‘demand’. It means, that the consumers ‘demand’ 1000 MW of power from BESCOM (approximate data.)

Apart from the houses, there are offices and huge industries. They also demand lot of power, for rotating their machines, lighting etc. Each industry consumes huge amount of power. All industries and offices put together consume another 1000 MW of power. Thus, total demand of Bangalore city will be around 2000 MW, when all the machines, lights are running!

But, then, you may say that, all of them do not run the appliances at same time. So, the ‘demand’ is less at nights or ‘break-time’ like afternoon, when it comes to 1800-1900 MW. The highest ‘demand’ for power is in the morning, when your mother runs the mixer, grinder etc., and in the evening when all lights, TV, fan, A/c are on.

You will be surprised to know that, in the mid-night, when most of the industries, offices, and lights are off, the ‘demand’ comes down to 1500 MW. And the ‘demand’ changes with season too. In the winter/rainy season, the midnight demand is still low, to 1200 MW only. As I am typing now, the demand is 1290 MW.

Now what if all the appliances are switched on at the same time, by everybody in Bangalore?! Oh then, the ‘demand’ skyrockets, and crosses, 2000 MW, and goes up to 2100 MW. Then we have a problem.

If you recall our starting point, ‘current’ can’t increase in a given thickness of wire. It means, if all the 1000 locality ‘demands’ more than say, 1 MW power, and my wires can carry only 1000 MW, what do we do? We have no other option, but to cut power to some localities, so that the total ‘demand’ does not cross 1000 MW! Else, our wires will melt and snap!

To avoid this ‘power-cut’, we have to lay bigger lines! That also requires digging the roads or putting new electricity towers, which people do not like. They are also costly. One KM length of a underground cable costs us more 15 lakhs. When a particular locality develops fast, the ‘demand’ increases much more than what was planned.

Infact to add 1 MW to a locality, we have to spend around a crore of rupees. And where our money comes from? It comes from the Electricity bill you pay! So, if we have to lay more cables, then we have to ask for more money from you!

In order to avoid asking more money from you, or till we lay new lines, we request you to do something else. Our request is very simple! We ask you not to use ALL the electrical equipments at the same time. It means, if you use the heavy appliances which need lots of power, at ‘lean-hours’ like, after 10pm or at 3 pm or early morning 5am etc, then the ‘demand’ will not cross 2000 MW anytime! So, no ‘power-cut’!

Every year, we keep on laying new lines, but then, the city is growing faster. So, there is always a gap! That gap results in ‘power-cut’ at those localities where the growth has been very fast, like Yelahanka, Sanjay Nagar etc (development due to new airport) or the eastern parts of the city. We are now laying new cables in these regions.

But, there is another problem. If we overestimate and lay more lines, tomorrow, somebody will accuse us of wasting public money. Even, if we make 1% error in our projections, it will mean 20 MW capacity, and thus, around 20 crores! Huge money. So, we have to be very cautious.

Thus our task is not easy. It’s a fine balance between financial prudence and providing good service. But, yes, we are happy to serve you! We take pride in what we do; empowering you.

This is a Facebook post by Manivannan, BESCOM Managaing Director, republished by Citizen Matters as part of Message Forward, a non-profit service.⊕

Sex workers have their own demands, but the government and the society are not sensitive towards them. They had to protest to draw the attention of the system.

On 26th March, citizens in Bengaluru join hands with their counterparts around the country to launch Dandi March II. This is part of a nationwide campaign to force New Delhi to pass long overdue and much needed laws.