Who doesn’t love getting a chance to hear his/her own language, in a far-off place? Across the world today, niche radio market has found its own place, some of the channels choosing to serve non-native residents. Mauritius has Radio Plus Indiz that broadcasts in Hindi, Bhojpuri, Tamil and Telugu from 1 pm to 3 pm every day. Radio Punjab focusses on South-Asian population in Canada. There are Italian and Spanish radio stations in the USA.

Citizen Matters, through this two-part series, tries to explore why Bangalore, though tagged as being ‘cosmopolitan’ and having seven FM channels, doesn’t have any space for the music of other south-Indian languages. Here’s Part I.

Be it Sudeep-starrer Bachchan’s Mysoorparkalli, the latest Bollywood item number, or even Lady Gaga, radios in Bengaluru blare out music in Kannada, Hindi and English. According to an industry estimate, about 50 lakh listeners tune into the radio every single day in the city, whether at home, in a BMTC bus or in cafes or restaurants.

Bangalore has seven private FM radio stations, three of which play Kannada music, three play Hindi and one English. Despite a fair population of people who speak other south Indian languages like Tamil and Telugu, the private FM stations here do not play music in these languages. However, the national broadcaster All India Radio’s FM Rainbow plays Tamil and Telugu music apart from Kannada, Hindi and English.

Some say that it is a minority who listen to Tamil and Telugu music in Bangalore, who can anyways access these songs via other means like the Internet. Yet others say that the radio industry is still in its infancy in Bangalore (and India) and therefore has its limitations. Radio stations also argue that Tamil/Telugu music will not attract potential advertisers. This, despite the fact that Tamil and Telugu movies are screened in the city’s theatres and do well. 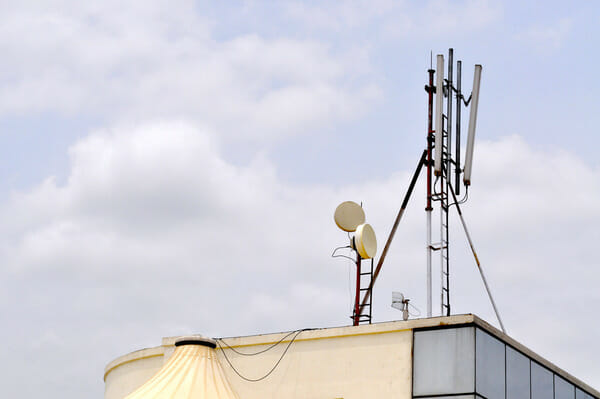 Geoffrey Thomas, former national programming director of Radio Indigo, says radio is primarily meant to be in the local language and is unsure if anyone would risk doing it in Tamil or Telugu. “Everyone wants to make money and that’s the bottomline, especially when licensing costs are high,” he says.

Former Radio Jockey (RJ) Pallavi Somaiah echoes this view when she says that it would be foolishness from a business point-of-view if a station plays Tamil or Telugu in Bangalore. “If you do it, it will be about doing it from your heart, not business-wise.”

Pallavi, who has worked with Red FM, Fever and Radio One, adds that other languages will not work in the city simply because it wouldn’t cater to the mass. “Radio is passive. People will quickly turn it off or change the station if they don’t like something,” she feels.

Programming Manager and Presenter at Radio One, Rakesh Kumar says no station will think of playing Tamil and Telugu music in Bangalore. “People are investing so much money, they will want to make money too. Why experiment? Why shoot in the dark?” he questions.

But it isn’t like no radio station has played music in these languages. In 2006, radio anchor and television journalist Vasanthi Hariprakash, then with Radio City as its breakfast show host, did a show commemorating music composer A R Rahman’s birthday. 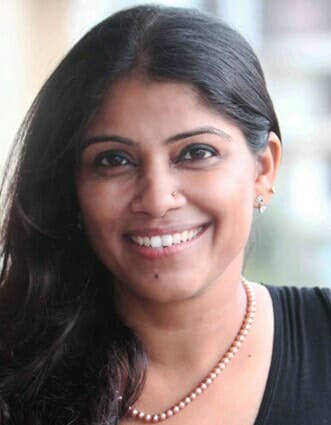 "With the usual Hindi stuff, we played the best of his Tamil and Telugu hits live back-to-back, along with extracts of his interview. Way back, it was huge – deluge of responses on the radio station sms and phone lines, people went berserk.” Vasanti isn’t sure if Tamil and Telugu were mentioned when the show was promoted in the run-up to its broadcast, but she does remember people calling her after the show suggesting she start a midnight Tamil music programme.

While that show in 2006 is probably the first time that the city got a taste of Tamil and Telugu music being played on a popular private FM radio station, attempts thereafter haven’t been so successful.

A former employee of the Sun Network-owned Red FM says that in 2008 when the station played Tamil and Telugu songs on one night, stones were pelted at the office the next day. “We did not get a friendly response. We got threatening calls”, says the former employee.

A similar incident is said to have happened with Big FM when they played Tamil and Telugu songs but eventually stopped after pressure from the Kannada film industry.

Citizen Matters was unable to officially confirm these incidents with Red FM and Big FM.

So while the common argument for the absence of Tamil or Telugu music on Bangalore’s private FM radio, is that of business, there is also the factor of politics and culture.

A popular RJ, on the condition of anonymity, says that about a year ago there were internal discussions at one or two radio stations about putting together a ‘Southern Spice’ concept which would be a weekend show of Tamil, Telugu and Malayalam music. “The local film industry objected to this saying they won’t give rights to their music, if this is done,” says the RJ, adding that there is pressure politically and from local activist groups like the Karnataka Rakshana Vedike (KRV).

While this RJ feels that the concept will get a lot of listenership, he is unsure of whether it will be financially viable, as "high listenership does not mean high revenue in radio."

Take the case of a radio station such as Red FM run by the Tamil Nadu-headquartered Sun Network. The station plays Hindi music in Bangalore while its stations in Mangalore, Mysore and Gulbarga play Kannada music. Red FM Kerala plays Malayalam, Tamil and Hindi music. For a station that has access to Tamil music, it is interesting that it isn’t played in the city. (The Sun Network also happens to run the ‘Udaya’ chain of Kannada channels in Karnataka.)

Filmmaker and convenor of the Karnataka Television Workers Association B Suresh says that if a radio station like Red FM decides to play Tamil music, it won’t be a market-driven decision. “It’ll be because they have that investment already, they have the music, they will only be trying to push the material they have.” Suresh feels other south Indian languages will not work in Bangalore because the majority population is Kannada-speaking.

And then there is also the argument that when Kannada music is not played in Chennai, why play Tamil music here. Similarly with Andhra Pradesh. Senior Kannada Journalist S C Dinesh Kumar cites this reasoning and says since states in India have been formed on the basis of language, each state should stick to that.

Music composer and member of the Congress party Milind Dharmasena says the issue is completely political, attributing it to the border and Cauvery issue.

Journalist and theatre personality Prakash Belawadi says that if one decides to start playing Tamil and Telugu music, it will have to be a pro-bono effort. “Who will advertise on it?” he asks, explaining that FM radio is local. “You are targeting the cab driver or the bus conductor who is most likely to be local.” Belawadi also feels that it would not be practical to do radio in Tamil or Telugu in a city like Bangalore. “If you are talking about traffic in a certain part of Bangalore, it won’t have the same effect as it does in the local language. Beyond film songs it will become difficult.”

Kannada film director and actor Pawan Kumar feels that while the option of being able to listen to other languages should be available, listening to the radio in the local language helps you connect to the city. On a recent trip to Chennai, Kumar says he was listening to the radio in a cab and quite enjoyed it despite not understanding Tamil. “I think radio is an opportunity to teach someone the local language, so Kannada would be good.”

Is there a niché radio market in Bangalore?

In November 2011, when the song ‘Why this Kolaveri di’ from the Tamil film ‘3’ was released, it became an instant hit. While the lyrics of the song are almost entirely in English, it still holds the record for the only song from a Tamil feature film to be played across radio stations in Bangalore. It may appear unlikely that Tamil (or Telugu) music will be broadcast on the city’s private FM stations anytime soon, but there are voices that say the option should be available or an alternative solution needs to be looked at.

Radio listener Sudha Gaurishankar, 26, says there should be channels for other languages catering to those who have moved to the city from other states. If other regional languages aren’t allowed here, why is Hindi allowed, she asks.

Another radio listener John Thomas, who is also a senior journalist, feels radio should allow a fair mix of languages and set time slots for each, which will result in a wider listener base. “The way to pull in listeners and retain them is by actively encouraging listeners’ choice in whatever language it is.”

Dharmasena, who has composed music for Kannada films like Gowriputhra, suggests that the south Indian film industry should come together and reach an agreement wherein all the stations in the south have a weekend show playing a mix of music from all south Indian languages.

Geoffrey Thomas says a possible way of bringing in other languages is after Phase 3 of radio license auctioning wherein there may be an option for one station to have more than one license. Belawadi also suggests something similar. “When the bandwidths are opened up, maybe you can get a place for niche operators, like Classical Carnatic music on one, Ilaiyaraja on another… In my opinion, niche content works when there is a quality market”, says Belawadi. Unlike in the West, where more number of licenses have been given allowing more kinds of radio stations to emerge, the radio market in India is still nascent.

Vasanthi feels there is a huge market in Bangalore for Tamil and Telugu. “…and I don’t mean only native speakers of these languages – even Kannadigas appreciate music from all over the South, besides of course Hindi,” she says.

The fate of Kannada music

Singer, songwriter and music composer Raghupathy Dixit says the Tamil and Telugu film industries are bigger than the Kannada industry. “They will pump in a lot of money. So yes, Kannada music labels may complain because radio is one of the best ways to promote music.”

However, it’s not just about Tamil or Telugu music versus Kannada. It’s not like Hindi and English music have a free ride here. There is a section in Bangalore today that is protesting against radio stations that play Hindi and English music and not Kannada music. It has also led to the filing of a Public Interest Litigation (PIL) in the Karnataka High Court. The Karnataka Audio and Video Owners Association has publicly requested all radio stations in Bangalore to promote Kannada and play Kannada music.

In Part II of this series, Citizen Matters will explore the reasons for the protests against non-Kannada content on radio, the angst of a certain section in the Kannada film industry, the history of private FM radio in Bangalore and what FM guidelines say about the language of content.⊕

Udaya Kumar P L, an accidental historian who unearths and preserves inscriptions, has won the 2019 Namma Bengaluru Award for ‘Citizen Individual of the Year’. Ashok Kamath, who runs Akshara Foundation, is ‘Namma Bengalurean of the Year’

BBMP Ward Committees should be inclusive