Bangalore’s water crisis has been averted for now, with a newly-formed committee appointed to look into the water supply to the city. One tmc ft (thousand million cubic feet) of water will be diverted from Hemavathi river to the KRS dam; currently there is one tmc ft of live storage existing in KRS dam as well. “Together, this two tmc ft water will meet the requirement of Bangalore till monsoon. The water requirement of Bangalore is 1.2 tmc ft per month,” says a senior BWSSB officer, on condition of anonymity.

The committee to oversee the process, was appointed after a meeting of top bureaucrats with the Chief Minister on 17 May 2013. The three-member committee includes Chairman of Cauvery Neeravani Nigama Ltd, Chairman of Karnataka Urban Water Supply and Drainage Board, and Chief Engineer (Cauvery) at BWSSB. The committee got to work yesterday (18 May), with meetings on implementing the decision. 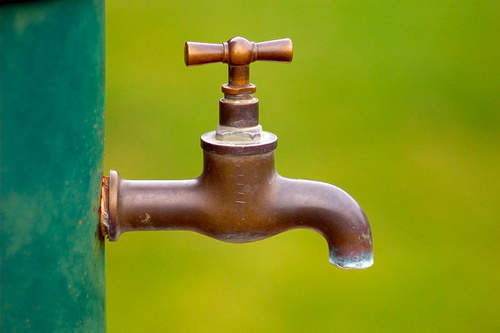 Work is also on to remove the blockage around the outlets of KRS dam, for better flow of water. Some water has been released from Hemavathi already, but it will take a day or so for it to reach Bangalore, says the BWSSB official. “By Sunday evening or Monday morning it should be available. We have shut down only 20 pumps, 40 others are still working,” he says.

The committee has been asked to assure that Bangalore gets 600 cusecs water per day; 600 cusecs, after accounting for losses, will make up 1150 MLD, the requirement of Bangalore. Currently, 280 cusecs of water is reaching the city.

The water crisis had reached such abysmal levels that only 700-800 MLD (Million Litres per Day) water was reaching Bangalore. Usually this is about 1150 MLD. On Friday morning, BWSSB PRO T C Sarala Kumari had told Citizen Matters that at the current rate, water in KRS dam would last only four days for Bangalore.

The dead storage level in KRS dam is 60 feet; the current level is about 64.5 feet (the 1 tmc ft mentioned earlier is the quantity of water that lies between these two levels now). “We will not access water in the dead storage as this will affect the stability of the dam,” says the BWSSB officer. Dead storage is the water level below the lowest-level outlet of the dam; it is accessed during emergencies only.

Rain had been poor last year, and most dams in the state had not filled to capacity earlier. The threat of shortage has been there for long. On the delay in making the decision to take Hemavathi water, the officer says, “Hemavathi itself has only 2.6 tmc ft of live storage, and many towns depend on it. If they don’t need water, it will come here. This was essentially a political decision to be made.”⊕

Avoid these roads, on account of AAP Road Show on March 15

Don’t get stuck on these roads today!

Several hundred pourakarmikas gathered at the BBMP Head Office today to demand four months salary. The BBMP, which is the principal employer of these pourakarmikas decided to pay the workers directly from January 2018, and

Tickets to zip down the Metro

You may not be able to pronounce Baiyappananhalli, let alone spell it. But Bengaluru’s Metro phase I starts there in its run to MG Road and here are the fares.