Finally the Central government has taken the major step of implementing the direct benefit transfer scheme for LPG subsidies. This will be implemented 1 June 2013 onwards in selected 20 districts all over India, including Mysore and Tumkur. Petroleum Minister Veerappa Moily issued a statement to this effect on 15 May 2013.

Public sector banks also have started alerting the customers and educating them on linking their accounts to their Aadhar cards. According to Moily, oil companies will credit the subsidy amount to the bank accounts of the customers; the government will transfer the subsidies to the companies every quarter. 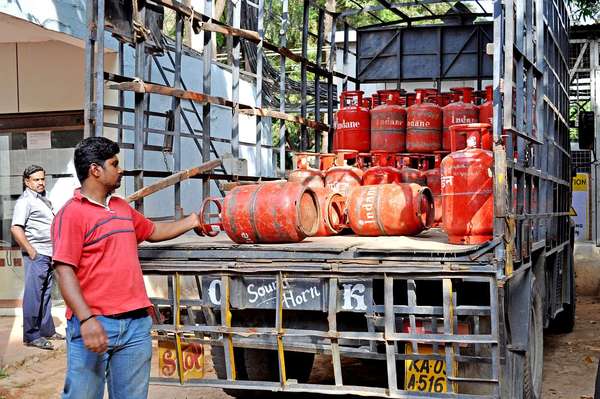 What is Direct Benefit Transfer?

The Central government introduced Direct Benefit Transfer (DBT) scheme, also called as the Direct Cash Transfer scheme, for various welfare programs by the government such as pensions and scholarships. The scheme is aimed at reducing corruption by eliminating middlemen in the scheme of transferring the benefits to the beneficiaries.

The Phase-I of this program was initiated from 1 January 2013 in 43 districts of various states including Karnataka and Andhra Pradesh. Phase -II is all set to roll out on 1 June 2013, in which LPG subsidy is included.

How does the new system work?

In the existing system, the consumers of subsidised LPG have to pay a subsidised price of anywhere between 410 to 420 rupees for a cylinder of 14.2 kg. A cylinder actually cost the double, of almost 50% was borne by the government.

Now, the consumers need to pay the full non-subsidised market price for LPG at the time of purchasing LPG cylinder. The DCT scheme mandates that the full subsidy amount should be credited to the accounts of the customer directly. The Aadhar card system would be the link that will join the consumers’ bank accounts to their individual LPG accounts. The scheme basically will put an end to the illegal diversion of domestic LPG cylinders for commercial purposes, and the illegal sale of subsidised cylinders. Important thing is, the bank needs to be a public sector bank, like SBI, Canara or Syndicate bank.

■ Aadhar card compulsory for all the gas connections

■ Those who want to avail subsidy must have an account in public sector banks, and link it to their Aadhar card

■ Subsidy amount will be applicable only nine cylinders per year.

Here is the process: As soon as you book your first LPG cylinder, you will receive an amount equivalent to the subsidy in your bank account. This will be the advance subsidy that you use for buying the cylinder with non-subsidised price. As soon as you get the first delivery of the cylinder, an amount equivalent to the subsidy will again be deposited to your account. This will be your subsidy for the next cylinder you will book. This will continue for nine cylinders in a year- the cap for subsidised LPG cylinders fixed by the Central government. After nine cylinders, you will be eligible for the subsidy only in the next year.

Is Bangalore ready for the scheme?

As none of the DCT schemes have been implemented in the city yet, people have not found any use for their Aadhar cards yet. Majority of them are not aware of how the scheme works.

The procedure to be followed by the customer to avail this program is to submit his Aadhar card number along with the bank account details to their gas cylinder dealer, along with the Know-Your-Customer (KYC) form given by the gas agency.

"We have 5000 accounts in our branch out of which only a 100 have registered with Aadhar cards," said a branch manager of a bank in HAL-II stage who did not want to be quoted.

In Bangalore, however, public sector banks and government gas agencies are yet to find out more about the scheme. The time gap in which the subsidy will be credited to the customer’s account is not known to anyone. Gas agencies in some areas don’t seem to have clarity on whether people who haven’t procured their Aadhar cards till date would be eligible to avail the LPG subsidy from the government or not.

However, an official from Indian Oil Company who did not want to be named said that subsidies will be applicable only for the connections that have an Aadhar-enabled bank account. He informed Citizen Matters that the scheme will roll out in Mysore and Tumkur in the pahse-II, and will be launched in Bangalore very soon.

But not everybody seems to have this knowledge. "We are expecting the DCT scheme to be introduced in the month of October," said Suresh, who is accountant at Anant Indane gas agency, Airport road.

Agencies of Hindustan Petroleum gas in Malleshwaram area have started collecting KYC information and Aadhar card details long back. "They had even gone to the extent of disconnecting the gas connection because there a delay in submitting Aadhar card," says Sharada, a resident of Malleshwaram, whose connection was restored after she submitted the Aadhar card.

"We have not yet received the orders from the Head office to collect Aadhar information from the customers." said Padma, a senior staff member at Bharat gas agency in Uttarahalli. She said that LPG holders would have to pay the Rs. 857 for each cylinder and the deficit of Rs. 420 for each cylinder would be credited to the customer’s bank account.

While the Centre is yet to sanction the ORR-Airport Metro line, three civic groups have written to Housing and Urban Affairs Minister Hardeep Singh Puri, requesting a review of all transport infrastructure projects in Bengaluru. Travel needs of citizens have changed with COVID, and hence investment in transport infra also needs to change, their letter says.

‘Nirbhaya Karnataka’ for a state safe for women

Increasing number of incidents of attack on women reported in Bengaluru; ‘Nirbhaya Karnataka’ (Fearless Karnataka) collective formed to reclaim public spaces and promote safety for all.